PRESS RELEASE: Abortion Rights Campaign concerned that voices of those affected by the 8th Amendment not being heard at Citizens’ Assembly 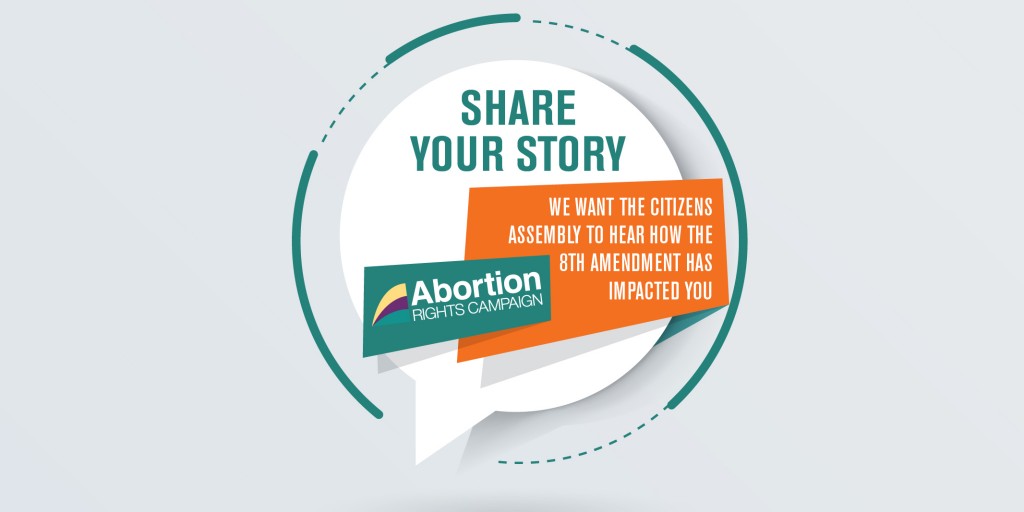 Issued by the Abortion Rights Campaign

Comedian and writer Tara Flynn, who last week spoke publicly about her experience of travelling to Holland to have an abortion, will MC at the fourth annual March for Choice, in Dublin at 2pm on Saturday 26th September, 2015, organised by the Abortion Rights Campaign (ARC).

Speaking about the March For Choice, Flynn said: “Scaremongering and abstract arguments, as well as shaming tactics and stigma, have dominated this narrative for too long. It’s time to acknowledge real women’s stories – women we all know – and actual facts: hundreds of thousands of women have had to travel and will continue to travel for healthcare they need, or put themselves at risk. Silence has got us nowhere. It’s time to talk.”

During a discussion at Electric Picnic, entitled ‘My Body My Rights’, Flynn revealed that she had travelled to Holland for an abortion some years ago, saying she would rather not have made it public, but wanted to put a face to the statistics. She subsequently wrote about her experience in Monday’s Irish Times:

Other speakers at the march will include Clare Daly TD, as well as representatives from the Abortion Support Network, Aims Ireland, the Trade Union Campaign to Repeal the 8th Amendment, Akina Dada Wa Africa and Speaking of Imelda.

Janet O’Sullivan of ARC said: “The landslide vote for Marriage Equality and the passage of the Gender Recognition Bill this year demonstrate clearly the huge appetite for change in Ireland. This will be the last March for Choice before the general election, so we want to make it clear – to get our vote, politicians must make a commitment to Repeal the 8th Amendment, so we can take a step closer to securing free, safe and legal access to abortion in Ireland.”

The march will be joined by many of the 215 activists from Alliance For Choice Belfast who signed an open letter in June admitting they had broken Northern Ireland’s abortion laws by using or supplying abortion pills. The activists are “inviting prosecution”, to challenge the law under which a woman in her 30s has been charged with procuring an abortion pill for her teenage daughter. Police have so far refused to prosecute any of the activists.

One of the signatories, Kellie O’Dowd, said: “We at Alliance For Choice Belfast will be bringing a bus of supporters to march with our sisters in the South on a day that marks the decriminalisation of abortion. We know that change in one jurisdiction on the island would benefit everyone, and we will continue to campaign for free safe and legal abortion across the island of Ireland.”

Janet O’Sullivan of ARC said: “This year we will be joined by a cohort of MEPs who will bring the inhumanity of Ireland’s laws to a global audience. A delegation from the European Parliamentary Committee for Women’s Rights and Gender Equality (FEMM committee) has chosen to use one of their European parliamentary Turquoise weeks to visit Ireland, to highlight the outstanding areas of gender inequality written into law in Ireland.”

The march will start at 2pm in Dublin at the Garden of Remembrance (assembling from 1.30pm), and ARC is asking supporters to bring wheelie cases “to make heard the sound of the thousands of women forced to travel abroad for abortions every year”.