Why I’m marching by Angela B 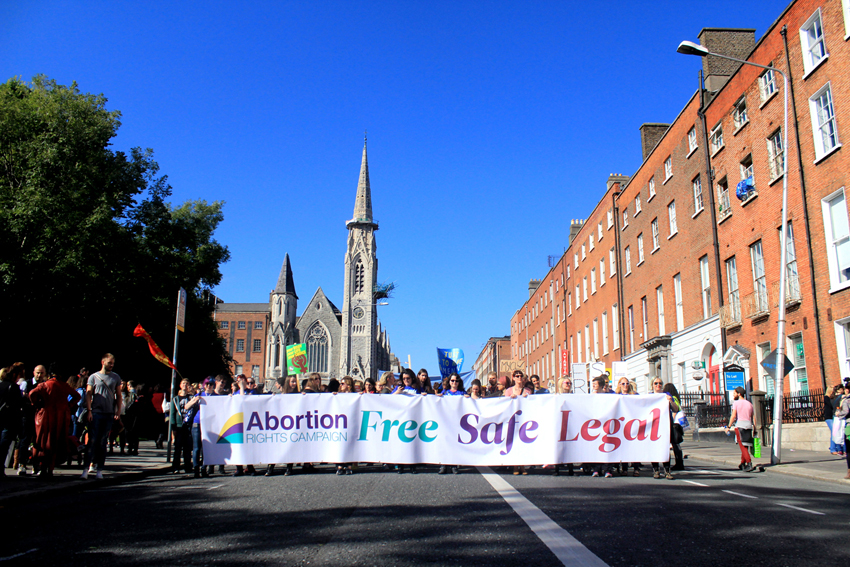 I’m marching for Choice on 24th September because I want to secure free, safe, and legal abortion services in Ireland.

I see dignity of the person and bodily autonomy as central to abortion rights. Each of us needs to be able to direct the course of our own lives, based on informed decisions. We need to be able to choose what is right for us (and sometimes, for those closest to us). We need to be able to make these choices so that we can be best equipped to realize our full potential and live happy, fulfilling lives. I cannot accept that an implanted embryo has the same rights as a fully realized person. I cannot accept that a child should be forced to carry a pregnancy to term, no matter whether she understands what is happening to her, no matter the consequences to her mental and physical health, no matter the consequences to her future ability to realize her dreams. I cannot accept that any woman should be denied the choice to decide whether having a child is right for her at any time in her reproductive life.

I was born in 1983, that bleak year for women’s bodily autonomy and reproductive rights. I attended a so-called ‘Vocational’ school that permitted teachers to inculcate their students into an anti-choice perspective, creating a little army of foetus-foot-pin-wearing anti-choicers. Being confronted with feminist theory, Marxist theory, and postcolonial theory at university quickly helped me to divest myself of the misinformation and scaremongering that is still so common in the abortion debate. I have been an atheist and a secularist as long as I can remember. Religion has never influenced my stance on abortion. No-one’s religious beliefs should inform legislation in modern, democratic republic – as Ireland is supposed to be.

2 thoughts on “Why I’m marching by Angela B”