Why I march by @Ciarabelles 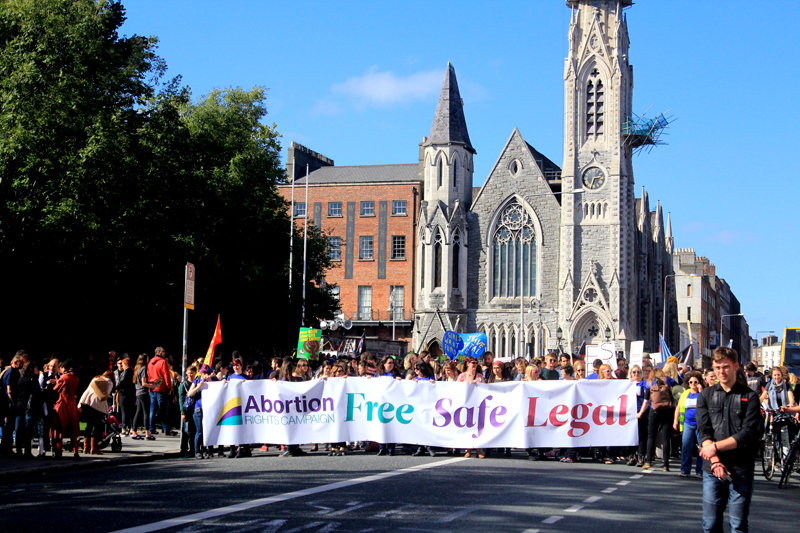 As always, abortion remains a topical subject in Ireland. Whether you’re pro-life or pro-choice, it doesn’t really matter, what does is that the subject is always there. As I’m largely interested in women’s issues and current affairs as a whole, abortion is never far from my mind. It comes up in almost every debate I have with friends, and it’s always something I’m willing to speak freely about.

Why, you ask? Well, a few things about the whole topic bother me.

It bothers me that…

I could go on about this all day, but I won’t. We all know there are so many issues with Ireland’s restrictive abortion laws. For all of these reasons I will be Marching for Choice on September 24th.

I’ll also be marching because:

The list is by no means exhaustive. I’m only speaking from my own view point. I’m sure many more women with personal experiences related to this issue will have much more to say that holds more weight than I. Or maybe they won’t, maybe they’re scared and ashamed and afraid to speak out because their friends, colleagues, family members or community/religious groups (and in some cases even politicians) have made them feel like their choice was wrong. That they should feel bad, guilty and evil for making a choice that was right for them.

I’ll be marching for the women who can’t march, who can’t come forward and speak their truth, or share their experiences. I’m sure there’s many women in Ireland who have been shamed for making their own personal choice to have an abortion and who are now too afraid to speak up. By marching for choice in a few days time I hope some of those women will feel safer in the knowledge that they did what was right for them, that they’re not alone and that there’s so many more women who have gone through the exact same thing as them.

This year’s March for Choice has the theme of ‘Rise and Repeal.’ By marching, I will be making a declaration to bystanders, politicians, pro-life groups, the general public, the country and even the world that I want to live in a country that gives me the right to choose what happens to my own body. An Ireland where women will not have to travel, seek desperate measures, or be afraid to come forward and speak from the heart on the issue of abortion. I want a country where choice is acknowledged and accepted, not ignored, ridiculed or shamed. A country where my human rights aren’t violated, where my medical decisions aren’t discriminated against or even considered illegal,  where women aren’t criminals for making a choice that’s best for them. I want to finally see an Ireland that is free of inequality and discrimination. After the Marriage Referendum there is surely a massive appetite for change in this country. I plan on showing my support for that change on September 24th, and I hope many more will too.

See more of what Ciara has to say on her blog