‘We’re Pro-choice’ Carphone Warehouse advertisements – What do you make of it? 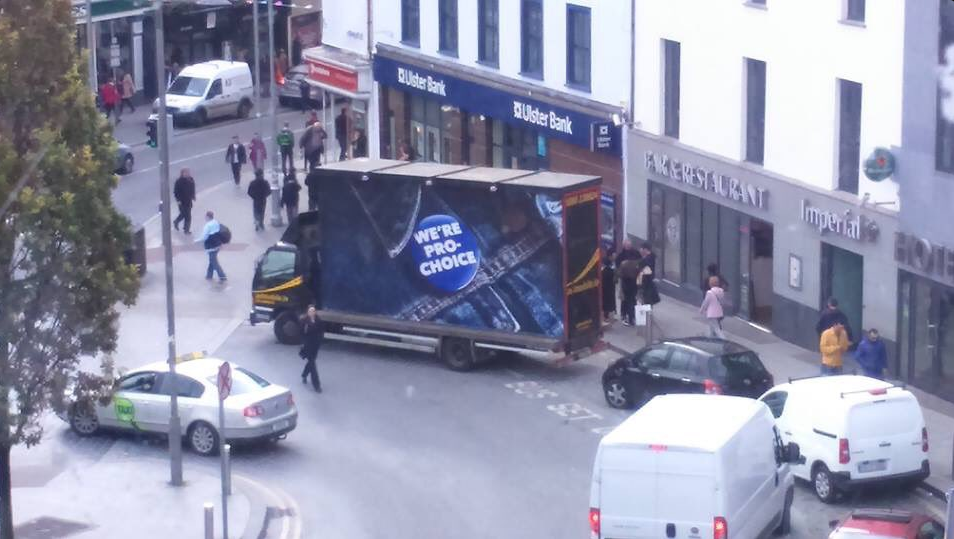 Recently, Carphone Warehouse has made a bold move to use the tagline ‘We’re Pro-choice’ in an advertising campaign. The schtick is that the company gives customers loads of mobile phone options. Get it? They are ‘pro’ giving people choices! Their marketing department has clearly identified the Pro-choice movement as the next big thing. And perhaps it is. They hope that pro-choicers will flock to their shops, while anti-choicers give them free advertising by complaining about the campaign. If they’re lucky, they’ll get some op-ed pieces written about them, which would be a bonus.

On the one hand, a campaign with the slogan ‘We’re pro-choice’ signals a certain relevance and recognition of Ireland’s fight for reproductive rights. Surely this would not have happened this time last year. As the momentum to repeal the 8th Amendment continues to ramp up, the hard work of placing bodily autonomy at the forefront of the national conversation has truly paid off.

On the other hand, selling mobile phones by appropriating the unfortunate struggle for basic human rights belittles our efforts. It’s a slap in the face, not only to the thousands of women who travel every day, but the thousands who cannot travel for various reasons. To commodify the pro-choice movement in this way without any altruism comes off as a mockery of women’s lack of human rights. Also, it’s not a very clever joke. They’ve thrown a baby, a fake ballot about marriage equality, and a pro-choice badge onto their homepage header, as if they couldn’t decide which controversial issue they wanted to use in order to gain the most publicity.

Other companies have created advertising campaigns that doubled as awareness-raising efforts. Benetton, for example, have used their ad space to highlight injustices such as capital punishment, racism, world hunger, and HIV/AIDS. But Carphone Warehouse isn’t using their advertising budget to assist our campaign. They aren’t donating funds to any pro-choice groups. They’re just selling products. They’re being provocative, with the attitude that no publicity is bad publicity. But frankly, it’s a missed opportunity for everyone.

In this day and age, when we have so much information at our fingertips about so many things, factual information about medical or surgical abortion and how to arrange one in the UK is heavily restricted by the 1995 information law.

The information women need is either restricted by law or silenced by stigma. The sad reality is people have an easier time accessing information about various smart phones and mobile plans than they do accessing vital information on abortion services. At least 12 women a day need this information.

We don’t just need to repeal the 8th Amendment and legislate for Free, Safe and Legal abortion. We also need to remove the restrictions on abortion information. Until then, accessing abortion, be it travelling to the UK or using pills illegally, is made all the more difficult by not being able to easily access all the necessary information to plan the difficult journey.

7 thoughts on “‘We’re Pro-choice’ Carphone Warehouse advertisements – What do you make of it?”