Sharing stories: I was either going to die by suicide whilst pregnant or I was having an abortion 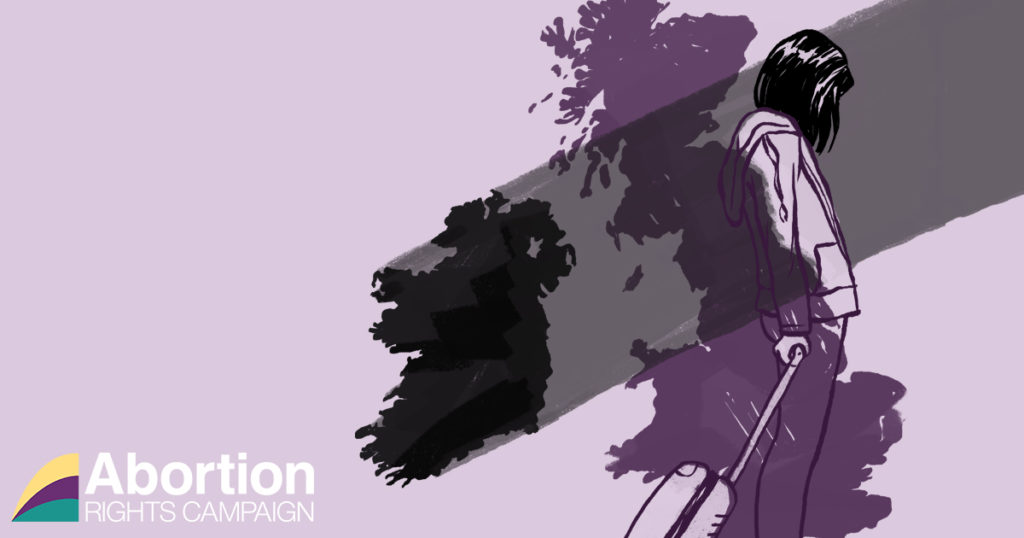 I had an abortion when I was 18. It was deeply traumatic and defined a layer of unhappiness that lasted the better part of a decade before finally dissipating and healing. This trauma, sadness and intermittent despair was not due to my choice to have an abortion. I knew every minute since I booked my flight to Essex all those years ago that I was doing the right thing for me. No, this awful feeling was due to the weight of judgement I felt from this country, a weight I was too young to handle and brush off. But I was prepared to live with that over living through a pregnancy that I was never going to see through to completion, and abortion was the less severe option. 17 years later, I am absolutely certain when I say that I was either going to die by suicide whilst pregnant or I was having an abortion. There was no third option.

I had an unprotected one night stand and I was raped the next weekend – two men could have been the father. I did not have time to come to terms with the fact that I was raped. I was immediately preoccupied with how I could, as a student with rent and bills to pay from my part-time job, afford to travel and pay a private clinic for an abortion.

I called a friend who was born in England, living in Dublin. I called her and did not call anyone else. I told her I wasn’t sure what to do, even though of course I knew – I would have called a closer friend if I really wanted to weigh up my options. I just wasn’t ready to admit IT. I wasn’t ready to admit that I was wholeheartedly sure I wanted an abortion, and so I let her tell me not to be stupid and to go with my gut.

I went to the GP, who confirmed my pregnancy. I asked her how I arrange a termination of this unwanted and traumatic pregnancy. She crossed her arms and told me that the constitution and every other piece of legislation that flowed from it prohibited her from giving me that information. I should seek it out myself. But you’re my doctor and I’m asking what to do about a medical condition, I said through gulped back tears. It’s the 1990’s, so surely I don’t have to board a flight to request information? She asked me to leave and I quietly did. My friend found a clinic in a directory and gave me the number. You make the appointment, I begged. She told me that it was my appointment and at some stage I was going to have to live with the fact that I wanted an abortion. So I called a crisis pregnancy centre and made an appointment there. They locked (yes, locked) me in a room to look at the implements used in an abortion – I felt certain for several hours afterwards of what I would do – I would have the baby, give it up for adoption and immediately kill myself. I rang this friend, without telling her my plan, who said I was dealing with this in an Irish way and that she would not. Or I could cop on and admit that I just wanted to terminate a pregnancy that was at the completely wrong time in my life, and under intolerable circumstances. She was right – I was too weak to say it out loud. I kept suicide in the back of my mind as my back up plan, it was a comfort to know that I could end this horrendous experience at any time.

I rang the clinic alone, got an appointment from a lovely receptionist who went through all the Irish logistics with me (she knew them very well). I rang one trusted family member to get the loan of the money. It was a substantial amount of money and I was so relieved to have one person I could ask. I could not lie about the reason as I had planned to, but I received understanding and compassion. She has kept my secret all these years.

I booked the flight and bought towels. I took the bus to the airport, wandered around like a tourist, boarded a flight like a criminal and landed in England. My taxi driver was lovely, and seemed concerned that I had not brought a friend. I cannot remember how I answered that – any number of things were true. I had told the three people in the know that it was not for them to spend their money coming to support my problem, and I didn’t have the money to pay for their flight. He told me to ignore the protests – they were especially nasty today, as I was his second pick up from the airport to the clinic. “I just drive girls between the airport and the clinic”.  he was the saving grace of my day. He told me he wished boys had to go through this too, and they might think twice. He had no idea how much I agreed with him – but much more about the bigger issue of the men who wrote a constitution that made me a criminal in my own country for needing to do this. He wished me luck and told me to take care of myself.

It was all very decent and very direct in the clinic. They ensured I knew what I was doing and that I knew what my options were should I not go through with a termination. There was no pressure and I could take a couple of hours if I would like to consider my decision further – nothing rushed or judgmental, and the first time I had been asked by a medical professional if I was satisfied that this decision was right for me as a young woman. I felt sure and confirmed. I was upset but so much more about being there alone, being so far away from home for something this big and feeling judged by every person in Ireland – disproportionate and irrational, but true in that moment. I got in a taxi several hours later and returned to the airport, no longer pregnant. I was not staying in a hotel on my own  and I needed to get back to Ireland. I had boarded a flight to save my own life.  I was returning, aching and tired, to a country that had failed me. The flight was a physical ordeal that I would not wish on my worst enemy. I should have been in my bed with a hot water bottle. I can picture standing and waiting to board – I will only go there in my mind for this exercise of explaining my ordeal – it was the single most loneliest moment of my life. It didn’t need to be.

I got a call from the crisis pregnancy group (that no longer exists). I told them I terminated my pregnancy and no longer had a crisis. They told me I had done an awful thing and hung up.

I picked up the pieces of this awful abortion story that was now part of my story. I moved on and tried to change the person I was, deeply scarred and doing my best to pretend otherwise. I changed almost everything about myself. I dropped out of college and refused to see a doctor for anything . I couldn’t stand a repeat of getting thrown out of a doctor’s surgery .

It took years to deal with the fact that I had done something that I deeply believe I should have been allowed to do legally and with decency in my own country. It took years to come to terms with the fact that I had no problem with my abortion, but that my biggest problem was the judgment of the constitution on MY uterus at that time of MY life. It took years to realize I was angry with that. And then, when I started to heal from that, I said to myself that I needed to see a counsellor about the fact that I was raped. And then, painfully at first, I moved on, came back to myself from all of those self imposed changes, met a man, had beautiful children and a nice normal life.

This is an anonymous story because i have never, and can never, tell my parents.  They will never know what has made me so strong. They will never know that part of what made me a very strong person is that I went through an experience that should have been unpleasant yet tolerable, but the book of rules and fairness of this country deemed me a criminal and banished me to live out this experience on my own.

I will never know who made me pregnant, the consensual one night stand or the rape. I know that I was right, regardless. I was right.   I really wish I could tell everyone in person as the country debates this amendment, but that one last step is a step too far in my family.

I have forgiven myself for my doubt, for my self -loathing, for my lack of self-worth in the time directly after my abortion. I never needed to forgive myself for having an abortion. I think of the years I spent coming to terms with the abortionand the experience of feeling abandoned by my country.  How different my life would have been if I had been able to have an abortion in Ireland, have a right to be treated with dignity about my choice, have a friend accompany me to the clinic and not have to work to repay my debt. I would then have been able to afford, mentally and financially , to see a private therapist about the rape that occurred. Hard to believe this is still the case, given how many have gone on flights and ferries in the 17 years since under so many different circumstances and points in their lives.

Thanks for reading. I hope you heard my very real voice and saw my tears as I beg you to consider that I was lucky because I found the money. Without it, there was no more of my story. A box in a cemetery with a life of unfulfilled dreams in it.