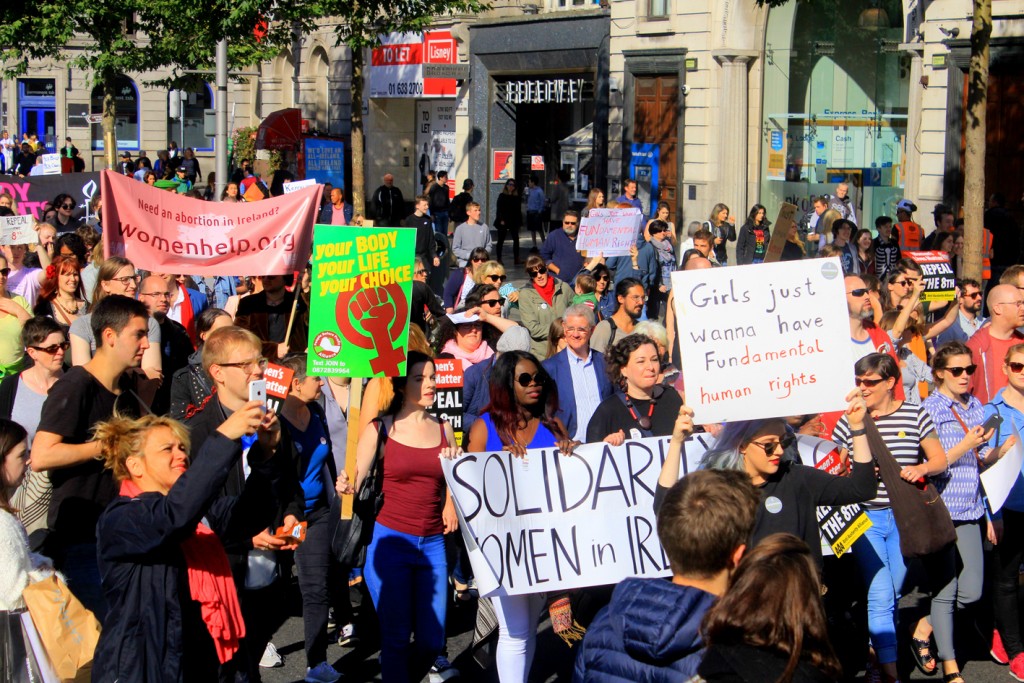 Last Saturday a protest was held in Dublin calling for an end to the culture of violence against women.

Unfortunately, reproductive rights and partner abuse are linked. An estimated 30% of abuse starts when a woman becomes pregnant, although  the abuse can also happen before that.

Pushing a woman to become pregnant can be used as a way to force a woman to stay in an abusive relationship and for the abuser to try remain in her life if she does leave.

As long as the 8th Amendment remains in place, women who become pregnant with an abusive partner are forced to continue the pregnancy unless they can travel abroad to access safe and legal abortion or are willing to break the law by illegally importing the abortion pill. If a woman has faced resistance from her partner to using contraception, it will be even more difficult for her to try and travel abroad or to use the abortion pill here in Ireland.

Removing the 8th Amendment and making abortion Free Safe and Legal in Ireland will help women who find themselves pregnant when they do not want to be, no matter the circumstance which surrounds the pregnancy. Having your choice supported when you have been in an abusive controlling relationship is extremely important.