My Bodily Autonomy, My Choice 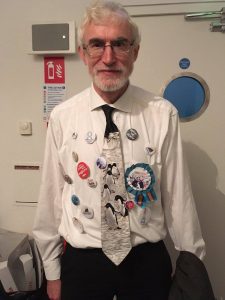 I just got my organ donor card in the post. As with far too many things, I had been intending to do it for a very long time, but had somehow never got around to it. If after reading this you decide to become an organ donor, then I’ll certainly be happy, but that’s not why I’m writing these words. You see, this piece isn’t really about organ donation. It’s about bodily autonomy. More specifically, it’s about abortion.

My organs can’t legally be given to someone who needs them when I die unless I request a card and sign the back of it. Not even if it will save their life. Even though those organs are clearly of no use to me, since I’m dead. Ireland requires explicit consent from organ donors, even dead ones. An opt-in system, as in some other countries, would undoubtedly save lives, while still allowing people to choose not to donate their organs if they object.

The people who die because no suitable donor can be found are unambiguously people. By that I mean that there is no debate about whether they are people or not. They are people like our friends, our neighbours, our family. In my case, my cousin. They are not potential people. They’re not on a path, given several months in a hospitable environment and a certain amount of luck, to develop into people. They are just people. People like you and me.

Fewer of those people would die if we made people say they don’t want to be donors rather than making them say they do. The experience of other countries, which have made that change, is clear on this point.  So why haven’t we done this? The answer is bodily autonomy.

Bodily autonomy is something that pro-choice activists like myself  – I’m active in the Abortion Rights Campaign – talk about a lot. And we often get somewhat skeptical looks when we do. Even people who are broadly onside are clearly wondering if this is a real right or one we just made up.

The term bodily autonomy has indeed only been around for a few decades and is still unfamiliar to many people. But the idea that we have a fundamental right to choose what happens to our own bodies is far older and is familiar to everyone. We don’t just understand it intellectually; we feel it instinctively. That’s why the idea of taking someone’s organs without their explicit permission, even after they’re already dead, just feels wrong to so many of us. That feeling is not new. Using one person’s organs without their permission to keep someone else alive didn’t suddenly become illegal in Ireland when we started to talk about bodily autonomy. It was always illegal.

So bodily autonomy is not something invented recently by pro-choice activists to argue for abortion access. The phrase may be new to many people, but the idea is deeply entrenched – perhaps, in the case of organ donation, too entrenched – in our society. And in our laws. With one peculiar exception. If you happen to find yourself pregnant in this country then you, a living person, will have less right to determine who gets to use your body, and for whose benefit, than I will when I am dead!  Think about that for a second. It is undeniably true. We all need to ask ourselves, whether we are capable of getting pregnant or not, this question: is that double standard acceptable?