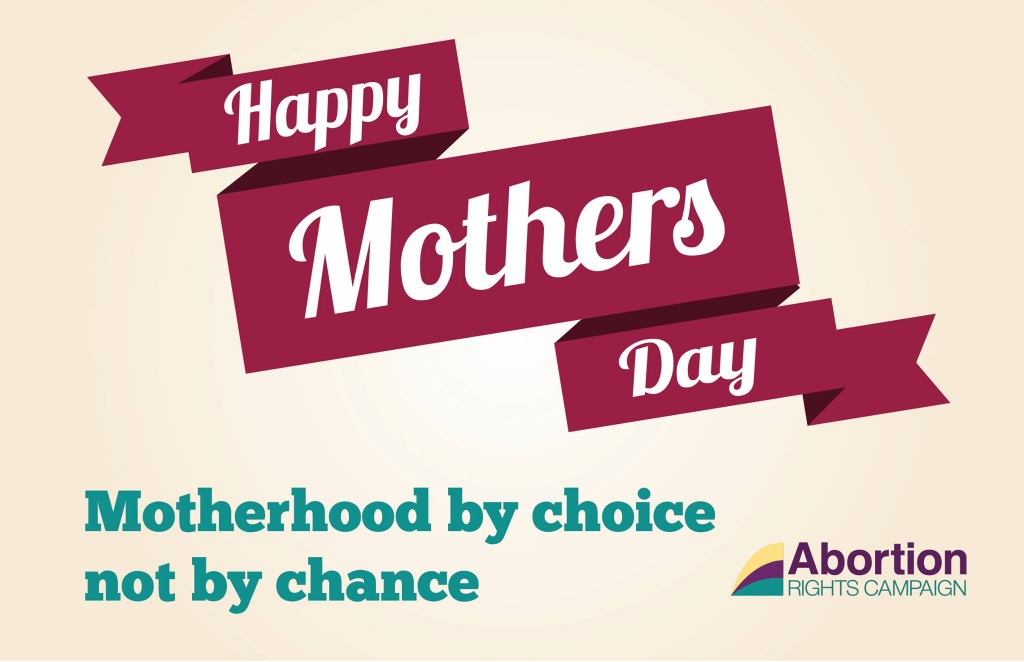 Parents for Choice are a group of parents who support a person’s right to choose in pregnancy and childbirth. This group fully supports the repeal of the 8th amendment. Today, for Mothers Day, we invited them to blog. Here is Kim Guerin’s story.

I think I’ve always been pro-choice, but I didn’t realise it until I became a mother myself. I don’t have much of a recollection of the mood in the country around the time of the X case – I was just entering my teens at the time and was caught up in the unfairness of my being a teen who wore glasses and had to get braces as well! But I do remember walking down Shop Street in Galway city, where there were angry Pro-Life groups shoving placards bearing gruesome images of aborted foetuses in everyone’s faces, and foisting their leaflets on others claiming outrage at the murder of innocent babies. And I remember wondering why they felt they had the right to shove their opinions so strongly down everyone else’s throats, and asking , “what person, in their right mind, thinks it’s actually ok to do that to people in full view of their children?”

Fast forward to the day myself and my husband got married; we were asked “when will you have children?”. At the time, I laughed it off and replied, “oh when we’re ready, maybe in a year or so.” Now, I feel enraged that someone had the cheek to even ask us that and I would undoubtedly reply “that’s none of your fucking business!” But on that  day, I was in a bubble of happiness so I didn’t mind.) As it happened, a few weeks later, buoyed by our newlywed bliss , we decided to start now. months passed, with no positive test,  and I started to think maybe this getting pregnant lark isn’t going to be as easy as I thought. To cut a long story short, with a little help from Clomid (that’s a fertility drug for those who don’t know), I finally fell pregnant and we were delighted. The pregnancy went well, and my beautiful daughter arrived into the world via an emergency Caesarean section.

After the birth, things weren’t quite as rosy as I had believed they were supposed to be. I was supposed to be ecstatic, right? But I felt….disconnected from her, like I was a caregiver rather than her mother. I went through the motions of feeding, changing and playing with her and yet inside I felt  she would be better off if I left her with just her daddy, since I felt so strangely unattached to her. I spoke to my lovely Public Health Nurse, who sent me to my GP, and I was diagnosed with Post Natal Depression. I attended counselling and took anti-depressants for about a year, and both helped get me through it. During my second pregnancy, I suffered with anxiety related to the birth experience I’d had with my eldest daughter coupled with a fear of falling victim to PND again. Thankfully, I didn’t. My third pregnancy was without any issues.

I adore my kids, but being a mum is without doubt the hardest thing I’ve ever done so far in my life. It is putting 3 little people’s needs and wants before your own 24 hours a day, 7 days a week, 365 days a year. It is not something you should enter into lightly, or if you feel you’re not ready, be that financially, emotionally or mentally. And motherhood is so important that it  most definitely isn’t something should never be forced upon you by the state because successive governments have failed to legislate properly for abortion based on the fear of losing their votes.

One thought on “Guest post from Parents for Choice”