Empowering and Lonely: An Abortion Story 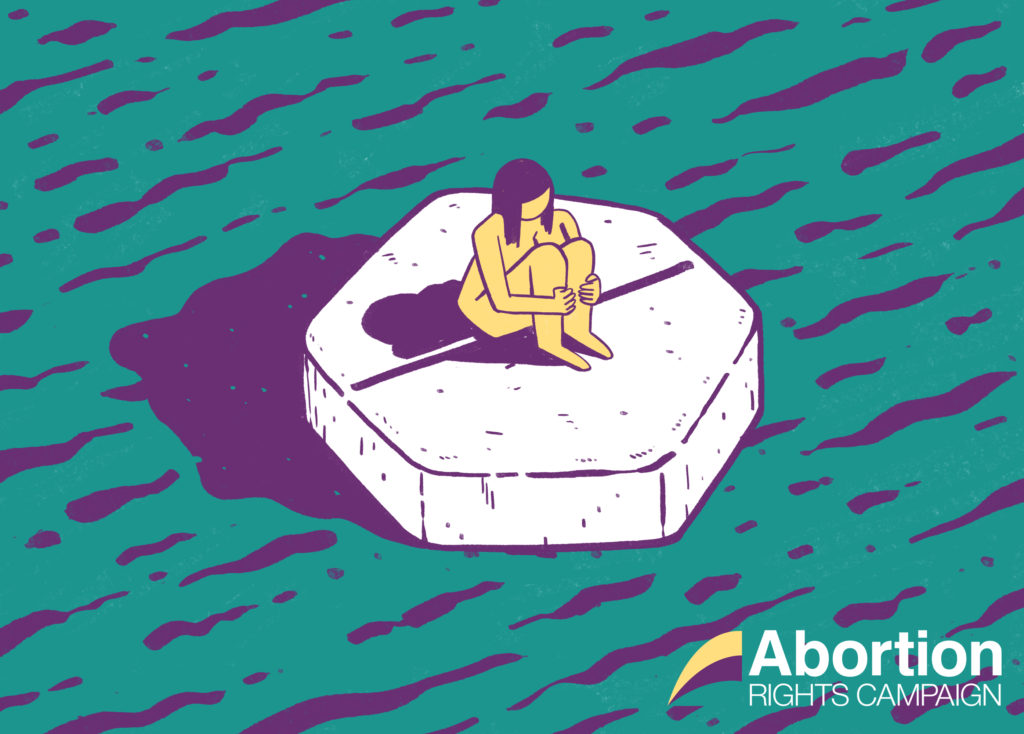 Two years ago, while I was still living in Ireland, I got pregnant. I had just started a new job and the guy I had been sleeping with had recently left my city and would return to his home country soon. I noticed changes in my body before I had even missed my period. Deep down I knew the result when I was taking the test, but that didn’t stop it feeling dreamlike and surreal when I saw the result on the small digital screen: Pregnant, 1-2 weeks.

My first step was to Google “abortion pills Ireland.” I had spent my entire adult life being terrified of pregnancy, with many days of paranoia waiting for my period, and I had already done my research on the site that ships abortion medication to the various countries around the world where it’s still illegal.

I emailed them, then got into bed and cried. I was living at home at the time and when my mother came to check on me, I told her. It was uncomfortable, but I knew I was extremely lucky to have such a supportive reaction from her. She was behind me no matter what I decided. I told her I definitely wanted an abortion and was going to order the pills. She was worried and desperately wanted me to take some days off work and fly to England, but I was vehement that I didn’t want that.

There were a few reasons why. Partly it was because it would feel like a much bigger event in my life than if I stayed in my home and took a pill. I didn’t want it to be a big deal and I dreaded the unpleasantness of travel, a clinic and a strange hotel room. Partly it was because I would need her financial help to go, and although she could afford it, I wanted to sort it out on my own. I had gotten myself into this situation, I thought, and I would get myself out of it. The pills cost around a hundred euro, which I could manage.

And partly it was defiance. I wanted to give the abortion law the middle finger. I wanted to take control of my own body. When I had done my previous research into abortion, I had come across very old, home remedy-style methods involving parsley and pennyroyal tea. This was how women dealt with unwanted pregnancies in the past, by themselves. The abortion pill felt closer to that and the idea of it somehow made me feel more powerful in the situation than the thought of a surgical abortion.

I had the pills shipped to a village in Northern Ireland. It was impossible to have them sent anywhere in the South. I was in anxious knots waiting to get an update on its arrival, each day crawling by slowly as I tried to pretend like everything was normal. Then I found out that in my panic, I had made a mistake when ordering them and the post office had rejected the package. It was being sent back to the other side of the world. This was a huge blow, and I sobbed out of frustration and fear. I just wanted it to be over.

I contacted the organisation who sent the pills and they told me that to prevent them being returned again, it would be ideal to have them sent to a residential address. The problem with this was that I didn’t know anyone who lived in the North. In desperation, I went on Reddit and searched for a pro-choice group in Northern Ireland. Through this I arrived on the profile of a woman who I could see had posted in that sub-reddit previously. I took a chance and messaged her, telling her about my situation and basically begging her to help me.

I’ve never met this woman face to face, but she showed me so much kindness. She was understandably very nervous about letting me send the package to her house, with her full name on it. She was understandably suspicious that I could be an anti-choice activist who meant her harm. But she still helped me. Once the package arrived, she left it for me in a café in Belfast. My mother drove me up to get it on my day off, and then back home. An all-day trip.

That alone was such an anxious, miserable journey that I’m really not sure if I made the right choice in not going to England. When I got the pills in my hand, it all became more real. I won’t pretend that I felt nothing for the fetus growing inside me. In all honesty, I did. Looking back, I think hormones played a big role in this. Your body wants to be pregnant, and wants you to protect the pregnancy. Before that I was pretty sure I never wanted children. But being pregnant woke up maternal feelings in me, which I guess isn’t surprising.

Mostly I was ready for the ordeal to be over and to get back to all the plans I had for my life that a child would totally disrupt. Mostly I knew that I was still unable to look after myself properly, never mind another person. Mostly I knew that if I was ready to have this child, I wouldn’t have bought abortion pills. So I took them. I told the father what my decision was. While he had been very supportive of me and said he would be on board either way, I could hear relief in his voice when he heard I was going ahead with the abortion.

When I started to bleed, I cried. I grieved. The cramps were the worst pain I’ve ever been through. I had planned to go to work the following day but I was dizzy and weak and had to call in sick. I’m pretty sure my boss thought I had faked it to go to a festival for the weekend.

It was difficult not being able to tell her, or other people, what I had been through. I did tell a few people, and some of them tried their best to help me through it. But overall, it was a very lonely time. I also had trouble finding a place that provided aftercare for a medical abortion. The sadness, guilt and shame took quite a while to go away. But it’s gone now. These days I feel nothing but relief that I made the decision I did. And immense gratefulness towards the organisation that sent me the pills, the stranger who helped me get them and my mother who was supportive to me throughout the whole thing and long afterwards.

I think the morality of abortion is a confusing issue. But most people agree that the earlier an abortion takes place, the more ethical it is. So a quick, medical abortion is more ethical than needing to wait to arrange travel, time off work, accommodation and an appointment at the clinic. Women who have abortions are already people, with emotions and lives that are being disrupted, whereas a fetus merely has the potential to become a person. No emotions, no lives, no pain up until a certain point.

I know good, lovely people who are Catholic and I’m sure they believe they’re doing the right thing by voting against the right to choose in the upcoming referendum. I’m hopeful that some of them may change their minds during the discourse that will lead up to it. But the Catholic Church as an organization has such a long and gruesome history of mistreating the most vulnerable people in our society, that it seems pretty laughable that they feel they have any right to say anything. The pagan goddesses they tried to erase from history, the women they threw into slave labour camps and whose babies they sold, the people they raped, the children they beat to death and those whose corpses they buried in mass, unmarked graves. Where was the respect for life then?

I live in Vietnam now, where there are 1.5 million orphans. I wonder why anti-choice activists don’t spend their time, energy and money helping those children. Real, sentient, living, suffering children. They lie in cots all day in their orphanages. They’re fed and cleaned, but they never get a hug. Their development is severely affected by the lack of human interaction. There are just too many of them and too few carers to provide love and affection to them as well as the other necessities.

People will read this and condemn me, they’ll say I’m a murderer, I’m selfish and irresponsible, I’m a slut, I’m going to hell. All I can say is that, personally, I don’t believe I murdered someone. What I killed was a collection of cells. Those cells had the potential to become a person, and I won’t pretend that I’m not at all curious about who that person would have been. But when I made the choice to kill the cells, they weren’t a person yet. And that was the right choice for me – a person.

2 thoughts on “Empowering and Lonely: An Abortion Story”