Across the Irish Sea: an abortion story by Maya Rose 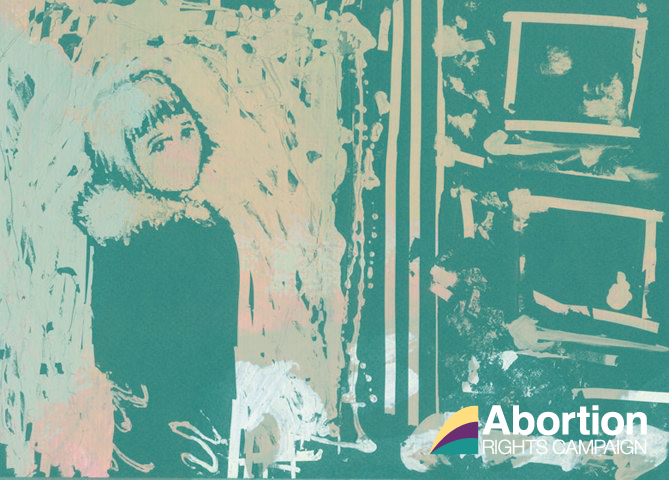 It was summer. A Friday. I flew over alone.

Got a taxi to the hotel. Embarrassingly, my card was declined at the desk. I could barely afford the one-night stay. Couldn’t eat anything. I wasn’t allowed. Got sick a few times before bed. Too nervous to sleep.

Next morning. Taxi. I asked him to drop me off a few streets away, so he wouldn’t know where I was going. I wanted to avoid judgement as much as possible. It was pouring rain. I arrived early, so I just waited outside for a while. Delaying what was about to happen.

It was an old Victorian-style house that had been expanded over the years. It looked unassuming from the outside. There was a desk on the left as I entered the door. I was given a form to fill in and told to go to the next room and take a seat. It was 9am and already full of people. There must have been 30 women or more. I took the only seat I could find and waited. After a short while my name was called.

I was brought into another, quieter, waiting room. I met with a doctor who asked me a few questions and explained what was going to happen.. More people started to pour into the waiting area. Each called, name after name. People of all ages. Everyone seemed to have someone with them for support. I envied them. I was the only one there alone. It would have been nice to have had someone there. Maybe nice isn’t the right word. Comforting perhaps. Someone to tell me that it’s going to be ok. That I’m not making the biggest mistake of my life.

The next person I met was a nurse who took blood samples, checked my height and weight, and did a scan. In and out and back to the waiting room. Another while passed before I was summoned again. This time it was for the exchange of money. I handed over €400. Just like that.

It was fast approaching 1pm at this stage. I heard my name being called, along with another. We followed a nurse to an upstairs room. Here we changed into our nightgowns and were told to use the bathroom. It was beginning to smell more and more like a hospital. I was brought to the preparation room for the procedure. I was told to lie on a trolley before I was given an anaesthetic . This is it. And I am terrified. I’m trying to fight it and the last thing I remember is trying to sit up before I finally succumb and fall asleep.

I wake up and don’t know where I am. I am in a room with other women on beds. Some are asleep. Others are awake and crying. The nurse asks if I am ok. The woman in the bed next to me reaches across and grabs my hand. I still wasn’t aware that it had happened. I feel fine. A few minutes pass and I am put into a wheelchair, wheeled into another room and told to put my clothes back on. As soon as I stand up it hits me. The pain. Excruciating pain, the likes of which I have never experienced. My back, my sides, my stomach. I can barely stand. Sitting down is nearly worse. In the next room they ask if we want tea or coffee. I ask for water and pain relief. Names are called, one by one, as we receive our antibiotics and a piece of paper. And that’s it. We are told to go downstairs and out the front door we came in. I ask at the front desk which bus to take for the airport. They give me directions and I leave. I pick up a sandwich and walk to the bus stop. I haven’t eaten in nearly 40 hours. I get to the airport and wait. Not long until my flight. The pain gets worse; the bleeding extremely heavy. How am I supposed to get on a plane in this state. I start crying in the middle of the airport. Uncontrollably. People just stare and walk by. I have never felt so alone.

I board the plane for the short journey home. No one meets me at the airport. I get a bus to the city and walk the 20 minute journey home. I don’t know how I did to be honest. Every movement felt as if I was being stabbed, over and over again. I crawled straight into bed. No position would alleviate the pain. I took some medication and cried some more. Would it ever end? A feeling of pure hopelessness. I was grieving and couldn’t say a word. Utterly alone.

The following weeks were painful but I disguised it well. Work continued and no one suspected that anything was wrong. It wasn’t discussed, only replayed time and time again in my head.

Three years on and it’s summer. And my dark secret is finally being written somewhere other than just in my head. It is the right this.

A massive weight has been lifted and I feel empowered by all the people standing in solidarity with the women of Ireland. Women like me, who have made that harrowing trip across the Irish Sea. The Unseen. The Unheard. The Exiled.

Change is upon us. And we refuse to stay silent any longer.