A Brief History of Abortion and Female Medicine: International Day of Action for Women’s Health, 28th of May 2016 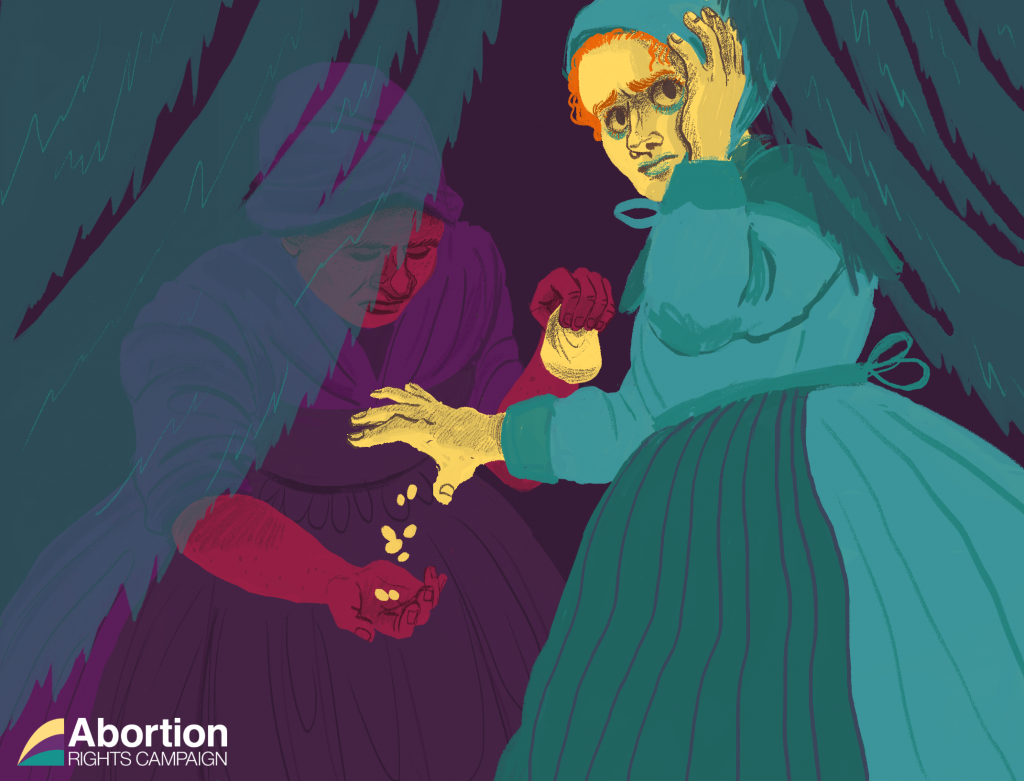 Saturday the 28th of May was the International Day of Action for Women’s Health, designed to commemorate women’s health advocates and their communities across the world. Its official website lists the denial of the right to access safe and legal  abortion as one of four major examples of institutional violence against women.[1]

Abortion and women’s right to bodily autonomy have long been sites of conflict between the State, the Church, the medical community and women themselves, not just in Ireland but all over the world. This essay explores how women’s bodies have been understood, discussed and controlled in various ways during the past 500 years, with regards to the practice of abortion.

Historical records of abortion tell a multitude of complex stories, which show that there is no one historical narrative of abortion. Abortion has been practised by many different kinds of women, separated by class, age and marital status. The notion that a woman’s body should be controlled by the state has support in the Old Testament, which states that if a person causes a pregnant woman to miscarry, they must pay a fine to her husband. The pregnant woman was the property of her husband, regulated by the laws of religion and the state.

Knowledge of both abortion and contraception techniques can be traced back to Ancient Rome and throughout Europe in the Middle Ages. Herbs such as ergot of rye, pennyroyal and savin were known abortifacients, and medical and midwifery manuals mentioned them frequently as aids for “female troubles”. Despite the attempts of religious authorities to control the practice of abortion, it is clear that it was widespread in many cultures throughout history.

A large number of recent historical studies into the social and cultural history of abortion in early modern England provide great insight into how women navigated the legal and medical restrictions against it. Abortion, or the “procurement of a miscarriage”, was only seen as a criminal act after the “quickening” stage of the pregnancy, when movement could be detected in utero (generally around the fourth month of pregnancy). Any action by the woman before this stage to control her pregnancy was outside the remit of English law.[2] Still, midwives avoided carrying out deliveries in their own homes to make sure they would not be accused of performing clandestine abortions (they were licensed by the Church of England at this time). This clearly was a common suspicion, as a midwife’s knowledge of pregnancy and childbirth naturally extended to knowledge of methods to induce miscarriage. A woman seeking an abortion could easily use a remedy advised by a midwife to “bring on the terms” or to “remove a false conception”.

Midwives appear quite often in the proceedings of the Old Bailey, records of which survive from 1674 onwards. On 13th December 1676, a midwife appeared an in infanticide case, supplying evidence alongside a coroner. Both claimed that the woman accused of “making away her bastard-childe” had actually suffered a miscarriage, and that no sign of wounds or bruising were to be found on the body of the infant. One of the formal tests used by juries of matrons to see if a woman had given birth was squeezing her breasts to see if they were full of milk. These examples of the testimony of midwives illustrate the huge amount of authority a midwife exercised in a court setting, simply because of her expertise in regards to the female body. The female body was still considered a very mysterious entity, especially during the processes of pregnancy and childbirth. The distinction between miscarriage, stillbirth, neglect and active violence in infanticide cases was often quite blurred. Women clearly used the mystical state of the female body to their advantage in controlling their reproductive choices, with or without the help of a midwife. Knowledge of abortifacients during this time was so common that an audience could well have been able to deduce the meaning of Ophelia’s mention of herbs in this extract from Hamlet: “there’s fennel for you, and columbines. There’s rye for you, and here’s some for me”.[3]

Most political histories of abortion in Ireland begin with the Offences Against the Person Act of 1861. This act criminalised women who “procured a miscarriage”, and also those who assisted or supplied the means of abortion. This was not always the case in Irish law. In the Old Irish Penitential, a set of Church rules first developed by Irish monks in the sixth century, the punishment for abortion depended on the stage of pregnancy. This distinction reveals a lot about the Church’s view of the definition of life, a concept still used by religious figures today as an argument against abortion: “A woman who causes miscarriage of that which she has concieved after it has become established in the womb, three and a half years penance. If the flesh has formed, it is seven years, if the soul has entered it, fourteen years”.[4]

There was a degree of flexibility around abortion and birth control in medieval Ireland, just like in England at the time. St Brigid herself was even rumoured to have carried out abortions. Cara Delay’s work on abortion in 19th and 20th century Ireland, using records from the National Archives of Ireland, identifies a lot of the themes we have already talked about here: continuity, criminality, and reliance on traditional abortifacients.[5] These included hot baths and gin, as well as medicines containing traditional abortifacient drugs such as pennyroyal. If these did not work, women could use Epsom salts or quinine. As late as 1927, drugs were advertised to help with a multitude of “women’s problems” and, implicitly, to induce abortion. It is clear that the abortifacient properties of such medicines were well-known, as the Committee for Evil Literature censured the advertisement of Beecham’s pills in particular, a well- known cure all for women’s problems. In fact, drugs are still seized today by the Irish medicines board. As in England, Irish women have had to operate outside the medical, religious and legal spheres of their society in order to procure abortions for many years.

The 1992 X Case here in Ireland made international headlines rightly condemning Ireland’s so-called “medieval” attitudes to abortion. Yet based on the above, it could be argued that attitudes to abortion were a lot more nuanced and flexible 500 years ago than they are today. Historical understandings of the female body made it easier for women to take control, at least to some extent, of their bodies and reproductive choices. With the advent of clinical management of pregnancy, we have lost this advantage.

Women have been employing the same methods of abortion for hundreds of years. As long as women have needed abortions, attempts have been made to control their bodies and choices. Without access to abortion, women’s health will continue to be compromised and limited. In today’s society, it is archaic to attempt to limit the reproductive choices of half the population, or to make abortion access a matter of being able to afford it. It is time to do what is best for women in this country, and provide what women have been denied for centuries: free access to safe and legal abortion.

[2] Carla Spivak, “To Bring Down the Flowers: The Cultural Context of Abortion Laws in Early Modern England”, William and Mary Journal of Women and the Law”, Vol. 14, Issue 1, 107-151.