Why I’m Marching: Repeal was just the beginning 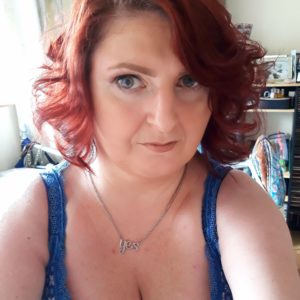 As we do every year, we’ve been asking you to tell us why you are marching in this year’s March for Choice on the 29th of September. Jess is a self described repeal supporting feminist “who would like some body autonomy before my eggs run out, given that they’ve been controlled by the government and church for over thirty years now”.

September 29th will be my fourth year doing March for Choice in Dublin. After a long, arduous, campaign we finally had a referendum to Repeal the 8th this year. And the Repeal vote won by a massive landslide vote. I felt so so proud on May 26th. People ask me why I still plan to take part in March for Choice and there are a number of reasons.

I march because we may have achieved Repeal but legislation hasn’t happened yet. This could be the most important time to make our voices heard. We are still sending 10-12 women a day abroad for abortion services and this is unacceptable. We need legislation now.

I march for everyone we’ve lost to the 8th Amendment. Some high profile stories, some we’ve never heard. I march to honour their memories and so they won’t be forgotten by Ireland.

I march for all of the people who can become pregnant in Ireland and no longer have autonomy over their bodies. Who have to be on the verge of death before they’re treated for their own health issues, if they’re lucky.

I march because we’re currently seeing all over the world that reproductive rights aren’t permanent. Countries who have had their rights for decades finding that governments are chipping away at those rights. We must maintain what we have achieved and we cannot rest. There will always be someone who tries to curtail those rights.

I march for everyone who’s been affected by the 8th Amendment since 1983. I march because we cannot afford to rest on our laurels. Repeal was just the beginning. The hard part will be maintaining standards after legislation. We must demand proper legislation and show that we are not going anywhere.

I march in support of the people worldwide who live under draconian abortion laws. We are in a position of privilege and need to use that to highlight other countries and support everyone in their pregnancies, regardless of their choice for their pregnancies.

I march for everyone to have a right to choose.

I march so future generations won’t need to ever know what it’s like to live under the 8th. I march so that everyone will have the right to their own bodies and lives and decisions about their own fertility. And we must keep on marching. We need to demand, free, safe, legal abortion services now.