Political parties will you repeal the Eighth Amendment? If not, get ready for an electoral kicking! 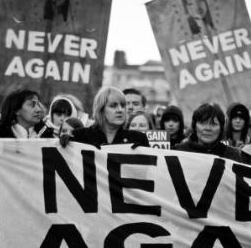 Do you feel ok that Taoiseach Enda Kenny has more say over your vagina than you do?

If you don’t have a vagina, are you happy that Enda has his hands in more vulvas of your acquaintance than you’ve had hot dinners?

Just by being Taoiseach, the office­holder is crowned “the cunt king”. At the moment, it’s Fine Gael’s Kenny who has his fingers in the poonani pie. And it seems that he’s happy to keep them there.

Speaking at the conclusion of the party’s parliamentary party think­in in Adare, Co Limerick, Kenny said: “In respect of the Eighth Amendment I do not favour abortion on demand and I have no intention of abolishing the Eight Amendment without considering what it might be that might replace it and that means more than any other sensitive issue I am quite prepared to listen to people who have contributions to make in that regard.”

Sometimes the language you use fights its own battle and, literally, says it all. “Abortion on demand” reeks of spoiled, entitled women who would choose a Fendi handbag one week and an abortion the next. Chocolate cup cake with sprinkles or an abortion? Fluffy kitten or an abortion? New pair of shoes or an abortion?
Selfish. Heartless. Shallow. Immoral. Women really are not to be trusted are they?

The State is surely doing its duty by protecting us from ourselves? When pushed by reporters on whether Fine Gael will commit to a referendum, Mr Kenny said: “No, I am not committing to any referendum.” Why not? Apart from the fact that Taoiseach really thinks that your life is the same as a fertilised egg.

Until the people of Ireland bestow such rights on the barely­-conceived (and never say never), sentient, ballot­casting upstanding Irish citizens (that’s you and me) can refuse to vote for anyone representing any party that refuses to commit to repealing the Eighth Amendment.

Kenny has said that he would not abolish the Eighth Amendment without consideration of what might replace it. Well here’s some ideas, put together by some of the top women lawyers this State has produced. Mairead Enright, Fiona de Londras, Vicky Conway, Mary Donnelly, Ruth Fletcher, Natalie McDonnell, Sheelagh McGuinness, Claire Murray, Sinead Ring and Sorcha Ui Chonnachtaigh put their considerable brains together and came up with a template for what Ireland would look like after the Eighth Amendment was repealed. The legislation was originally drafted for Labour Women, which established a Commission for Repeal of the 8th and can be read here – at humanrights.ie

It will cost you nothing to read it, Taoiseach, because the lawyers did all the work for free. Signed, sealed, considered, it’s yours.

A recent poll found that 28 per cent of people will decide how they will vote at the next election based on what a political party or candidate says about abortion. A third of women said that the issue would be a deciding factor in how they vote.

Tánaiste Joan Burton this week refused to say if it would be a “red line issue” for the Labour Party in any future coalition negotiations. However, her former leadership rival Alex White says that it is. They clearly need to talk.

Sinn Féin and the Green Party have both called for the repeal of the 8th Amendment. Fianna Fáil has maintained its opposition to repeal. Renua says it would welcome a referendum, but would allow members a free vote. The Social Democrats have called for repeal of the amendment.

The manifestos aren’t finalised yet, though, so make some noise. Let them know that anyone who refuses to repeal the Eight Amendment is guaranteeing themselves an electoral kicking.

It’s time to polish those boots.