Why I’m Marching – I can’t vote, and I can’t travel by Emily Waszak 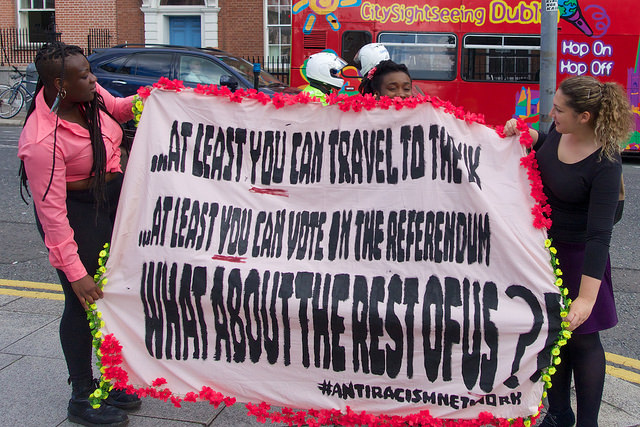 So on election day, my vote won’t be counted. But on the 26th of September I will vote with each step that I take and each chant that I roar. And I’ll be joined by thousands in solidarity. Hopefully you’ll be marching beside me.