As we do every year, we’ve been asking you to tell us why you are marching in this year’s March for Choice. Thanks to all who have sent us your thoughts. In this post, Anna, an Irish emigrant who lives in the UK and volunteers with the Abortion Support Network, tells us why she’s coming home to march. 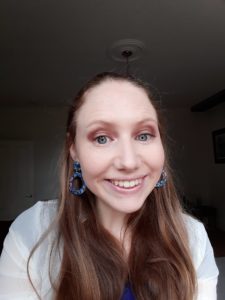 This year (not for the first time), I’ll be taking the plane over from England to march for free, safe and legal abortion care. The symbolism of taking the same journey that 10 pregnant people take every day in order to access healthcare is not lost on me. As a donor and volunteer for the Abortion Support Network, I know the pain people face when they cannot access free, safe and legal abortion at home. I will be marching for those who lack the financial resources to travel, and call the ASN helpline, so desperate to not be pregnant anymore that they put their trust in a group of strangers they’ve never met who live in another country. I will be marching for the people who have forgone paying rent, bills or buying food in order to save for their own termination. I will be marching for the children – children – who have had to get help from a charity based overseas because their own country won’t help them. I am grateful every day for the wonderful groups – like ASN – who continue to support people from across Ireland to access the care they need. But they should not have to.

This year’s March feels of particular significance to me, as it will be the first since we the did the incredible and repealed the eighth. This year, I will be marching for the more than thousand people who have still had to the travel to access healthcare on other shores. I will be marching for the people still being forced to import the abortion pill outside the constraints of the law. Until legislation is passed, this will continue to be the status quo. I will be marching to say that these peoples stories will not be forgotten. That we will continue to fight until we get the best legislation possible – namely, legislation which allows for care that is free, safe and legal.

I will be marching because legal care is not enough if services fail to adequately serve. Several years ago, I received intensive treatment in a mental health unit in the UK. This treatment undoubtedly saved my life. It is also treatment that simply would not have been available to me in Ireland due to a lack of resources and an enduring stigma towards treating mental health problems. I know that to this day, people are being forced to travel from Ireland to the service I accessed (among others) in order to receive the care they need. I will be marching because I would hate this pattern to repeat itself with respect to abortion services. I will be marching because I fundamentally disagree with the principle of anyone being forced to travel to access healthcare.

I am marching for barrier-free access to abortion. Because I know that non-evidence based policies like mandatory waiting periods, rife refusal of care and onerous reviews will only lead to people being forced to access services outside of the Irish healthcare system. I am marching because I know that arbitrary restrictions only serve to hurt the most vulnerable groups in society. I am marching for a well-resourced, well-funded, stigma-free abortion service, so that no one is forced – either explicitly or implicitly – out of accessing the healthcare they need on Irish soil. On September 29th, I hope you will march with me.