Sharing stories: What excuse could I use to justify being hospitalised 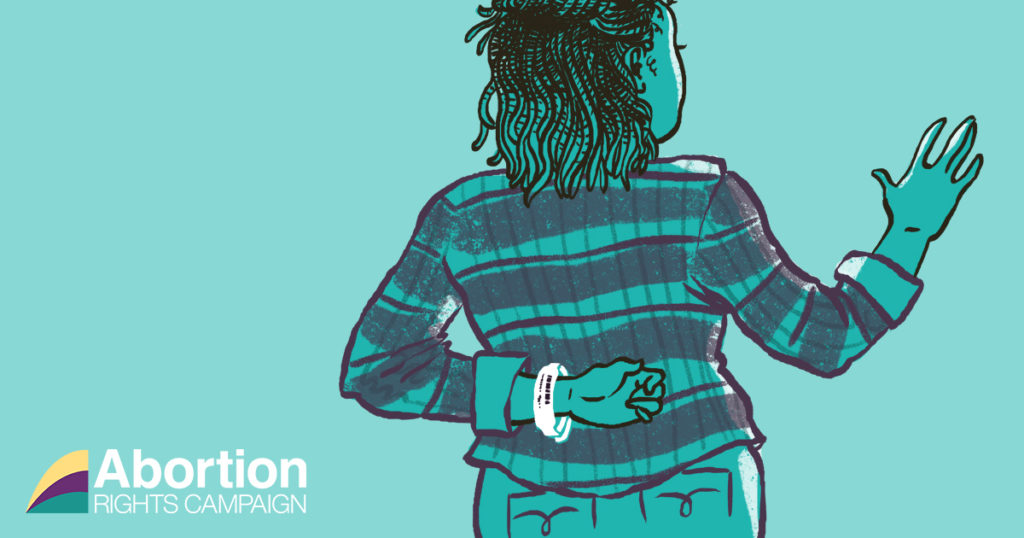 I took the morning after pill. Neither this nor the one night stand were a habit of mine but I’d taken the steps to correct my irresponsible behaviour.

4 weeks later I felt off. I didn’t notice I was late and didn’t worry, sure that pill does funny things to your cycle.

I couldn’t smoke, the cigarettes I’d always loved were making me gag. Then I noticed that my breasts were sore, really sore. Moving my arms and brushing against them caused pain.

The penny dropped. Where was my period? I bought a test and I was pregnant.

I was 29, if I was ever going to have a baby now was a good time. I was in a decent job, I had no excuses. But I’d never wanted to be pregnant, I never got that urge. Also, I never felt mentally well enough to care for another person. I’d struggled with my mental health all my life and a pregnancy meant I’d have to come off my antidepressants. This wasn’t an option for me.

I knew what I needed to do. I went to the clinic and they helped me to arrange everything.

I took a day off work, drove to the airport and boarded my flight. I was quite cold in my mindset but I knew that this was what I needed to do. Maybe I deserved it for being an idiot, maybe this was karma.

On the day of my appointment I was 9 weeks along. I waited for the guilt. I wondered why it didn’t come. I was so sure what I was doing was wrong and selfish but I never felt the guilt. I even asked the doctor in the clinic to show me the ultrasound. This was my absolute test. Surely I’d feel guilt when I saw it. No, I saw something the size of a peanut that had caused me weeks of sleepless nights, that was going to cause me months and maybe years of mental health challenges. I was certain.

I woke up and felt relief. I shouldn’t have done it only a few hours after an anesthetic but I drove home from the airport. What was the alternative?

I went back to my life and pretended nothing had happened, keeping my secret.

A few weeks later I was still spotting. Who could I ask? I certainly couldn’t tell my GP, it’d be on my medical history that I’d had an abortion. I was sure it’d stop when it all settled down and my periods would return to normal.

6 weeks after my abortion I was rushed from work to the hospital with heavy and uncontrollable bleeding. I would later learn that I had a post abortive infection. I was rushed through A&E and admitted immediately.

I spent 4 days in hospital. This was now definitely going to be on my medical history yet what kept me up at night was “what excuse could I use to justify being hospitalised”.

The care I received was excellent, the staff were lovely but while they tried to treat me for a severe infection in my uterus, my biggest concern was the fear of anyone knowing the truth.

I’m not sorry. I did what was right for me. What happened to me was a direct result of the shame and stigma that prevented me seeking help earlier.
Looking back I feel very lucky. I knew immediately what was right for me and my mental health and I had the money to follow through. I never once regretted my decision or wondered what might have been but I’m furious that I was allowed to feel that stigma and to become sick enough to be rushed to hospital because of that stigma.

Today I fight with thousands of people to break down that stigma.