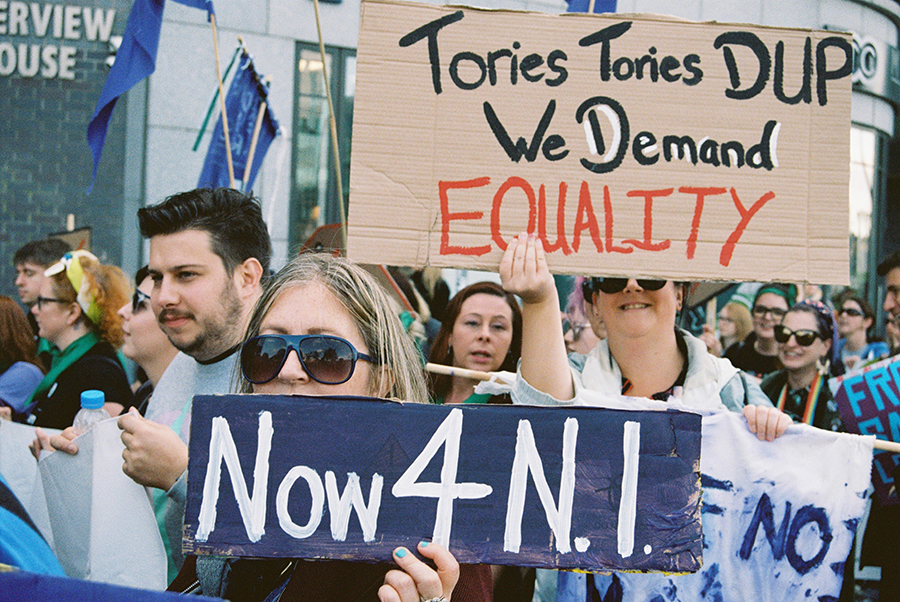 This International Human Rights Day, the Abortion Rights Campaign says that the time for action on abortion rights is long overdue.

Today, on International Human Rights Day 2018, the Abortion Rights Campaign calls on Governments North and South of the Irish border to secure and vindicate basic human rights to abortion access.

This weekend, the Abortion Rights Campaign submitted a response to the Women and Equalities Committee Inquiry on Abortion Law in Northern Ireland. Linda Kavanagh, spokesperson for the Abortion Rights Campaign, said “We call upon Westminster to take the necessary actions to provide free, safe, legal and local abortion access for women and pregnant people in the North. As several international monitoring bodies have made clear, reproductive rights should never be a devolved issue. The UK Government have an affirmative obligation to provide abortion access in Northern Ireland.”

“We urge the UK Government to decriminalise abortion across the UK, in line with international norms and best practice. The 150-year old criminal laws are still being enforced in Northern Ireland. The Northern Irish government actively prosecutes people for accessing abortion medication outside of the law. These prosecutions are cruel, unjust and inhumane, and they need to stop.

Northern Irish people need local abortion provision. Being able to travel to Liverpool, Manchester or (soon) Dublin is not good enough. The Northern Irish public is ready for change. Two-thirds say that Westminster has a duty to reform the country’s abortion law and enable people to access healthcare at home.”

She continued, “As we mark this day, we acknowledge that people in the Republic too are waiting for their rights to be realised. Since the referendum in May, almost 2,000 people have travelled abroad to access abortion services which should be available at home. More than 500 have imported abortion pills despite the continued legal risks in doing so.

We know that a large number of doctors are ready and willing to provide abortion care here in Ireland and urge the government to enact legislation to enable people to access their basic reproductive rights come January 1st. However, we must remember that those who do not meet the strict criteria for access to abortion after the first 12 weeks will still face violations of their human rights by being forced to travel to access care. Others will not be legally able to travel, and will suffer even greater harm to their health and human rights.”

For these people – and for all people across the island of Ireland – we will continue to fight for truly free, safe, legal and local abortion.