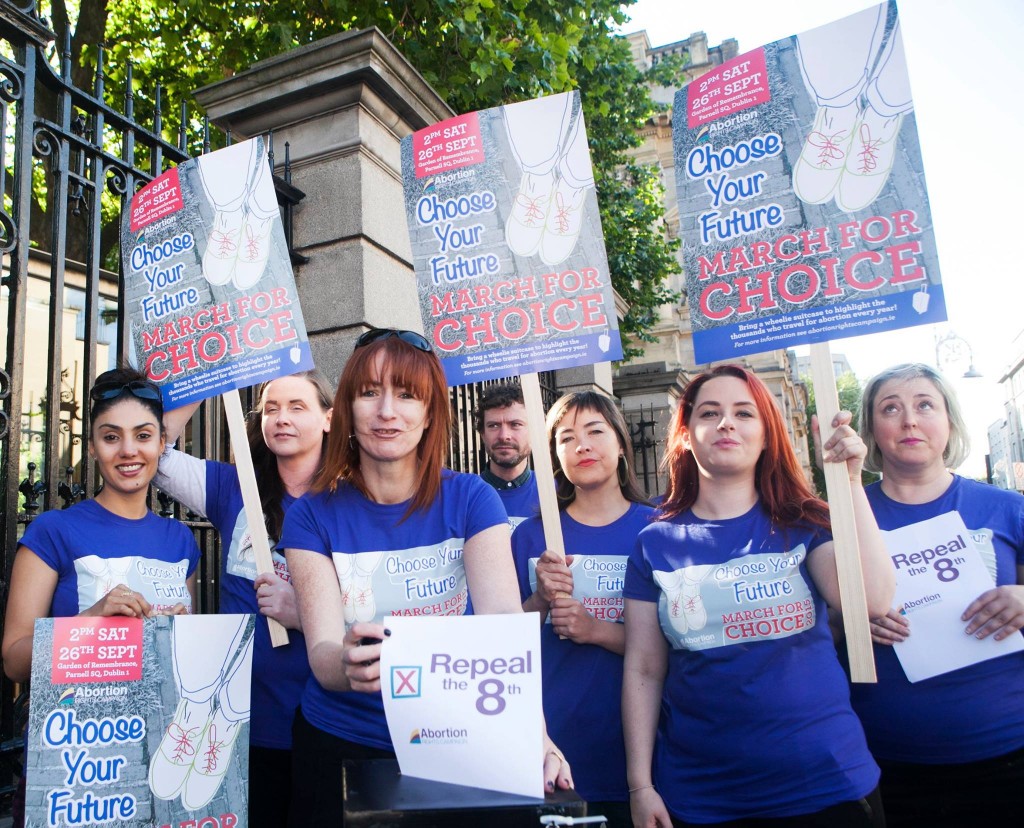 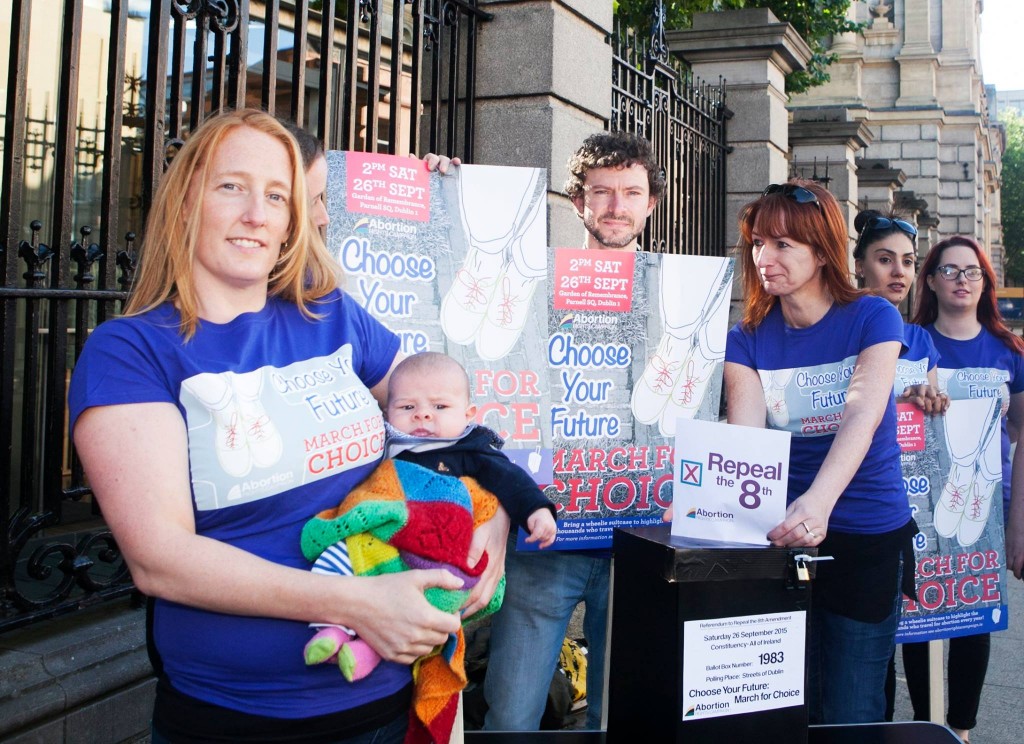 Women can only be truly equal to men if they are given control over their sexuality, bodies and health, according to Belgian MEP Marie Arena, who was speaking in Dublin today before joining the 4th annual March for Choice, which is calling for repeal of the Eighth Amendment.

Ms Arena, who is spokesperson on Women’s Rights and Gender Equality for the European Parliament’s Group of the Progressive Alliance of Socialists and Democrats (S&D), said the group would “work in the European Parliament and beyond to secure women’s sexual and reproductive health and rights within and outside the EU and not be hampered by anti-choice propaganda”.

Ms Arena was part of a delegation of MEPs who was in Ireland this week to conduct a study tour examining the gendered impacts of austerity here. Following a series of briefings with Irish NGOs, women’s refuge centres, and a meeting with the Minister for Justice and Equality, Frances Fitzgerald, Ms Arena culminated her visit by addressing a press conference immediately in advance of the fourth annual March for Choice, which takes place in Dublin at 2pm on Saturday 26th September, 2015.

ARC Spokesperson Claire Brophy said, “In the four years that ARC has been organising the March for Choice, this is the first time that the March has had such a strong European dimension. The presence of European Parliamentarians supporting this year’s March sends a clear message that Europe is well aware Ireland’s restrictive abortion laws represent a glaring regional anomaly.”

Speaking about her motivation to publicly demonstrate support for Irish pro-choice activists, Ms Arena said: “I believe that women can only be truly equal to men if they are given control over their sexuality, bodies and health. We know that highly restrictive abortion regimes do not equate to lower abortion rates and that women have always had, and will continue to have, abortions. We will work in the European Parliament and beyond to secure women’s sexual and reproductive health and rights within and outside the EU and not be hampered by anti-choice propaganda.”

Ms Arena is joined by fellow European parliamentarians supporting the March, including S&D party colleagues Iratxe Garcia Perez, Maria Noichl and Nessa Childers; as well as Angela Vallina and Jordi Sebastia of the European United Left – Nordic Green Left, and Sophie in ’t Veld and Catherine Bearder of the Alliance of Liberals and Democrats for Europe Group. In addition to the high-level European political presence, activists from several European countries including Spain, Iceland, the UK and Sweden, travelled to Ireland this week expressly to march in solidarity with the Irish pro-choice community.

At a press conference this morning at the Teacher’s Club in Dublin, Ms Arena spoke alongside Emma Campbell of the Belfast-based Alliance For Choice. Ms Campbell echoed the emphasis on solidarity, and underscored the crucial link between the struggle for abortion rights and full equality for women and girls in Ireland.

Ms Campbell said: “Alliance for Choice believes that we should come together to March for Choice, as progress on abortion access anywhere on this island is good for everyone on it.  Feminism and rebellion are woven into the fabric of our island’s history and we intend to keep our position strong and make our voices heard until we are finally recognised as humans, as equals.”

Emilie Weiderud of the Swedish Abortion Rights Network said, “Though Sweden and Ireland have different political and historical backgrounds in terms of our abortion rights movements, it is important that we demonstrate solidarity in our struggles for the full realization of sexual and reproductive health and rights. These are fundamental human rights, and crucial for sustainable societal development globally.”

ARC Spokesperson Claire Brophy said: “The struggle for realising gender equality is global, and today is a day for celebrating the vitality of pro-choice solidarity on the island of Ireland, across the European region, and around the world. This past week all member states of the United Nations came together to adopt a landmark international development programme for the next fifteen years, which commits all nations to ensuring access to reproductive rights as an issue of global priority.”

The march will start at 2pm in Dublin at the Garden of Remembrance (assembling from 1.30pm), and ARC is asking supporters to bring wheelie cases “to make audible the sound of the thousands of women forced to travel abroad for abortions every year”.