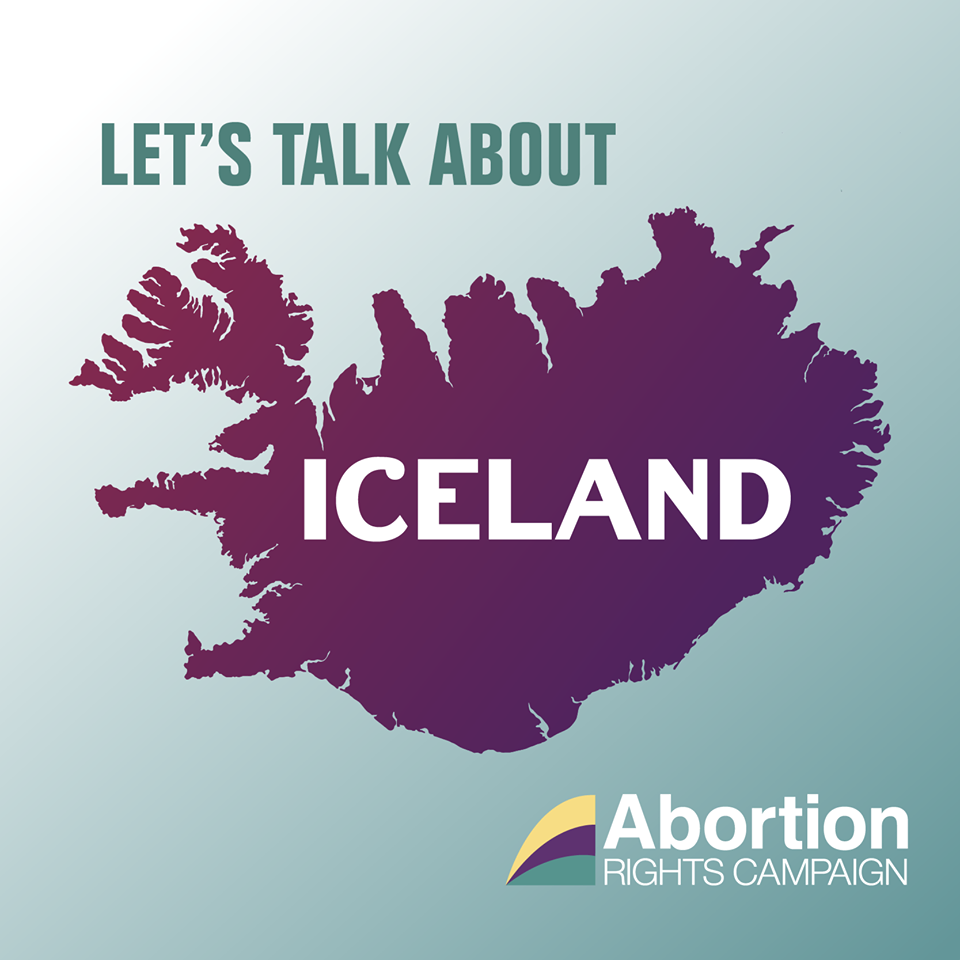 Iceland and Down Syndrome: what the numbers really say

This post is part of a new series examining the intersection of disability rights and abortion rights.

It’s vital that people with disabilities are treated with respect and given the support they need to live with dignity and participate in society. It’s very concerning to see anti-choice spokespeople using the lives of people with disabilities as political footballs, and to see anti-choice myths about conditions such as Down Syndrome making their way into everyday conversation.

We acknowledge the genuine fears that people with disabilities have about stigmatisation of disability and erosion of rights. We hope that this new series of blog posts will go some way to addressing those fears. With that in mind, we thought we’d take a moment to address and debunk a particular myth that has been popping up in conversations for some time now.

You may have heard commentators saying that there are supposedly no births of babies with Down Syndrome in Iceland, and that this is supposedly because of disability-selective abortion. While mostly confined to anti-choice pseudoscience circles, sometimes these unsupported claims make their way into mainstream sources – examples include a BBC documentary from 2015, and more recently, a speaker at the Joint Oireachtas Committee on the Eighth Amendment.

One of our volunteers, John, a mathematician, decided to get to the bottom of it. Figures about births of babies with Down Syndrome in Iceland (and other countries) are easily available online from the World Health Organisation. Here’s what John had to say after examining the figures:

“The first thing you’ll notice is that the numbers of births [of babies with Down Syndrome in Iceland] are not zero, except in 1989 and 2009. The second thing you’ll notice is that the numbers vary a lot from year to year. There’s a good reason for that. The WHO reports cases per 100,000 live births. Iceland is a small country, even smaller than Ireland. Its current population is just 334,252 people. [For comparison, the population of Cork is 208,669!]

The total number of births each year in Iceland is almost always in the range 4000-5000. So a single baby with Down Syndrome contributes 20-25 to the rate, as reported by the WHO. The rate of 22 in 2012, for example, represents one child (1) [Please see the footnote for more information about how these rates are calculated].

The rates of zero in 1989 and 2009 aren’t so surprising then. With only a few births in a typical year there will none in some years.”

So the claims about Iceland not having any births of babies with Down Syndrome are clearly not true. What about the notion that Iceland’s rate is unusually low? According to John:

“[Using the WHO data] you can, for example, compare Iceland with other European countries. It’s better to compare the rates for a full decade, because of the year to year variation I mentioned earlier. In the last ten years for which the WHO provides data, Iceland’s rate was about 10% lower than the EU average. Scientifically, such a small difference can be considered random.”

As adults, these people may form relationships, have children. They will find their rights restricted by the 8th amendment, as does every other pregnant person on this island. We will come back to that at a later stage. For now, let’s stay in Iceland.

As we’ve shown, a small amount of research, using publicly available data, shows that the two main anti-choice claims about Iceland are untrue. So why does the misinformation continue to flourish? John has some theories:

“Iceland is small, as was mentioned earlier. It doesn’t have an embassy here [in Ireland]. It isn’t in the EU. To be blunt, you can repeat lies about Iceland, even in the Citizen’s Assembly or Dáil Éireann, and expect to get away with it.”

As it happens, Iceland has noticed some of the lies being told about it recently. In August, an American TV report broadcast false claims about Down Syndrome and abortion. Hulda Hjartardóttir, chief of obstetrics at Iceland’s National University Hospital (who was misquoted in the piece) responded, thoroughly debunking the claims. Here’s what she had to say:

“The truth is that one third of mothers-to-be choose not to have more [pre-natal] tests done after the first indication of Down Syndrome. These women want to continue their pregnancies even with the increased chance of Down [Syndrome]. [Also], 80 to 85 percent of [pregnant] women choose to have the screening, so there are 15 to 20 percent who don’t. Those women don’t want the information. Of the women who have the screening and get results that point to increased risk [of Down Syndrome] about 75 to 80 percent get further tests done but 20 to 25 percent choose not to.”

So there you have it: a far more nuanced and realistic state of affairs than that portrayed by anti-choice mythmakers. The experience of Iceland mirrors experiences elsewhere. At the Joint Oireachtas Committee meetings on the 8th Amendment on 22 November, Dr Eva Pajkrt, professor of obstetrics at the University of Amsterdam’s Faculty of Medicine, gave evidence that the number of babies with Down Syndrome born in the Netherlands has remained stable over the past few years, despite increases in the uptake of prenatal testing and the availability of abortion.

Dr Hjartardóttir’s statement and Dr Pajkrt’s testimony show us that Icelandic and Dutch women think about their lives, their families, and their resources while making their decisions – the way pregnant people do everywhere. The only difference between them and pregnant people in Ireland is the fact that they are able to make their private medical decisions without state interference.

In our upcoming posts we’ll talk about Ireland’s current record of supporting people with disabilities, and about some of the fears that people have around prenatal testing. We’ll look at some of the ways Ireland can make sure our future laws and medical practices respect the full variety of humankind.

(1) Because the WHO needs to compare rates all over the world, including in countries with high populations and low populations, they convert everything into the same fraction, out of 100,000. In 2012, 4533 children were born in Iceland. 1 of these children had Down Syndrome. Because of the way the WHO needs to compare different countries using the same units, they converted 1/4533 into 22/100,000. Therefore, a single baby with Down Syndrome contributes 20-25 to the rate, as reported by the WHO.

2 thoughts on “Let’s Talk about Iceland”