Janet Ní Shuilleabháin, “pagan, feminist, activist, gamer, geek and parent with two teenagers” was selected to curate the @Ireland twitter account for a week beginning February 10th 2014. During that period she bravely used the platform to candidly tweet to over 20,000 followers about her experience of having to travel to the UK to avail of abortion services 20 years ago. A week later, Janet – a member of the Abortion Rights Campaign, reflects on that experience – and asks ‘why despite massive amounts of international press coverage – are the Irish media silent?’ 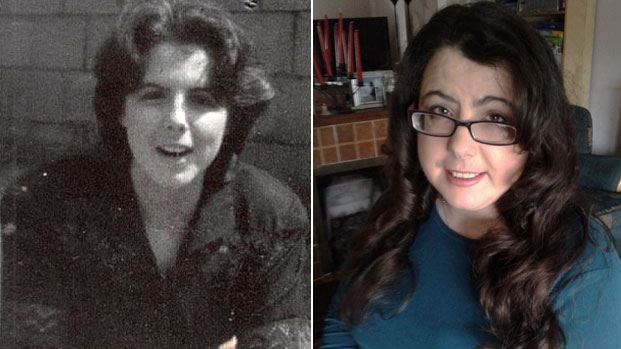 I was chosen to curate the @Ireland account over Valentine’s week. I planned to talk about all the various things that I’m passionate about and to hopefully get people to engage and talk about their own passions –  I thought I’d discuss love spells and the Irish God of Love. I have a pretty diverse range of interests so I knew I would have a lot to talk about.

My @Ireland bio read “pagan, feminist, activist, gamer, geek, and a parent of teens” and from Monday morning until early Thursday afternoon I didn’t reference anything which was explicitly pro-choice or related to the Abortion Rights Campaign. However, on Thursday I re-tweeted a link from the Irish Family Planing Association relating to their safer sex workshops in colleges. This drew the ire of a few folk who slammed the IFPA. I wanted to make it clear that I’ve been a long time supporter of their work – so I stated that I was Pro-Choice, that I had had an abortion myself and that I presently was involved with the Abortion Rights Campaign. This drew considerably more outraged attention than the initial IFPA re-tweet.

I tried to get on with my day and the topics I had planned to discuss but the anti-choice tweets kept coming in – none of them addressed me personally, but they discussed what I had said and included @Ireland. I had planned to discuss my involvement with the Abortion Rights Campaign on Thursday, so that it wouldn’t become the primary focus of my use of the account – but the shaming language being used; no doubt in an attempt to silence me had left me sad and angry.

Despite the large numbers of women to travel annually, Irish women generally don’t say “I’ve had an abortion”. When we do hear stories about Irish abortion they tend to feature women who have died because of lack of access or who have cancer or who are carrying a pregnancy with fatal foetal abnormalities. We don’t tend to hear from women who say “I didn’t want to be a parent” or “it wasn’t the right time for me to have a baby”. Women make that choice every day, and those who think it’s an unacceptable choice have no fear making their feelings clear –  they say it loudly.

Just after 10:35 pm on Thursday the 13th, having asked a few friends to be online for moral support I started to tell my story, my experience of abortion in Ireland. I talked about being in secondary school when news of the X case broke; finding out I was pregnant and having to travel; coming home and keeping secrets; then helping other women who needed access to information and support when they came home. I talked about the factually inaccurate and misleading national poster campaign launched by Youth Defence in June 2012 and how that campaign brought pro-choice people together in solidarity and with a determination to affect real change in Ireland.

The mainstream media don’t cover stories like mine, I am unrepentant about having had an abortion. My only regret is that I had to travel and that added masses of stress to an already stressful situation. I have received an outpouring of support from people who were listening to me and who thanked me. Less then 10% of the tweets I got were negative or abusive, and they came from the same small number of people.

When I signed off Thursday evening from the @Ireland account the number of followers were up. I knew I had helped break taboos and the silence by refusing to be shamed and stigmatized. I was happy I told my story on my terms, I didn’t expect what happened next.

News outlets from across the world picked up on the story – my story and published pieces on it. In the USA PolicyMic ran an article referring to my ‘Powerful Voice’. The story was also picked up by Al Jazeera, Liberty Voice, and the BBC.  The same French paper who printed Simone de Beauvoir’s Manifesto of the 343 – Le Nouvel Observateur – have also printed my story. The Swedish National Broadcaster got in touch and have interviewed me for their leading current affairs program.

It hasn’t all been unconditional support however – there was an article published by ‘Catholic Online’ which slated me – it questioned my choice, my sanity and my spirituality. It displayed the type of rhetoric which is used to shame and silence people. That isn’t going to work on me – but then again it’s not aimed at me, it’s aimed at other woman and designed to stop them making their choices and sharing their stories

Until people can speak out with out fear or shame – it will be an uphill struggle to force change in Ireland and to repeal the 8th amendment. Invisible people have invisible rights. I am one of 150,000 invisible people who have travelled from Ireland to the UK for an abortion. I know approximately 12 women a day continue to travel to the UK, and more still travel further afield to Belgium or Holland.  There are women who don’t have the money or the option to travel. They risk the 14 years jail sentence laid out under the new Protection of Life in Pregnancy Bill by talking the abortion pill here in Ireland.

Some of the most moving things I have seen this week are tweets from other invisible women just saying “Thank You”. Just two words, but they convey so much. I have seen a few of these invisible women use my story to help tell their own. They have linked to one of the articles and said  “I am Janet, I had an abortion”.

There has been international media coverage, as well as coverage from, the UK, France and the USA but as of yet only one story in Irish media. I can’t say this surprises me. 20 years ago RTE commissioned a documentary in which 3 women told their stories. It was considered to controversial to show. To this day it has never been screened in the Republic of Ireland.

It will be screened by the Abortion Rights Campaign on the 1st of March. This is the trailer 50,000 Secret Journeys. The film features the 3 women who told their stories 20 years ago, but no one got to hear them. It will be screened March 1st at an event about abortion stigma and media censorship; it’s an event about the people who shared their stories before me, without whom I would not have had the courage to share mine.

It’s time we hear the stories, that the women in Ireland hear the stories that others are trying to share, that people see it was okay for me to share my story so they aren’t silenced themselves.