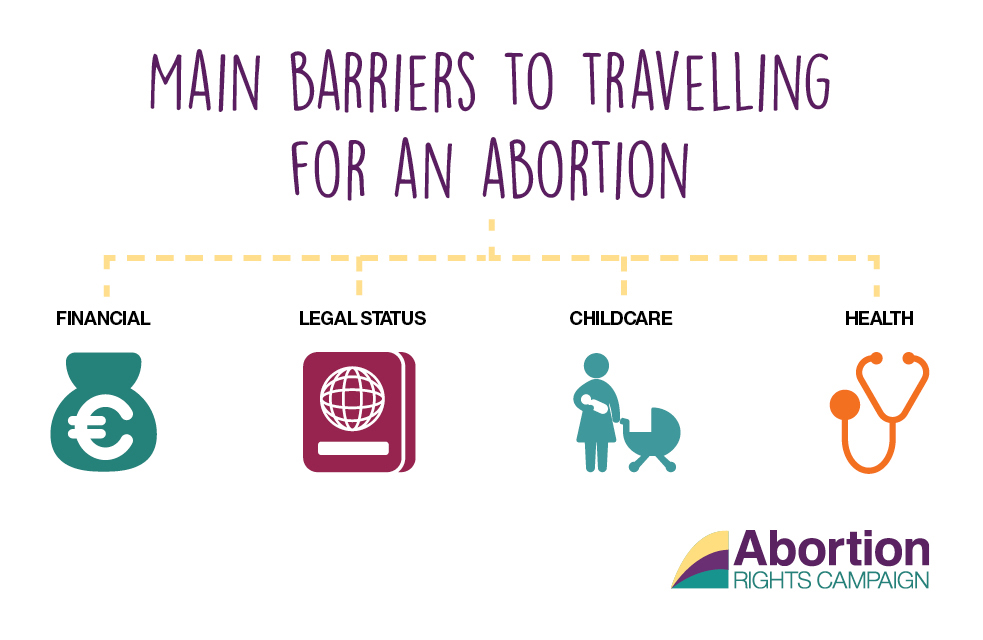 Most of you reading this will know who we are: Abortion Support Network (ASN), the grassroots charity helping those in Ireland, Northern Ireland and the Isle of Man access safe, legal abortions (or, in some cases, safe, illegal abortions). The draconian effects of criminalised abortion in these countries have been well documented, including in this piece by The Guardian’s Amelia Gentleman. It seems impossible that in 2016, women in the so-called developed world are forced into unwanted parenthood by a lack of money, and couples with much wanted but unviable pregnancies face the stark choice of coming up with a pile of money or carrying a doomed pregnancy to term, only to watch it die. And yet this is the situation.

Abortion Support Network started in 2009 because we believe that “I can’t afford an abortion” shouldn’t be the only reason someone has a child. We believe individual women (or people, as we know a handful of our clients have been trans men) are best placed to decide whether they are ready and able to parent now or ever. We know for a fact that making abortion illegal doesn’t stop it being carried out; it only stops safe abortion. It means that when faced with an unwanted or non-viable pregnancy, those with the £400-£2000 it costs to travel to England have options, and those who do not have babies. Or, in our experience, they may risk prison by taking safe but illegal early medical abortion pills or take dangerous actions in an attempt to self-terminate.

Luckily, for many people, there are options. Women Help Women and Women on Web can send out early medical abortion pills so safe they are on the World Health Organisation’s essential medicines list. Of course, this can only benefit women if they have knowledge that these pills exist and access to the internet. Others, if they call a clinic in England and say they don’t have the funds to travel to England, are given our number and we help by providing information on how to arrange the least expensive abortion and travel. We also give grants towards the costs and, when necessary, provide accommodation in volunteer homes.

Abortion Support Network has a reputation for being mavericks, for making the impossible happen. A woman who needs someone who speaks her language to come with her to the clinic? We got that. We may not have an office or a landline, but we can arrange for a volunteer to print up and deliver a Ryanair boarding pass for someone who doesn’t have access to a printer. We know which airlines allow you to travel without a passport. We helped one woman with an almost unbelievable set of complicating circumstances, by finding someone who could travel with her for three days via bus and ferry from rural Ireland to England. We also helped another woman who could not speak or hear or read. We do this despite being staffed almost entirely by volunteers and funded almost entirely by private individuals.

We are small but we are mighty. We are very, very proud of each of the 3000+ callers that we have been able to help and are so, so grateful for the support given to us each day from people in England, Ireland, Northern Ireland and elsewhere around the world. But we can’t help everyone. And the women that we can’t help are the women who haunt us. In the early days of ASN, there were many people we couldn’t help. Back then, we were much smaller and often ran out of funds. As such, we were similar to the National Network of Abortion Funds, who fund abortions across the United States. Since 2012, however, we haven’t needed to turn anyone away due to lack of funds on our part. The generosity of the crowd means that we have the money. But we can’t control circumstances.

There are many non-Irish people living in Ireland, and while the Migrant Rights Centre and Irish Refugee Council can help them obtain travel documents, this does not always happen before an unwanted pregnancy goes beyond the legal time limit for abortion in England. Due to bureaucracy and immigration status, some non-Irish women living in Ireland are forced to have a baby.

The majority of women who have abortions already have children. In countries where abortion is illegal, stigma often means that women are afraid to tell anyone that they are pregnant. We can help with the cost of childcare, but we don’t have a network of childcare providers who can arrive at someone’s home at 5am and stay until midnight, which is how much time it takes to travel to England for a safe abortion and return home. In many cases, for this reason and due to secrecy and shame, a mother living in Ireland is forced to have a another baby.

Many of our clients are in or escaping relationships with abusive partners. Many abusive men will not use birth control, will sabotage birth control, and will use pregnancy to control their partners, as it’s hard to leave your abuser when you are pregnant and looking after small children. We can give these women the funding to travel, but cannot whisk away their partners for a day or more so that they can leave the house safely. In these cases, women whose partners are violent and controlling are forced to have a baby.

Recently, we’ve become aware of a new type of situation a woman seeking abortion may find herself in. Most women travelling from Ireland, Northern Ireland and the Isle of Man are able to have abortions at UK clinics. BPAS, Marie Stopes, and NUPAS all have reduced prices for clients travelling from overseas. But some women have health issues that mean that their abortions must take place in a hospital. Due to a reduction in the provision of services, there is only one NHS hospital in England that will provide that care, and it will only provide that care up to 12 weeks and 5 days into a pregnancy.

A few months back, we heard from a woman from Northern Ireland who didn’t realise she was pregnant until her second trimester, as she believed she had been sterilised after her youngest child was born. Due to a respiratory disorder, she was unable to access an abortion in a UK clinic. We called everywhere, we begged, we pleaded. She is being forced to have a baby. I texted her the other day to see how she was, and her reply was: “Still pregnant, LOL.” Because really, what else is there to say?

This is the true cost of criminalising abortion. Many women will be able to get around the law. These women have friends and family who are supportive, or jobs that mean they can fund themselves. Others will risk imprisonment and take safe but illegal early medical abortion pills. Some will be pointed towards the Abortion Support Network, and we can help remove some of the obstacles. But the true costs of criminalisation are the women who miss these opportunities. The women without internet access. The women in abusive relationships. The women who don’t know ASN exists. The women with physical health issues.

These are the women who haunt us.

Mara Clarke is the founder and director of Abortion Support Network. She can’t wait until the Abortion Rights Campaign, Alliance for Choice, the Campaign for Abortion Law Modernisation and others make ASN obsolete.

One thought on “Guest post: The women we can’t help by Mara Clarke, founder and director of Abortion Support Network”