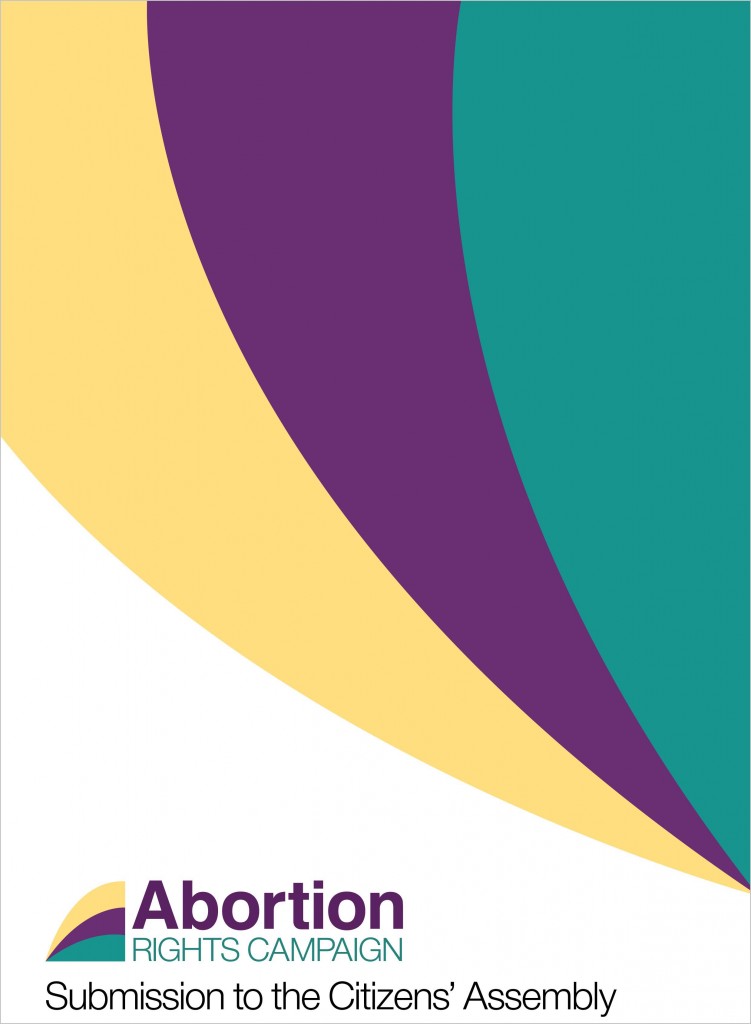 The Abortion Rights Campaign is the largest grassroots pro-choice organisation in Ireland. In the attached document, which represents the first half of our submission, we have outlined the reasons we believe the 8th Amendment must be repealed, as well as our vision for free, safe and legal access to abortion in Ireland.

While we see the Citizens’ Assembly as a delaying tactic set up by the the Government to avoid having to deal directly with the 8th Amendment, as a vital part of the movement for choice and change in Ireland we believe it is necessary for us to engage with the process. . We knew that we wanted to centre the voices of people directly affected by our abortion laws. We wanted the members of the Assembly to hear the voices of women who have travelled, often at great personal expense, to access healthcare they should be able to receive at home. We also wanted them to hear the voices of those who self administered pills at home, risking 14 years in prison. We put out a call for people to share their abortion stories, to take the opportunity to tell the 99 citizens about their experiences.

We received 60 stories from people all over the country affected by the 8th Amendment. Some told of their grief of having to travel to terminate a wanted but nonviable pregnancy. Some spoke of the trauma of pregnancy after rape, and the stigma of having to travel for an abortion. But the majority of the stories were from  people who were just not ready to be parents, be that for financial reasons, emotional reasons, their stage of life, or that they simply did not want to be pregnant. These cases are the majority of Irish abortions and show us yet again that only legislating for the “hard cases” will not help most women and pregnant people in Ireland who need abortions. Time and again, the stories in our submission show that having an abortion was not the difficult part for women. The difficult part was the need for secrecy and the shame imposed by abortion stigma. This suffering is totally unnecessary and we can ease it by introducing free, safe and legal abortion services in Ireland.

Currently, the Citizens’ Assembly is due to report and make its recommendations in June 2017. We hope that ours and other submissions will show the 99 citizens that a referendum to repeal the 8th is urgently needed, and that the Government will finally show some leadership on this issue and quickly implement the recommendations of the Assembly’s report.