Why I’m Marching: “If I have a daughter, this is not the country I want her to be born into” by Caoimhe Doyle 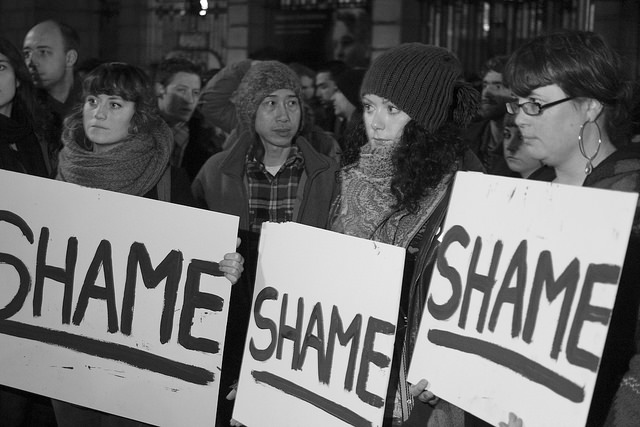 14th November 2012, I marched with NCAD Fem Soc from our college to the Dail to join a protest calling for legislation on the X-Case. We marched in the middle of the road, blocking traffic and causing disruption. Cars beeped in support or annoyance; we didn’t really care. We were fucking angry.

We were angry at successive governments that had failed to legislate for a case that happened in 1992. We were angry that a woman who did not share the belief system of the hospital she was treated in needlessly died because we live in a “Catholic country”. We were angry about all the nameless women who had gone before her whose deaths had gone without comment and without action. To an extent we were angry with ourselves, for not taking action sooner, for allowing our country to fail women again, and again, and again.

Over the next few weeks several protests took place, culminating in a government debate over legislation put forward by Clare Daly. As the inevitable “no” vote was announced the frustration in the crowd was palpable, and an announcement was made from the loudspeaker that we would not be letting the TDs leave the Dail. I was part of a group that ran to the back entrance, where we sat in front of the gates to block cars from leaving. We were a small group of young and inexperienced activists and I think I can safely assume that most of us were a bit scared – but we needed our anger to be felt, and we needed to be listened to. TDs began leaving on foot. Many of them were indignant complaining to us that we shouldn’t block people leaving their place of work – as if the most scandalous thing to happen that evening was that someone would have to get a taxi home. As if they hadn’t just voted against the right to life of the women they were supposed to represent. The Gardaí present at that end of the Dail treated us like melodramatic children, one of them even telling us we didn’t know “what it was like to be oppressed.”

Women in Ireland know exactly what oppression feels like. Women have to travel to another country to access healthcare that should be available here. That is oppressive. Women without the means or legal position to travel need to obtain illegal pills in order to carry out a basic medical procedure. That is oppressive. Women die in Irish hospitals because the law prevents their treatment. That is oppressive. When women who have had these experiences are shamed into silence by a culture of ignorance, when the very act of giving out information on abortion procedures is illegal, that is oppressive. And when women are denied choice and bodily autonomy at all stages of pregnancy because the constitution equates their life to that of a foetus: That. Is. Oppression.

Nothing has been done to improve this situation, and the government has again and again voted against motions tabled to call a referendum to repeal the 8th. It is never the right time. They say we need to have more debate, they say they will not be rushed. Well I for one have had enough of waiting, I’ve had enough of talking, and so have most women in Ireland.

So yes, I am angry, but I am also hopeful. The Yes vote in the marriage equality referendum has shown that Irish people have the will for change. 87% of people want to Repeal the 8th Amendment. The government knows this, but until they are convinced a referendum will pass they will never call one. That is why we need people on the streets, to prove the appetite for change. Together, all of us can build a better Ireland, we can choose a better future, and that starts with repealing the 8th Amendment. See you on September 26th!

One thought on “Why I’m Marching: “If I have a daughter, this is not the country I want her to be born into” by Caoimhe Doyle”