Why I’m Marching: I was anti-choice, now I am pro-choice 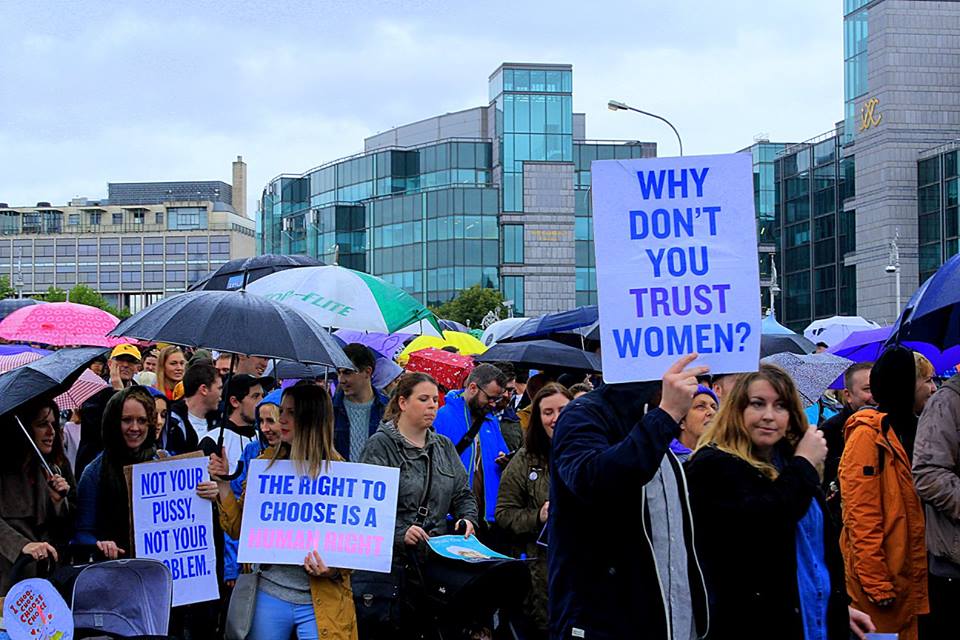 As we do every year, we’ve been asking you to tell us why you are marching in this year’s March for Choice. Thanks to all who have sent us your thoughts. In this entry, first-time marcher Thomas describes how he evolved from a previously anti-choice position to supporting the right to choose. If you would like to tell us why you’re marching this year, please email [email protected]

I am marching to ensure that my wife, my daughter and all the women of Ireland may no longer be seen as second class and instead be granted their rights as citizens of this Republic.

“Why am I marching on September the 30th? It’s honestly a tricky one to answer, largely because up until relatively recently I would have considered myself to be very much anti-choice on the matter of whether a woman should be able to terminate a pregnancy in the Republic.

My former opposition to abortion services being made available in Ireland was based largely on a gut emotive response to the topic, coupled with a dollop of good old-fashioned ignorance. I felt, at the time, and as many other citizens of this Republic do, that abortion genuinely meant murder. That an actual child was having its life taken away from it and that we should not allow such a thing to be legalised in the State, whatever the consequence to the women carrying said child may be.

Looking back on it, there was no one reason which shifted my view on the topic. I suppose the initial spark was the general conduct of the various anti-choice groups in Ireland. Their constant use of misinformation and bully boy tactics made me very uncomfortable. This general feeling of unease I had with being associated with such people can’t be stressed enough, especially when I came to have children of my own. I simply found it reprehensible to be seen to normalize such behaviour in their eyes.

That brings me very neatly onto the other great reason as to why I changed from being anti-choice to being pro-choice on the subject of abortion: my children and in particular, my daughter. This isn’t merely because I don’t want my very much beloved girl to have to make that cold, lonely trip to the UK if she should choose to terminate a pregnancy later in life. Having children with my wife also opened my eyes to the true, insidious and downright evil nature of our lack of reproductive rights in this country.

You see, while most people focus quite a lot on the impact the 8th amendment to our Constitution has on abortion services in Ireland; its effect has a much greater reach. Not only does it strictly deny women a choice with regards to continuing with a pregnancy,it also takes away their choice when it comes their maternity services. I think my wife put it best recently when she said that, when she became pregnant, because of the 8th amendment, she was essentially stripped of her rights. In the eyes of the State she was reduced from being a fully fledged citizen of the Republic, to being little more than a living, breathing incubator. Were anything to occur, then the harsh reality is that, because of our criminal denial of reproductive rights here, the rights of the foetus would supersede that of my wife. That is simply a situation which I could not continue to tolerate.

All of these, combined with a greater understanding of the nuances of the subject, along with many conversations with friends who would have been more liberal than me at the time came together to bring about a complete change of opinion. This year will be my very first year marching to demand repeal of the 8th amendment and for our Government to introduce legislation to allow for the safe, free and legal access to abortion services in Ireland. I am marching on the 30th of September to ensure that my wife, my daughter and all the women of Ireland may no longer be seen as second class and instead be granted their rights as citizens of this Republic. I will not stop until this becomes a reality.”

One thought on “Why I’m Marching: I was anti-choice, now I am pro-choice”