September 20, 2016 - Uncategorized - Tagged: Stigma busting, Why I march, why i'm marching - no comments 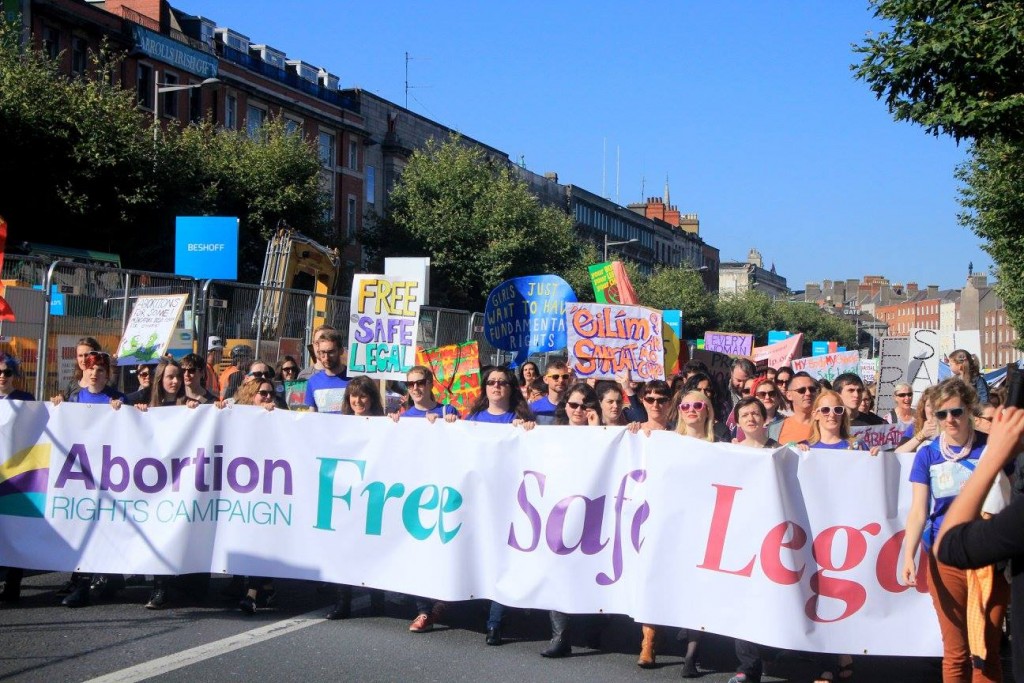 Why I’m Marching: It’s Time for Us to Have our Say
by Eleanore

I am marching this September 24th because I am starting to become ashamed of where I’m from. I was never as proud to be Irish as on May 23rd 2014 when I learned we had become the first country worldwide to legalise gay marriage by popular vote alone; but that feeling has faded.

What does it say about us as a country that old men in government have more to say about our bodies than we do? That our Taoiseach will go to ribbon cutting ceremonies for photo exhibitions but will ignore every single tweet from the Two Women Travel account? That a woman who was brain dead in her hospital bed, so unwell looking that her children were becoming distressed, was kept alive against the wishes of her partner and father because our archaic laws put the life of a nonviable pregnancy above her dignity?

Many people pretend that protecting the 8th amendment will prevent Irish women getting abortions and result in those babies being born. Guess what: Irish women do get abortions and will continue to get abortions. They are just being forced to travel hundreds of miles from home, spend a small fortune and undertake an overwhelming amount of distress for a procedure that should be accessible in a first-world country in 2016.

To deny women access to abortion is nothing short of mental and physical abuse, to the point that Amnesty International have called Ireland’s ban on abortion a violation of human rights.

The 8th amendment was voted in more than three decades ago, in 1983, which means no Irish citizen under the age of 50 has been allowed to vote on the matter and 66 per cent of Irish people want a new referendum.

We refuse to be silent: it’s time for us to have our say.

Why I’m Marching: Home to March
by Sarah

I’m flying from London with a fellow Irish friend to take part in the March for Choice next weekend. We both feel it important to get up and show our solidarity with our fellow country-women. We have the privilege of being able to access a safe abortion if needed, and it shocks and sickens me that this is purely down to geography. I know women that have travelled here for an abortion. They should never have had to. They should have done so with the comfort of home within easy reach, and without the shame and stigma attached. I am angry. I want Irish Women in Ireland to know that Irish Women in England have not forgotten them, we are here and we are with you.

Why I’m Marching: I Want My Daughter to Have Choice
by @canuckjacq

My daughter was born a week early, a year to the day that Savita Halappanavar died.

Twice now, my daughter and I have marched together, with my friends, to make sure she doesn’t spend her pregnancies in terror like I did. In my fear, I made my wife swear that if I took ill during the pregnancy, then she was to drive straight to a ferry terminal, regardless of doctor’s orders. I wanted us to be a family but I did not want a doctor to decide that an unviable foetus had a heartbeat worth risking my own for. We spent every penny we had getting pregnant and we wouldn’t have been able to try again, but we still didn’t feel it was worth dying for.

My daughter and I will march again this year because I trust people to make decisions that affect their bodies and their families. Parenting isn’t easy; pregnancy often is not easy either (mine has left me with some permanent pain/immobility), and it should always happen by choice. Pregnancy and having a child should be joyful and exciting, not full of terror and dread. Every child should be born into love and security.

I came to Ireland from a country where parenthood is a choice. Some of my friends had abortions and they could speak of that freely. They did not descend into regret or suicidal depression afterwards. They have gone on to have the families that they wanted, when it was right for them. I do not come from a nightmarish dystopia where all disabled children are aborted. I come from a country that trusts all its citizens and leaves medical decisions up to a person and their doctors, not bound by religious groups. I know the reality of choice, and I would like my daughter to know it too.