September 22, 2016 - Uncategorized - Tagged: breaking the silence, Stigma busting, Why I march, why i'm marching - no comments 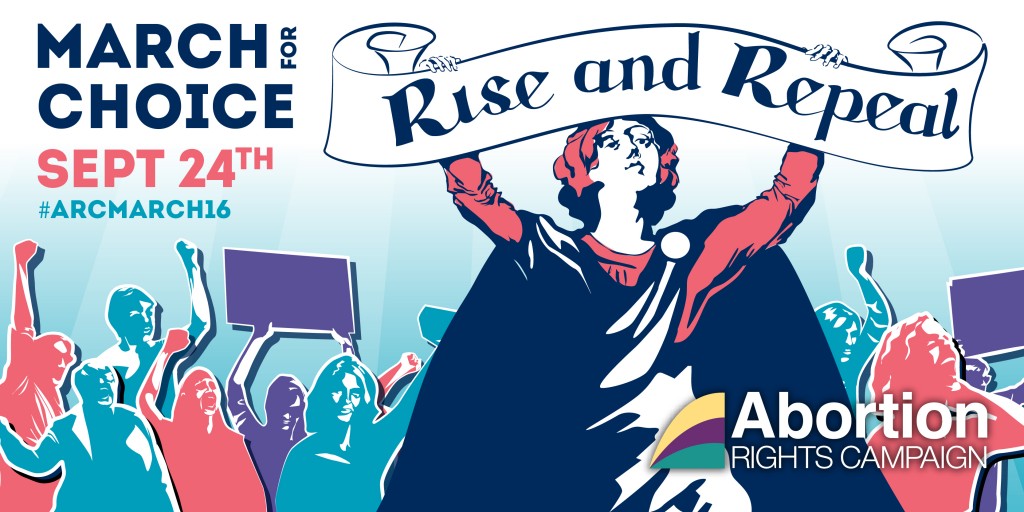 Why I’m marching: For real care and real respect without judgement

We hear the anti-choice campaign talk about the right to life. I’m marching on Saturday because I don’t think ‘life’ is that simple.

I remember vividly the moment everything changed – a sonographer’s silence as she turned the screen away from us. I had experienced grief before and immediately recognised it: a black curtain that closes in front of your eyes, forever shutting out the world as you once knew it. He kicked furiously inside me. “It’s good that it’s happening to us,” I kept telling myself. “We’re strong – we can get through this.”

Along with the sadness I feel when I think about our firstborn, there is a deep, deep sense of gratitude. The care we received was so utterly dignified, the consultant so objectively professional yet supportive, the midwives so warm and caring that we spent weeks talking about them afterwards. It was the definition of ‘care’. I hate the memory of those Whittington corridors, the feeling of walking down the hill from Highgate in leafy north London. But the NHS will always have a special place in my heart, because at a time of numbing grief, we were treated with nothing but respect.

Life isn’t black and white. It comes in full colour, full of bright highs and all different shades of tough, indiscernible grey. There’s no such thing as sheer existence – we feel it, we try to make sense of it, we make decisions and move on. And therein lies the power of it all: we can’t choose what will happen to us, but we can choose how to deal with it – provided our jurisdiction trusts us to.

We hear the anti-choice campaign talk about the right to life, about the need to voice the interests of the voiceless. I’m marching on Saturday because I’m not convinced they can.

We trust pregnant people to mind themselves throughout the sometimes tumultuous experience of a pregnancy, to prepare for the arrival of a new human being who will need their complete attention every moment of every day for years to come, to deal with all the difficult decisions and choices they’ll face as they rise to the challenge of being a parent. How can we decide for their unborn children that sheer existence, the idea of life as absolute, is the best thing for them – no matter how their mother feels, no matter the challenges she’s facing or her feelings of doubt?

We hear the anti-choice campaign talk about the right to life. I’m marching on Saturday because most of the time, it sounds more like they’re talking about the right to birth – the right to arrive into this world no matter the cost, no matter the implications for their siblings, no matter how suicidal their mother is or if she’s been absolutely certain her entire life that motherhood is not for her; indeed no matter the experience of the pregnant person facing months of answering well-intended questions about due dates and plans, knowing that the baby is slowly but surely dying and there will be no such thing as a life at the end of it.

We hear the anti-choice campaign talk about the right to life, and I’m growing really, really tired of it. I’m marching on Saturday because all too often, people tell me they’re pro-life but that what we went through was different – and that’s got nothing to do with life, nor does it have anything to do with choice. That’s telling me that my choice was allowed because I grieved, and that next time, maybe, if they can’t put themselves in my shoes, they’ll deem me a criminal. It’s draining life of all its rich, challenging colour, leaving a watered-down version seeping with shame and fear.

I’m marching on Saturday because I want real care and real respect, and the way things stand, Ireland gives me none of it.

Why I’m marching: Every child a wanted child

I do believe in the freedom of choice concerning not only one’s own body, but one’s own future.

If I had been fertile at age nine, and if in both cases the attack concluded in penetration by the male rapist, I could have become pregnant. Coming from a very poor family, I would have most likely never gone to college, or studied very far. I wouldn’t have been able to escape my then very dysfunctional family, pursue my dreams and ambitions and travel to discover Europe. Not only would I not have been able to become who I became – an autonomous creative female who from an early age decided I didn’t wish to have a family –  I would have been forced to start my own family as a child, while still living with an alcoholic mother. From a difficult start in already difficult conditions, I would have had a terrible hand to play with in this life. Thankfully I didn’t become pregnant, and thankfully in the country where all this took place abortion was already legal, to protect young women like me as well as any woman who should be free to make such a choice.

Every child a wanted child, every woman free to choose to be a mother when she is ready.

Why I’m Marching: Home to March

I am marching because there are so many that are still afraid to speak up. Because the narrative that it “only happens to irresponsible strangers” is one that has to be dismantled. With thousands of women* travelling to the UK to obtain abortions, silence is the anti-choice group’s best ally. By shaming people into silence, the stigma and blame towards female* sexuality and women’s* right to choose prevails. My friends and I march to tell the world that there is no shame in having an abortion. There is no shame in making a decision about your own body. No one can cast judgement on you.

Marching in the streets of Dublin, raising our voices, together calling out to those faced with a difficult decision and letting them know that we stand with them, is a powerful sign. A sign that the 8th amendment has to be repealed.

The notion that silence is neutral in this matter is wrong. Silence and the shame it creates is the most powerful weapon anti-choice groups have. Because not talking about making a personal choice keeps the reality of life and the struggle which women* face when contemplating having an abortion in the dark. Taking down posters in an attempt to silence our voices, defacing stickers that simply state “Abortion. Talk about it.” shows that anti-choice groups want nothing more than our silence.

We need to let people know that they’re not alone in this! That we are here. That we’re your sisters, teachers, mothers or the person that sat next to you on the bus. There are thousands of us and there is strength in numbers, breaking the silence and talking about what it means to have an abortion under current Irish law. I have the privilege of calling Ireland my (second) home and on Saturday I will travel from Berlin to stand and march and raise my voice with my friends in the fight for the rights of every single individual affected by the 8th Amendment. Our voices shall pierce the fog of shame and silence that anti-abortion groups have tried to cast. We will not be silent until everyone in Ireland has access to safe, legal abortions if they wish to make that choice.