What has changed in 21 years 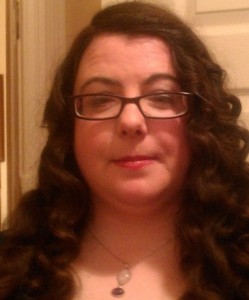 Sometimes it can feel like nothing has changed and we have to take a deep breath and look back to see how much they have.

I was far too young 30 years ago when the debate around the Pro Life amendment was happening in 1983. However I do remember clearly the X Case, the Supreme court ruling and the 2 referenda which followed.
So what has changed in the last 21 years?
To start with, we can buy condoms over the counter and from vending machines. The HSE has websites about contraception, S.T.I.’s and sex education for children and parents. The morning after pill was certified for use and has gone from being prescription only to being over the counter in many parts of the country. We have a national cervical screening service.
For me the biggest change is that of people’s attitudes.
In February 1992 I sided with Miss X and said she should have the right to an abortion here in Ireland; that women should have the right to choose. For daring to say this I was utterly ostracised by my peers in 6th year in convent school; was pulled aside by teachers, nuns and other students and lectured to how wrong and immoral I was.
By the time the first referendum on the Supreme court ruling came around it was November 1992 I was working, the discussions were still hushed and saying that I was prochoice was still shocking.
That referendum 21 years ago, gave Irish women the right to travel and the right to information, which eventually saw the funding for crises pregnancy counselling and the setting up of Positive Options, AbortionAftercare.ie and the Crisis Pregnancy Helpline (Lo Call 1850 49 50 51).
Yesterday, the IFPA commented on the stats released by the UK Department of Health on the number of women who gave an Irish address when they traveled to the UK for an abortion. 3,982 women gave Irish addresses last year, at least 21 from every county. We are aware of these women; they are known about and spoken about in a way which they certainly were not 21 years ago.
Some of these women have been coming forward to share their stories, most noticeably the members of Terminations For Medical Reasons group. Such tragic endings to pregnancies were not spoken about. It was considered too taboo, in the same way women who died in or soon after childbirth were considered taboo.
21 years on we finally have a government which will legislate for the X Case.
21 years on we have TDs who are willing to fight for abortion rights beyond the X Case.
21 years on we have TDs and Senators who are openly prochoice.
21 years on we have Doctors for Choice speaking up for doctors and for the women who come to them.
21 years on poll after poll show that the overwhelming majority of people in this country are in favour of a range of abortion rights to safeguard the lives and health of women.
21 years on we have generations of younger voters who want women to have the choice to continue a pregnancy or not.
21 years on we have a growing network of pro choice people all over the country and a national campaign to work towards making abortion free safe and legal here in Ireland.
Despite hearing the same rhetoric in the Dáil and in the media from those who oppose a bill, which will only legislates for what has been a legal right to abortion in this country for the last 21 years ago much has changed.
Yes, there is much more work to be done, but it is easier to be out and proud of being prochoice. It is wonderful to work with so many diverse people who will not wait another 21 years for real abortion rights.