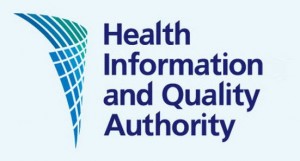 Speaking today, Janet Ní Shuilleabháin from the Abortion Rights Campaign [ARC] noted that the Health Information and Quality Authority [HIQA] report on patient safety and service quality standards is now the 3rd damning report into the death of Savita Halappanavar and called for immediate action to be taken based on the entire report.

“The HIQA report refers to Tanya McCabe, who died six years ago due to a failure to diagnose septic shock and highlights the disturbing similarities between her death and the death of Savita. HIQA issued a report on Tanya’s death 6 years ago and made 19 recommendations, of which only 5 have been implemented.

“This report details a litany of failures which could have been avoided with proper implementation and legal protections. It determined that  the lack of any cohesive implementation of plans, policies and pathways across all of our hospitals and maternity units is a major issue for the safety of patients. There are no national standards of recording data so there is no way of knowing how good or effective our maternity services are, especially in critical emergency cases where a woman’s life and health are at risk. Women in Ireland deserve better than this.”

Further commenting, ARC Spokesperson Cathleen Doherty said “Savita died because of the inadequacy of her care, combined with the belief of the medical professionals in question that she could not legally be provided with a termination of a pregnancy. The government and health services in Ireland expect women to carry pregnancies to term – yet cannot guarantee proper medical care for them.

“The recommendations of these reports should be implemented in full, and there must be a radical overhaul in how the state views matters of reproductive health. Women deserve the best maternity care and equally deserve the right to safe access to a legal termination. The shadow of the 8th Amendment to the Constitution looms large over our maternity services. One of the HSE recommendations in the HIQA report calls for a change in policies and clinical guidelines for the management of inevitable miscarriage – this cannot happen until we repeal the 8th Amendment. We must remove the restrictions placed on our health care providers so they can safe-guard the health and lives of women in Ireland.”