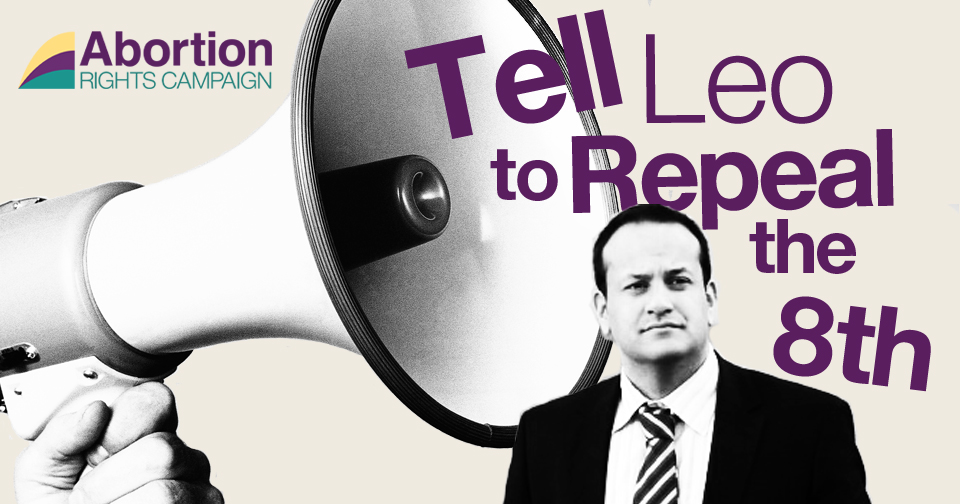 In February this year Varadkar said he would be “advocating” for reform in his party, warning that the eighth amendment of the constitution, which gives equal status to the mother and unborn, has a “chilling” effect on doctors.

You can contact Leo in a number of ways:

I am writing to ask that you and your party vote in favour of the Private Member’s Bill to hold a referendum to repeal the Eighth Amendment on the 12th of May and allow it to proceed to Committee Stage. We recognise that the government broadened access to legal abortion in 2013 with the Protection of Life During Pregnancy Act – but this law is not enough. You yourself have said that this amendment is “too restrictive” and recognise that it has no regard for a woman’s long-term health;  “If a stroke, heart attack, epileptic seizure happens, perhaps resulting in permanent disability as a result, then that is acceptable under our laws. I don’t think that’s right.”

As Minister for Health, you have an opportunity to to make a real impact on women’s lives. Please ensure the wellbeing, the health, and the dignity of every citizen by voting to repeal the Eighth Amendment. We are depending on you.