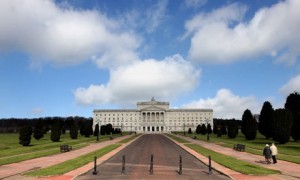 A range of women’s groups and pro-choice organisations has responded with anger to news that the DUP’s Paul Givan, the SDLP’s Alban Maginness and Tom Elliott of the UUP are trying to change the law on abortion here to make it even more restrictive than it already is. While all agree that abortions should be available here on the NHS, they say that it is “almost impossible” for women whose health, as opposed to life, is endangered by a pregnancy to access abortion in Northern Ireland. “Until we are able to get the abortions to which we are legally entitled on the NHS and until there are clear pathways to ensure that all women, whether in the Greater Belfast area or West of the Bann, are able to get abortions to which they are legally entitled, this amendment is nothing but an exercise in gross hypocrisy”, said a spokesperson for the groups.

“Every year, over a thousand women continue to travel to England for abortions, many of which would be legal here. Many hundreds more women access abortion pills over the internet and cause their own abortion here in Northern Ireland. But these women and the reality of their lives are ignored by those who like to pretend that NI is “abortion free”. It is not. Women here need abortion rights just as they do in the rest of the UK and in the Republic of Ireland.

“The extent of the politicians’ inconsistent approach is further evidenced by the Assembly’s general willingness to use the private sector for what many would see as too much of our healthcare provision. There have been revelations this week that the Department of Health has spent £130 million contracting services to private health firms in the last 3 years but now they are to make abortion the one procedure that cannot be carried out in the private sector? Breath-taking is the only word to sum up the level of hypocrisy.”

The pro-choice groups say that they hope the Assembly will be as quick to act to ensure that women faced with a fifth or sixth pregnancy will not be forced to seek an abortion because the proposed benefit cap would mean that they will receive no benefits at all, even child benefit, for a fifth or subsequent child.