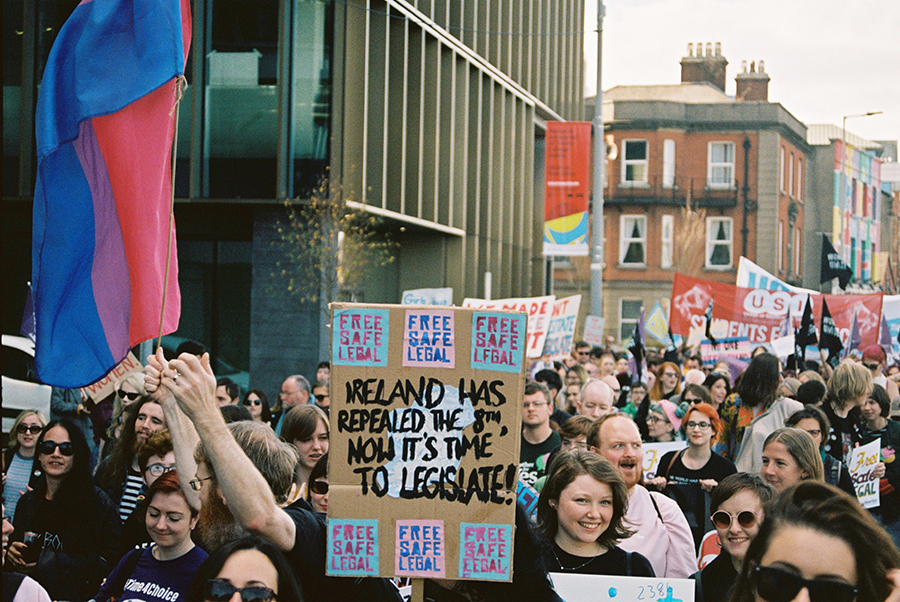 The Abortion Rights Campaign (ARC) welcomes the introduction of legislation that will legalise abortion, but say that much more needs to be done to ensure that abortion care is accessible and based on medical evidence.

“As the Dail prepares to begin debate on the Health Bill, we are disappointed that so little has been done to rectify the considerable problems with the draft legislation, which was published in July,” said Linda Kavanagh, spokesperson for ARC.

Ms. Kavanagh continued, “We appreciate prior commitments made by the Government to provide abortion in the public health system, free from cost barriers and with ring-fenced funding. However, many elements of the legislation remain problematic.”

“Mandatory waiting periods defy all medical evidence and disproportionately harm the most vulnerable groups in society. By the time they present to their doctor, a pregnant person has already thoroughly considered their decision. Neither the Citizens Assembly nor the Joint Oireachtas Committee recommended this measure. Restrictions on abortion that are not based on medical evidence have no place in legislation.”

“The statutory enabling of medical practitioners to refuse care (or “conscientiously object”) opens the door for widespread refusal on grounds of convenience rather than conscience. Italy is a stark example: in some regions, more than 90% of medical practitioners refuse to provide abortions. If this happens here, it will pose a significant danger to people in rural or isolated areas who are unlikely to have more than one medical provider close by.

“The legislation still does not include transgender and non-binary people, who can and do become pregnant and avail of abortion. The legislation needs to be explicitly harmonised with the Gender Recognition Act of 2015.”

“Finally, we are deeply troubled by the continued criminalisation of medical professionals and others who assist a pregnant person in procuring an abortion. This perpetuates the chilling effect which caused such harm under the 8th Amendment. The time has come to fully decriminalise abortion. We urge the Dáil to revise the legislation to ensure it meets international medical evidence and best practice standards.”

Our response to the Health Bill can be found here: https://secretweb1337tbh.abortionrightscampaign.ie/2018/10/03/arc-submission-on-abortion-legislation/