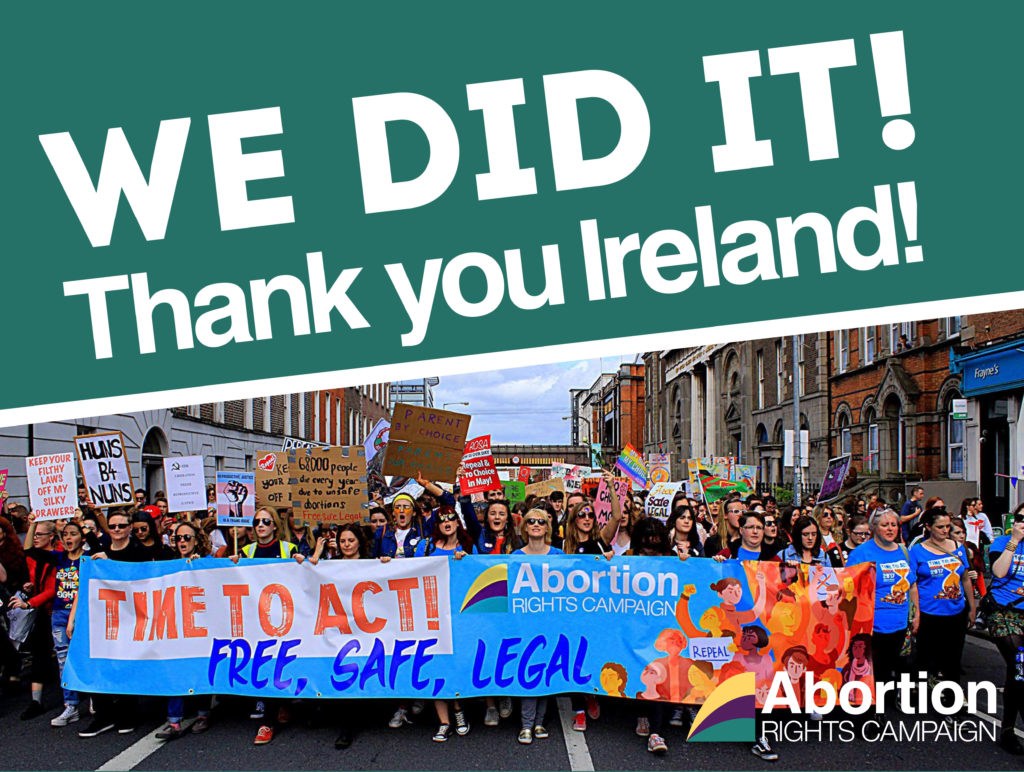 “We’re overjoyed with the result, and so proud to have been one of the three core organisations in Together for Yes” said ARC spokesperson Linda Kavanagh in Dublin this afternoon.

“There were more votes counted today to remove the Eighth Amendment than there were to insert it in 1983. We couldn’t have asked for a more definitive mandate for access to abortion care at home in Ireland”

“Today’s results show what we in ARC have seen around the country for the last 6 years – that the people of Ireland were hungry for change. The grassroots community-led organising at the heart of ARC has been a huge part of the campaign’s appeal across all groups and communities. We especially acknowledge the work of migrants who did not have a vote and who were disproportionately affected by the Eighth, as well as the many trans and non-binary people affected”

“This result is bigger than Ireland: we know the world watches us as abortion access is being eroded in other places. Ireland now has the opportunity to be a beacon to the world in terms of  respect for people who can get pregnant.”

“The people of Ireland voted, knowing what the legislation entailed. We must fight to ensure there is no roll-back of what was promised in the heads of bill. We will continue to campaign for real and realistic access to abortion.”

“We also acknowledge our comrades in Northern Ireland who have supported us unwaveringly, and we support them too in their separate but similar fight to gain abortion access.”

“Our slogan has always been Free, Safe and Legal and we will continue to work to ensure that for everyone in Ireland who needs abortion care.”

One thought on “Press Release: Historic day as Ireland emphatically votes to remove the 8th amendment”