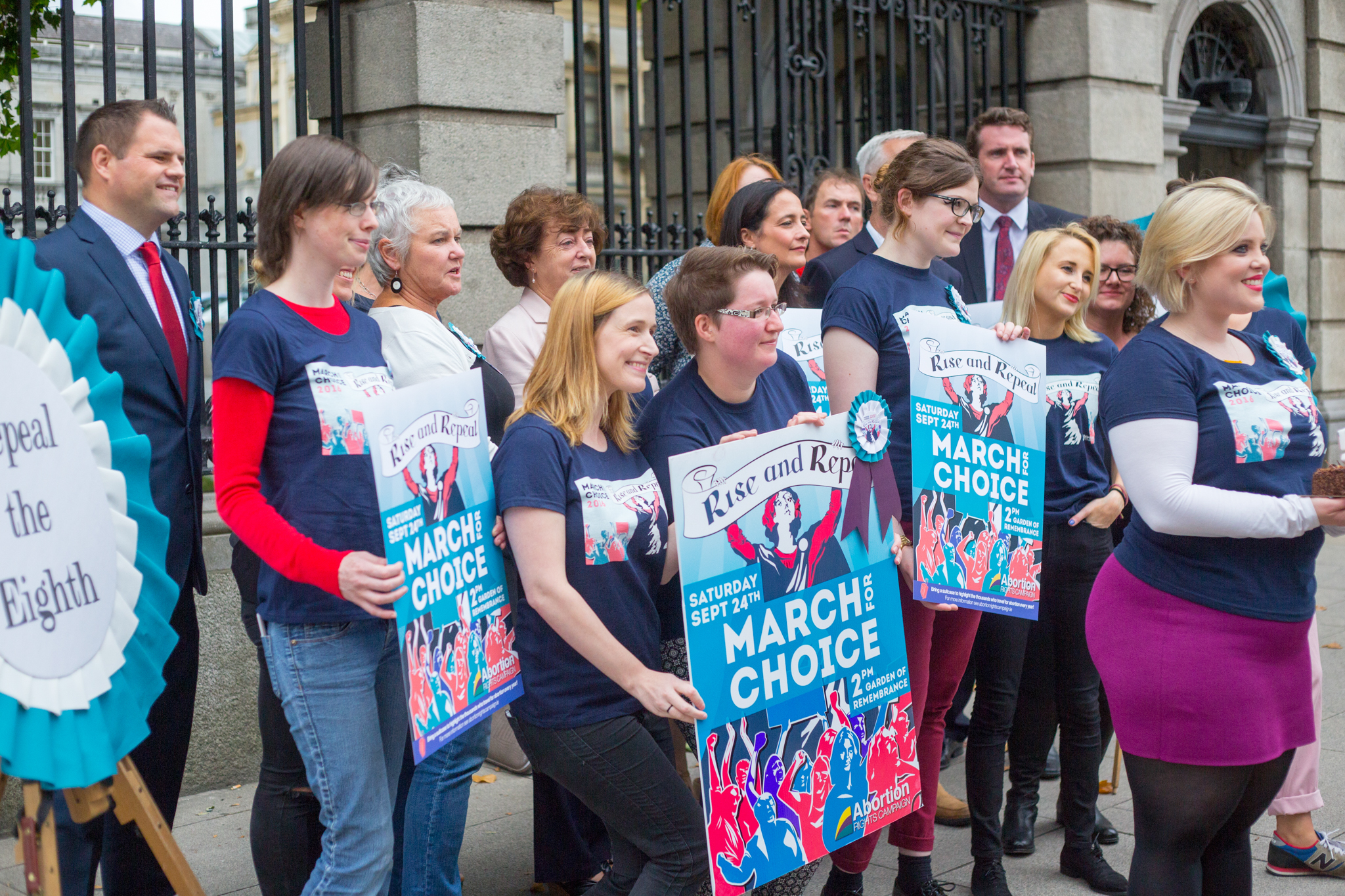 TDs and Senators from across Ireland’s political spectrum come together today in an unprecedented show of support for repeal of the Eighth Amendment in advance of the 5th annual March for Choice, organised by the Abortion Rights Campaign, which takes place in Dublin this Saturday, 24th September.

Abortion Rights Campaign (ARC) spokesperson Michali Hyams said: “We expect thousands to join the march to call for free, safe and legal abortion in Ireland, our numbers have doubled year on year with 10,000 taking to the streets last September. The crowd will assemble at the Garden of Remembrance on Parnell Square at 1.30pm before marching to Leinster House at 2pm.”

Speaking at the Abortion Rights Campaign’s press conference today (Wednesday, 21st September in Buswells Hotel) were Ruth Coppinger (AAA/PBP), Catherine Murphy (Social Democrats) and Catherine Martin (Green Party), representing a broad political spectrum and showing that  – despite the Government’s refusal to genuinely engage with the issue – there is support in the Dáil for a widening of access to abortion. In an area that has long lacked female representation we now see strong voices emerging.

Several other TDs and Senators representing almost every party in the Oireachtas will attend the press conference and are expected to speak from the floor, before joining ARC for a 1916 themed photocall.

Speaking in advance of the press conference, Independent TD Clare Daly said: “The Abortion Rights Campaign’s annual March for Choice will be bigger and bolder than ever. The call for a Repeal of the 8th Amendment is turning into a roar, with today’s generation demonstrating it is no longer willing to see women treated as second-class citizens.”

Fine Gael TD Kate O’Connell said: “It’s great to hear such strong cross-party support for a repeal of the 8th Amendment,which is a testament to all the work that the campaigners have put in around the country. There are many people engaged in sowing disharmony and distrust among us as pro-choice campaigners, trying to play party politics with the issue, or cause divisions in the camp and they are no doubt hoping that this will distract us from our overarching objective. We must trust each other and remain focused on what unites us. The march on Saturday is a hugely important event and a major milestone on the road to repeal.”

Labour Senator Ivana Bacik said: “Back in 1989, I was one of the Trinity College students’ union leaders taken to court and threatened with prison by SPUC because we were providing women with information on where to access abortion. Twenty-seven years on from that legal case, it is long past time for repeal. I will be proud to march with Labour colleagues and many thousands of others this Saturday.”

People Before Profit TD Brid Smith said: “I would urge people to come out on the streets this Saturday so that members of the Dáil cannot ignore any longer the demand for women in this country to have the right to choose to have an abortion.”

Speaking at the press conference, Anti Austerity Alliance TD Ruth Coppinger added: “The momentum for repeal of the 8th looks unstoppable. The only question is what type of referendum can be won by the movement of young people and women which is clearly taking place? That is why the Bill in October by the Anti-Austerity Alliance-People Before Profit is important both as a pressure point and a clear marker of what’s needed – a referendum to delete the 8th Amendment entirely and allow the Dáil legislate for abortion in our health service.”

Social Democrats TD Catherine Murphy said: “The Social Democrats feel strongly that the Constitution is not the place to deal with what is essentially a healthcare matter for women.”

Green Party TD Catherine Martin said: “This constitutional amendment was flawed, was wrong. It has cast a shadow over a generation of women who were too young to vote in 1983. We need to stand up and march on Saturday for that generation, for our generation and the generations of women to come.”

Independent Senator Alice Mary Higgins said: “The people are making themselves heard on the street, but they also deserve a chance to be heard in the ballot box – a referendum is both urgent and necessary.”

ARC spokesperson Janet O’Sullivan said: “The will for change that existed in 1916 remains today, evidenced by new pro-choice groups springing up all over the country. Our elected representatives know this and many are joining with us to call for the change that Ireland so desperately needs. Ireland has yet to fulfil the promise of equality central to the 1916 Proclamation. In the same way the 1916 Rising sought sovereignty over our own country; we rise now to claim sovereignty over our own bodies. After 100 years, we must move forward. Enough blood has been spilled, enough women have died, and too many women are still suffering. No more death, no more silence, no more shame. This is our Rising!”

Photographs – *FREE TO USE* 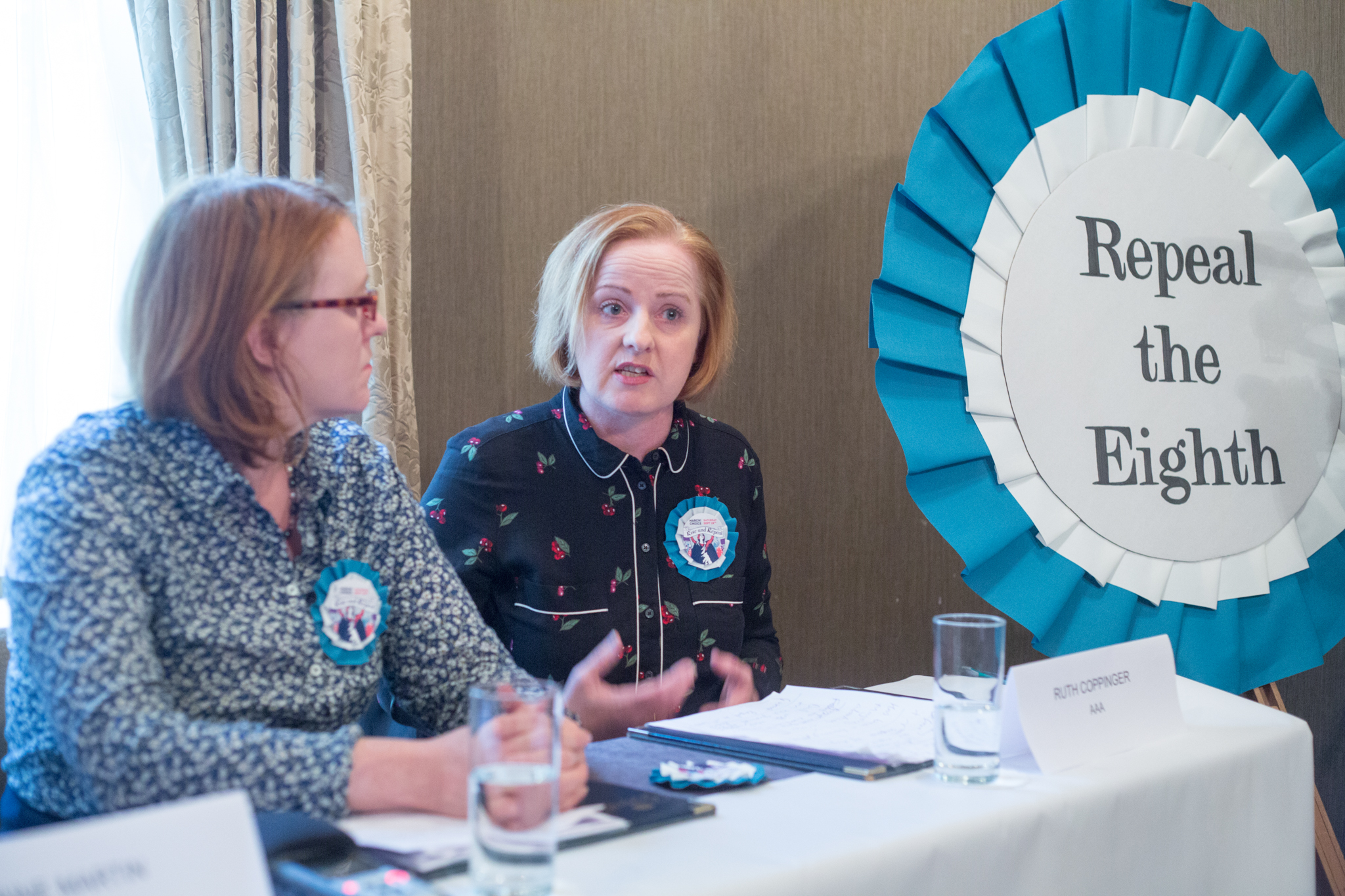 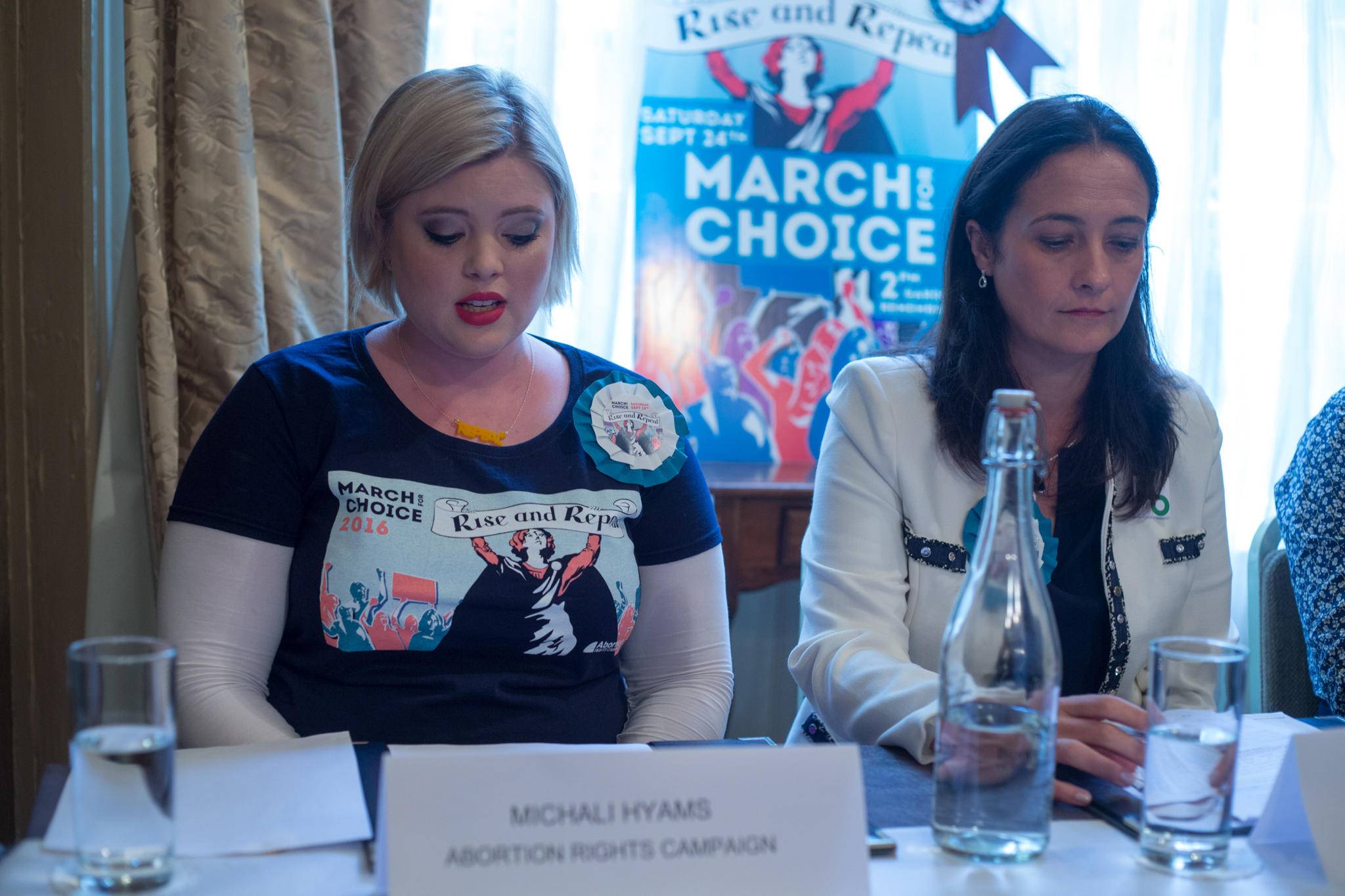 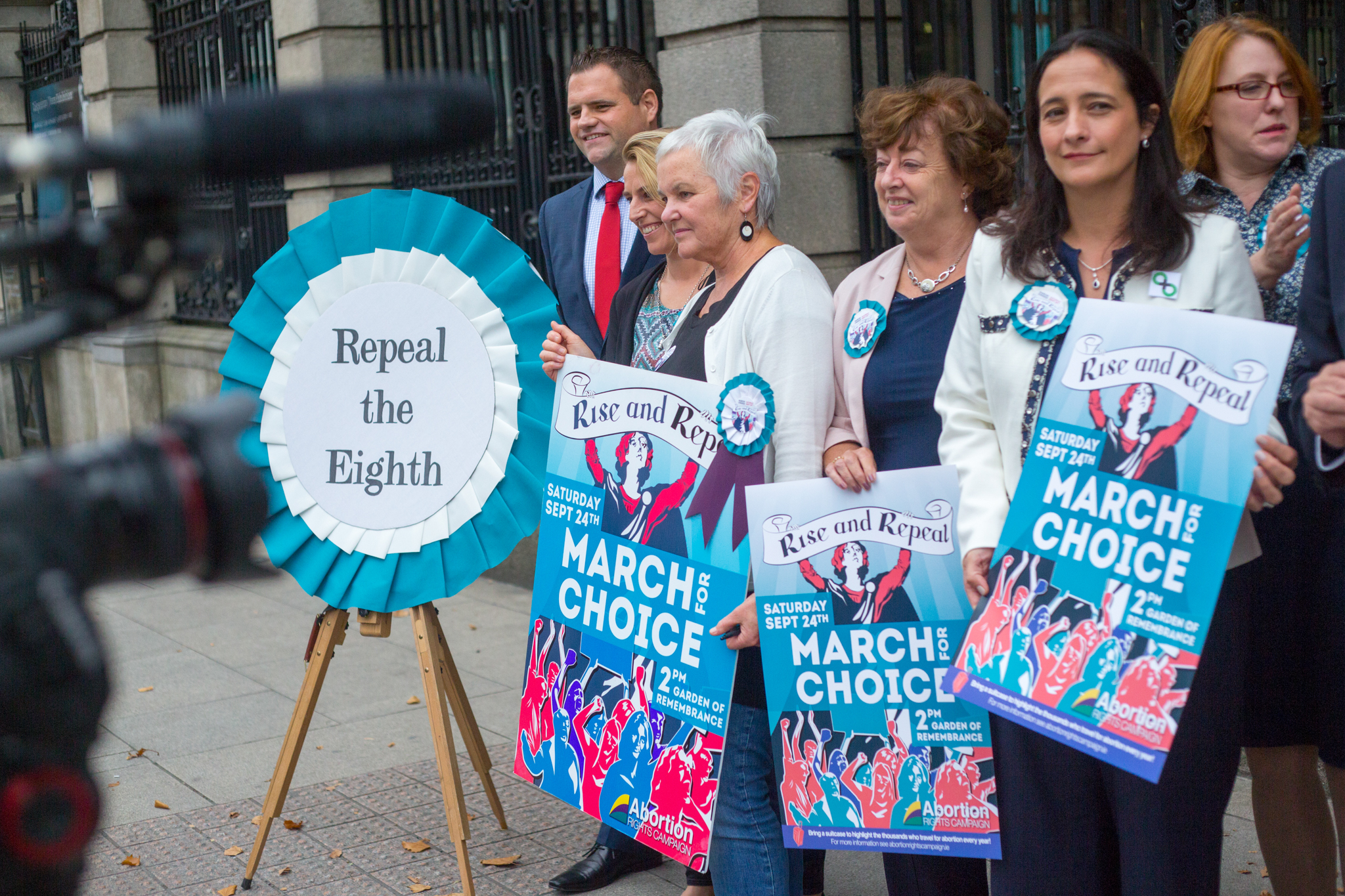