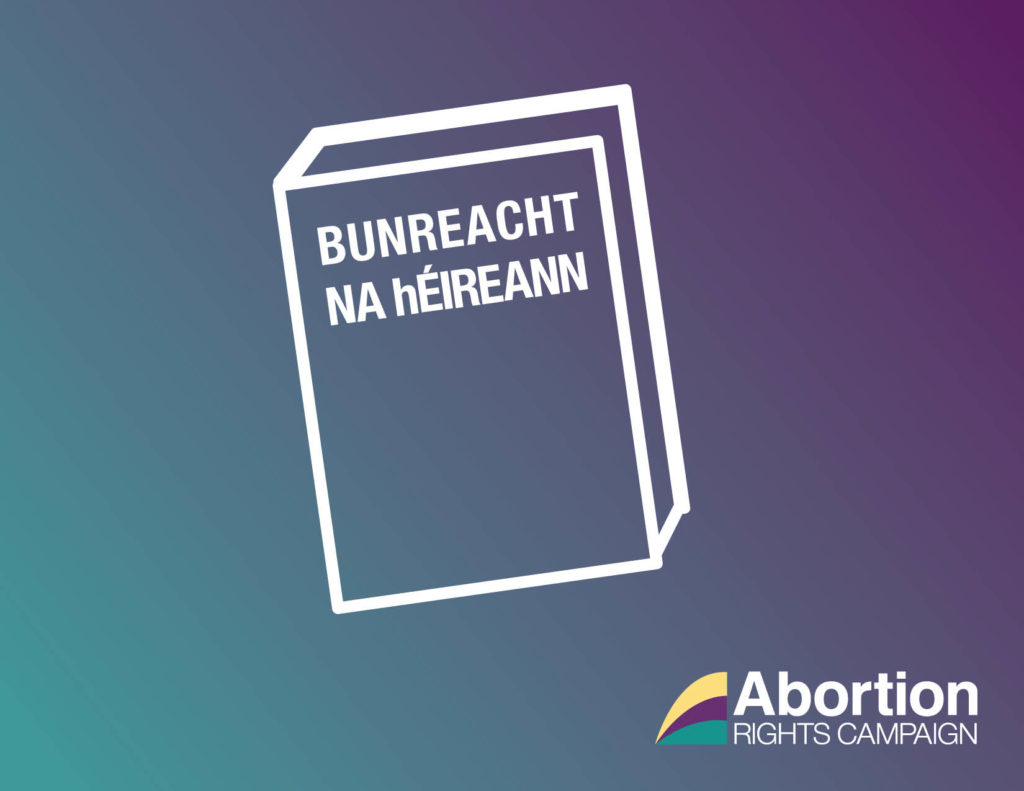 The campaign has today welcomed this important step toward a Referendum to Repeal the 8th Amendment.

ARC spokesperson Linda Kavanagh said: “While the 8th amendment remains in our constitution all pregnancies, wanted or not, are affected. A modern Ireland includes abortion access as part of a comprehensive pregnancy healthcare system.”

Ms Kavanagh said the insertion of an enabling clause which reads: “Provision may be made by law for the regulation of termination of pregnancies” will oblige the Oireachtas to legislate for abortion provision: “It is in line with the recommendations of the members of the Citizens’ Assembly. The people of Ireland want change and this enabling clause specifically empowers the Oireachtas to legislate for abortion, providing a higher degree of legal certainty on the Oireachtas’ power to create legislation.”

Ms Kavanagh confirmed that Abortion Rights Campaign will support the referendum and will be actively campaigning “to ensure that we move away from our dark past and create an Ireland that allows us all to make private healthcare decisions, free from judgement.”

“The removal of the constitutional barrier to abortion care should allow for more progressive and compassionate healthcare for all pregnant people and we are confident the Oireachtas will continue to represent the recommendations of the Citizens Assembly and Joint Oireachtas Committee. However, this is very much dependant on the wording of the Referendum Bill and subsequent General Scheme of a Bill. We will therefore be watching the Government very closely in the coming weeks and months and we encourage our members and supporters to do the same.”

Ms Kavanagh said the campaign is already heating up around the country: “We are also running weekly information stalls and training up and down the country. We encourage anyone who cares about choice in childbirth, and who would like to support pregnant people to make private healthcare decisions in a regulated healthcare structure, to vote in this referendum. Equal, progressive Ireland includes abortion access.”