Parents for Choice Guest Post: The dangers of ‘conscientious objection’ 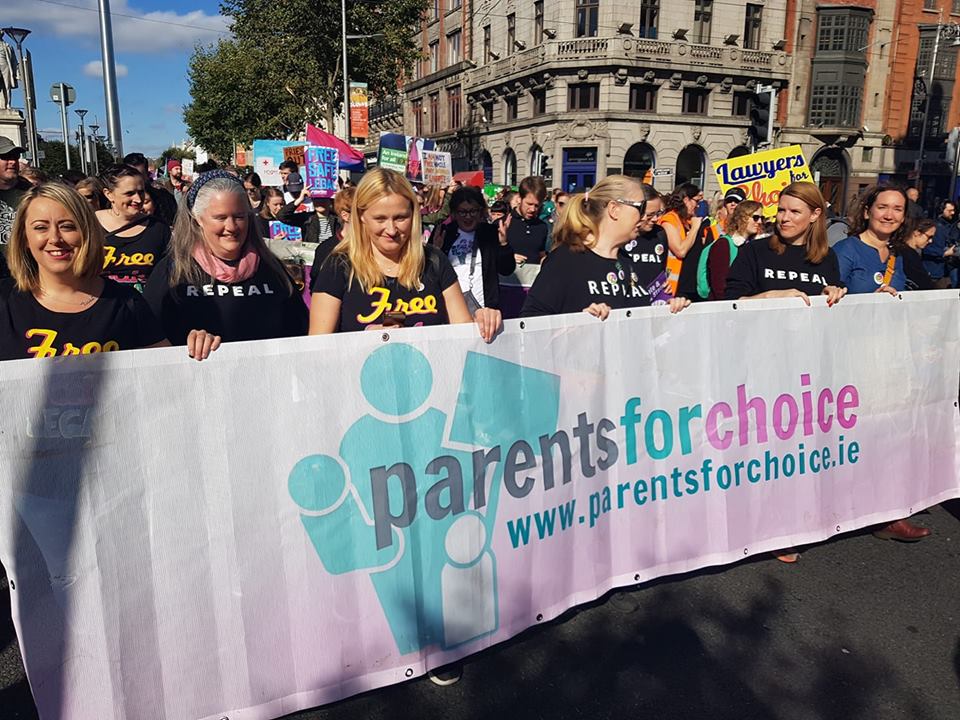 Members of Parents for Choice attending the 2018 March for Choice

This guest post was written by members of Parents for Choice in Pregnancy and Childbirth (also Parents Together for Yes). It closely mirrors the guest blog post written recently by Paola Rivetti of MERJ (Migrants and Ethnic Minorities for Reproductive Justice) – check out Paola’s guest post here.

Septicaemia, loss of life, refused a termination. The words are painfully familiar, but this story of the death of a young woman as a result of being denied a termination is not the story of Savita Halappanavar. No, the story from 2016 that resurfaced in the last couple of weeks is that of Valentina Milluzzo, a 32-year-old Italian who contracted septicaemia when miscarrying twins, and died having been refused a life-saving termination because a heartbeat could still be detected.

It’s hard to say what’s more despicable: that a woman is left to die, like Savita, as a result of medical professionals’ hands being tied by unforgiving, strict yet somehow still ambiguous abortion legislation; or that a woman dies, like Valentina, even though the law is on her side, as a result of doctors refusing to perform a termination. Perhaps it doesn’t matter – but one thing is certain: Ireland doesn’t need to go through this again. Ireland has a lot to learn from Italy.

Abortion has been legal in Italy for decades, allowing pregnant people to terminate without restriction as to reason for the first three months of pregnancy, as well as thereafter where the mother’s life is at risk or foetal abnormalities are present. In reality, however, accessing abortion in Italy is far from uncomplicated. Because of a conscience clause in the legislation, allowing doctors, nurses, gynaecologists and others to conscientiously object to the procedure, a growing number of health care professionals now refuse to perform abortions. This forces more and more pregnant people to resort to illegal, sometimes unsafe solutions. According to the Italian government, the number of objecting gynaecologists jumped from 58.7% in 2005 to 70.9% in 2016 – and in Sicily, 86.7% of doctors are conscientious objectors.

As the debate on the new abortion bill comes to a close in the Dáil this week, we should think of Valentina. You could argue that, had the 8th amendment already been repealed back in 2012 and the new legislation in place, Savita would still be here today. But the truth is that we don’t know that. The truth is that, even though conscientious objection is not allowed in Italy in cases where a pregnant person’s life is at risk, blurred lines and judgement calls put lives at risk – and we can’t know exactly how much risk until it’s too late.

We are hearing about Valentina again right now because a judgement has been reached and seven doctors charged with culpable manslaughter. It is encouraging, if sadly insignificant, that at least the laws in Italy are being enforced. Yet it is hard not to think that none of this should have happened, and that it’s all a waste.

This is the time to tell your TDs how you feel about conscientious objection. The next time you hear the word septicaemia, it might be too late.