Open Letter to the Citizens’ Assembly 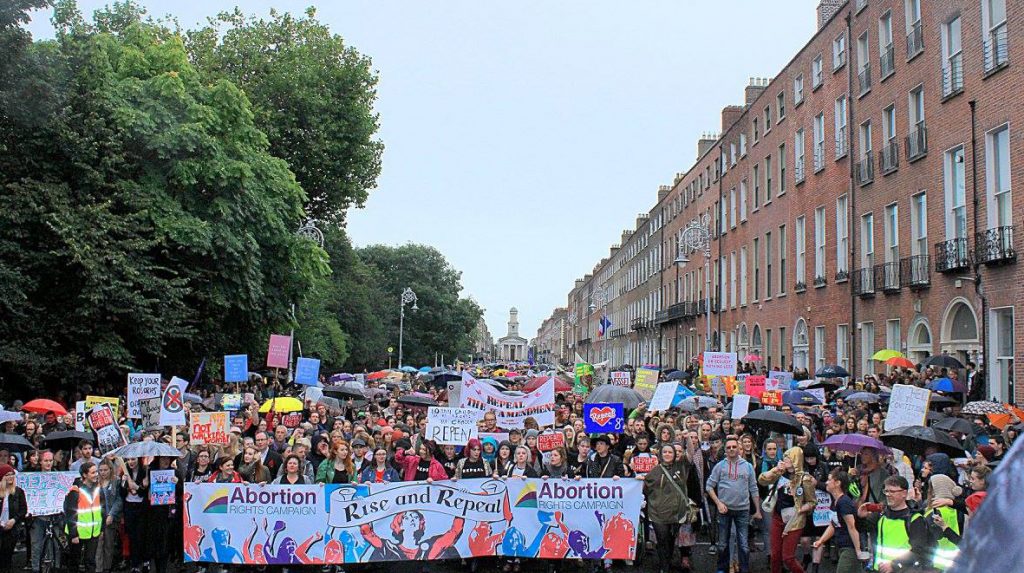 We are disappointed not to have been invited to present at the Citizens’ Assembly sessions on 4-5 March. The Abortion Rights Campaign (ARC) is the largest pro-choice group in Ireland. We represent the rights holders in this debate and have over 20 regional groups around the country. Every year since 2013, we have organised the annual March for Choice, which last year saw over 20,000 people take to the streets for choice. We are an entirely grassroots, volunteer-led organisation committed to advocating for free, safe and legal abortion services in Ireland.

Our submission to the Citizens’ Assembly set out our vision for free, safe, and legal abortion access in Ireland. It explained the negative consequences of the 8th Amendment, how abortion could be made available under the public health system, and how full decriminalisation would work.

Our submission also contained the personal stories of over 60 people who have been directly affected by Ireland’s abortion laws. These stories represent a wide range of people – students, parents, young, old, Irish-born, immigrant – as well as a wide range of reactions. The common thread in these stories was the sense of anger and frustration many of these women felt at being forced to travel or take abortion pills illegally under the shadow of secrecy and shame.

Our exclusion from the Citizens’ Assembly presentation process means that these women’s stories will be excluded too. We put together our submission with the specific intention of centring the voices of those most affected by the 8th Amendment. It is vital that these personal stories are represented in front of the Citizens’ Assembly . While anonymised video submissions from individual women will be included,  we find it extremely troubling that these women were chosen specifically because they did not submit their stories through an organisation, a condition not made public during the submission process. We asked women to submit their stories via our submission because we wanted to ensure their voices would be heard by guaranteeing their anonymity, an option not available on the Citizens’ Assembly website. Since it was not revealed that the Assembly would not be presented with personal stories submitted as part of a larger submission document until well after the submission deadline had passed, our efforts in trying to centre women’s voices (a request made by the Assembly) in our submission were wasted. Combined with not being invited to speak, an important part of the discussion is missing: the opinions of people who have suffered through being denied access to abortion.

We also note from the list issued on Monday that one invited group (Women Hurt) specifically represents women who regret their abortions. However, there is no group whose function is to represent pro-choice women who have had abortions and do not regret their decision, including the human rights and women’s rights groups. We know that the vast majority of women in Ireland (87%) do not regret their abortions. Therefore, we see a great oversight on behalf of the Citizens’ Assembly, and this is certainly a gap that ARC can fill.

We fully support all the pro-choice groups who have been invited to present, and we know their presentations will be thoughtful and informative. However we would appreciate the chance to present at the sessions in March 2017 to ensure the voices of the rights holders are heard during this process. We would like to impress upon the Citizens’ Assembly the importance of listening to the voices of people whose experiences of Ireland’s abortion laws are restrictive, stigmatising and full of trauma. Indeed, the Citizens’ Assembly have made it clear they would like to hear many personal stories from people who have had abortions. The vast majority of these individuals made an informed choice that was right for them; the trauma they suffered was caused by the 8th Amendment.