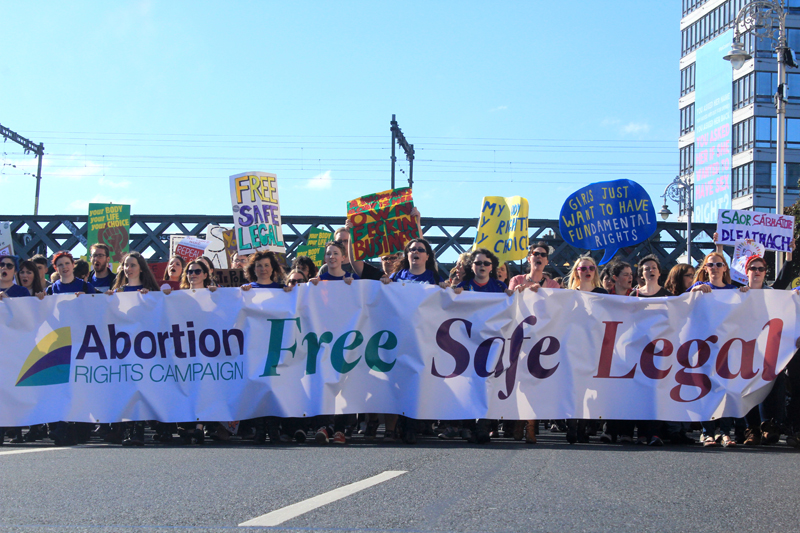 Tomorrow (Thursday, January 14th), members of the Abortion Rights Campaign (ARC) will be in Geneva, Switzerland for a review of Ireland’s Children’s Rights record. Minister James Reilly and high level representatives from a range of government departments will be present to respond to questions posed by the UN Committee on the Rights of the Child.

Speaking in advance of the hearing, ARC spokesperson Grace Wilentz said, “In Ireland, girls and young women have been at the centre of many abortion cases that catalysed legislative or social change. However, even after the Protection of Life During Pregnancy Act, it remains unclear if  X herself would have been able to access abortion services under the very legislation that was supposed to implement the X Case judgment. Major barriers remain preventing adolescent girls and young women from making autonomous decisions about their health, their bodies, and from exercising their rights.”

ARC spokesperson Alison Spillane said, “Abortion remains illegal in Ireland except in very rare circumstances. What this means in practice is that marginalised girls, such as young asylum-seekers and girls in the care of the state, bear the full burden of the Irish state’s abortion ban, while more privileged girls can circumvent it by travelling abroad. Even those who do have the ability to travel often do so at significant financial, physical and emotional cost.”

She added, “We believe that in order to meet its obligations under the Convention on the Rights of the Child, the Irish state must hold a referendum to repeal the 8th Amendment of the Constitution. The sexual and reproductive health and rights of girls cannot be fully protected in line with the Convention until this step is taken.”

In its submission to the UN Committee, the Abortion Rights Campaign drew attention to the shortcomings of Irish abortion law, arguing that the Protection of Life During Pregnancy Act 2013 does not fulfil Ireland’s obligations under the European Convention on Human Rights, nor does it legislate for the constitutional right to abortion established in the X Case. The submission also criticised the State’s decision to re-criminalise abortion under the Act, highlighting that this was a dangerous and unnecessary step, which contravenes human rights standards.