More and more voices join the call to repeal the eight 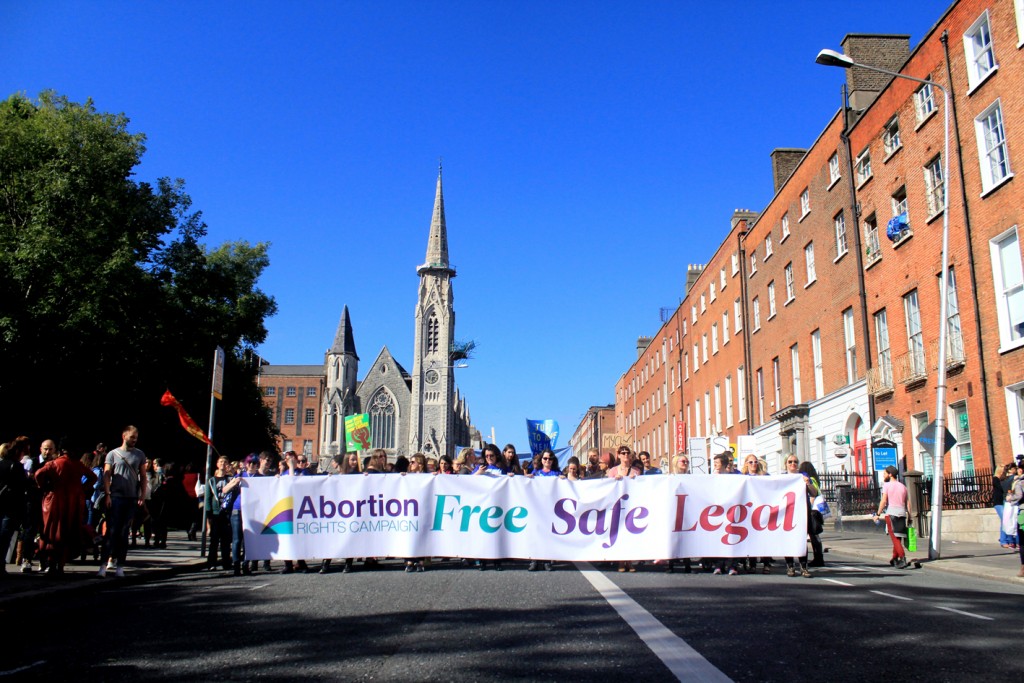 On October 7th, the 32nd anniversary of the 8th Amendment to the Irish Constitution, the Irish Congress of Trade Unions (ICTU), the largest civil society body in Ireland, called for its repeal. ICTU opposed the 8th Amendment in 1983 and remain opposed to it today, calling it “a fundamental obstacle to women’s equality.” In 1983 they described the 8th Amendment as being “inappropriate in a democracy.” On Wednesday, ICTU Equality Officer David Joyce said “Women comprise more than half the trade union membership in Ireland and it is unacceptable that they live in a country where the law puts their health and lives at risk, criminalises them and forces them to travel abroad to avail of safe and legal [abortion]. It is time to start undoing the damage done in 1983.” Laura Duggan, ICTU youth, added, “It is deeply shameful that some have had to die or undergo torturous situations before our legislators will move on the issue,” and pointed out that no-one under the age of fifty had the chance to vote on the 8th Amendment.

Yet we all live with its legacy. The Geneva Convention stipulates that safe abortion must be made available to women raped in conflict, but Ireland denied an abortion and forced a C-section on a young woman who sought asylum here following repeated rapes in her war-torn country of origin last year. In 2012 Savita Hallappanavar died needlessly of sepsis following repeated requests for a termination that were ignored, and since 2013 any person who procures an abortion can be imprisoned for up to fourteen years.

On Monday October 5th Dublin City Council passed a motion to Repeal the 8th by 39 votes to 11. Over 1500 artists from the worlds of literature, music, film and television and visual arts, including Sinead O’Connor, Ciillian Murphy and Anne Enright have signed a public statement calling for its repeal, stating that the 8th Amendment “has prevented our doctors and our legislators from providing proper care to women in Ireland. The resulting physical and emotional trauma inflicted on women is inexcusable and an on going shame for Irish citizens.”

A poll taken at this year’s National Ploughing Championships shows that 64% of farmers want a change to 8th Amendment with only 34% opposed. Even 51% of those who attend Mass regularly are not happy with the current law, according to the poll which was published by the Irish Examiner. This may come as a surprise to some, as, correctly or incorrectly, farmers are often seen as a conservative group. However, most farmers are aware that abortion can be necessary for an animal’s health and survival in some cases. Why is it that farm animals can have unsafe pregnancies ended promptly to safeguard the health of the animal, but the same cannot be said pregnant women* in Ireland? Even if it is what she wants, what her doctor considers the best treatment, and even with this being international best medical practice?

Many farmers are female, and male farmers have women and girls in their lives, and they want what’s best for them – we know what is best is to repeal the 8th Amendment and allow for healthcare in Ireland to finally come in line with best international practice.

This year, we held our fourth annual March for Choice on 26th September, marking the International Day of Action on Access to Safe and Legal Abortion. 10,000 people joined us to march from the Garden of Remembrance to the Dáil; almost double last year’s attendance. Abortions are an Irish reality and it is clear that Ireland’s so-called “pro-life” laws do not stop abortions, but instead force Irish women to risk their health, freedom, financial security, and enormous stigma to access the healthcare they need. Speakers at the march also highlighted that the 8th Amendment compromises maternal care in Ireland.

Other groups which have called for a repeal of the 8th Amendment include the National Women’s Council of Ireland, the Trade Union Campaign to Repeal the Eight, AkidwA, The Irish Human Rights Commission, and Amnesty International.

*women is used in this article but the Abortion Rights Campaign includes any person who identifies as a woman, and acknowledges that not just women may need access to abortion as part of health care.