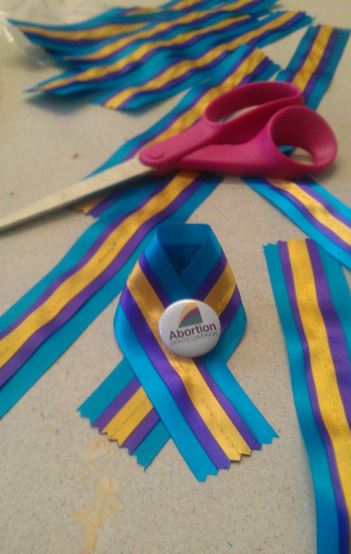 The Abortion Rights Campaign [ARC] have joined with Pro-Choice groups across Ireland and Northern Ireland for a series of events observing the Global Day of Action for safe and legal access to abortion on Saturday 28th of September. After the inadequate legislation passed in July, Ireland is ready to take the next steps toward securing free safe and legal abortion access.

Cathie Doherty, ARC spokesperson commented: “Irish law must reflect the reality of women’s experiences and the public desire. The majority of people in Ireland want wider access to abortion than is currently permitted under the 8th Amendment to the Irish Constitution. On Saturday the 28th, we will gather as a community to share the stories of the thousands of women who have real experiences choosing abortion.  We aim to break the silence and stigma that surrounds abortion in Ireland. We need to cut through the circular debates with the sharp reality of women’s needs. ”

“After two decades, the A, B and C ruling and the X Case have inched Irish women’s reproductive rights forward,” said Jon O’Brien, president of Catholics for Choice. “But do we have go through the entire alphabet before Ireland is able to advance to a workable abortion law? Irish women deserve more than just being a letter in a lawsuit. An abortion in exile, whether England or Spain, will never be the equivalent of Irish women’s consciences ruling their health at home. The Eighth Amendment to the Irish Constitution does not serve Irish women well and I wholeheartedly support efforts to repeal it.”

Sarah Malone ARC spokesperson commented “We continue the fight to secure the right to abortion for women in Ireland. It can be easy to forget about the 12 women a day who walk out of their houses and travel to England, the women who collect their abortion pills from the post, the women who set off for other European countries to access a medical service they need at home. It is only through raising these needs that we will remind politicians and the whole country that we will not let these stories stay silent and we will not let government continue to shirk their duty to the thousands of women in Ireland.

Saturday’s March for Choice represents a crucial step on the road to safe and legal abortion in Ireland.