“Too Many Barriers: Experiences of Abortion in Ireland after Repeal” 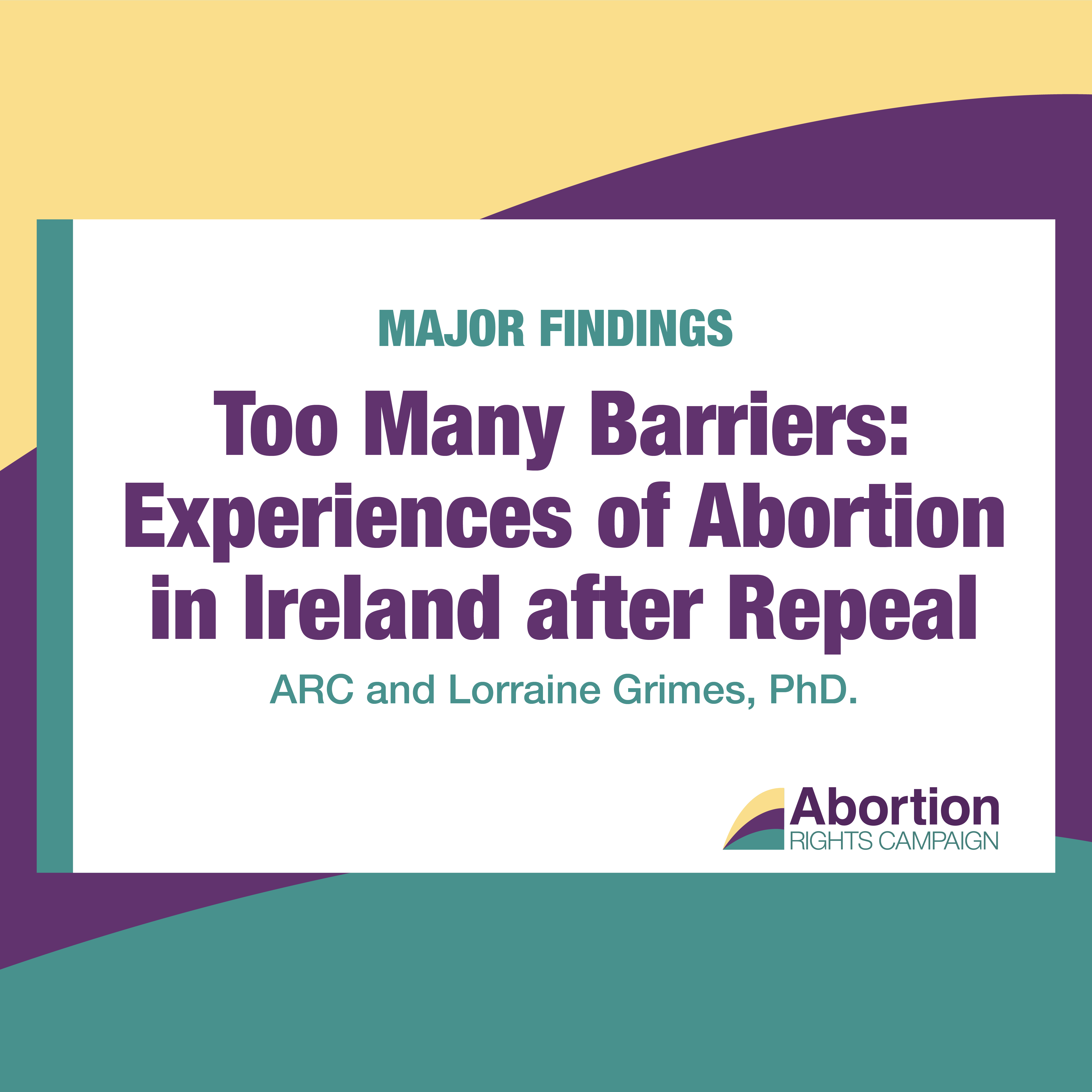 Between 2019 and 2021, the Abortion Rights Campaign (ARC) developed and conducted an extensive research project to evaluate individuals’ experiences of Ireland’s abortion services. This event will publicly launch the results of that project, giving valuable insight into how Ireland’s abortion services are working from the patient’s perspective, and highlighting the many barriers to care that still persist.

We will have a presentation from data analyst Dr Lorraine Grimes outlining the key findings and recommendations to improve abortion service provision in Ireland. Additional speakers will highlight the barriers to care in law, medical practice, and on the ground, as well as what needs to change in the upcoming legislative review.

There will be a brief Q&A session at the end.

Lorraine Grimes is a Postdoctoral Researcher in the Social Science Institute at Maynooth University on the project ‘Digital Preservation of Reproductive Health Resources: Archiving the 8th’. She has worked on projects including the World Health Organisation project ‘Reproductive Health: The Implementation of Abortion Policy in Ireland’, and has a number of forthcoming publications focusing on unmarried motherhood, maternity care and stillbirth in Britain and Ireland.

Mairead Enright is a Reader in Feminist Legal Studies at the University of Birmingham and a founder member of Lawyers for Choice. With Fiona de Londras she wrote Repealing the Eighth: Reforming Irish Abortion Law (2018).