The Abortion Rights Campaign is standing in Solidarity with Alliance for Choice and the 21 year old woman facing prosecution in the North of Ireland.

We condemn the arrest and prosecution of a 21 year old woman in County Down who has been accused of using poison to procure abortion. Both Mifepristone and Misoprostol are on the World Health Organization’s list of essential drugs; these drugs are not poison. These are the same drugs used for medical abortions in the rest of the UK. If this woman lived in England instead of Northern Ireland she would have been prescribed this medication on the NHS. Mifepristone and Misoprostol are also routinely used for miscarriage management.

We are organizing a solidarity protest at the GPO at 6pm this coming Friday to coincide with the protest in Belfast by Alliance for Choice.

This event is supported by Repeal the Eighth Coalition, USI, ROSA, Trade Unions for Repeal of the Eighth 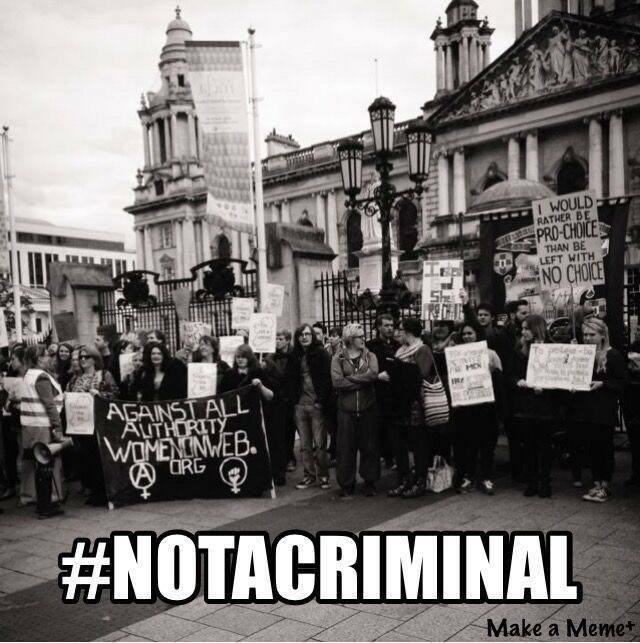