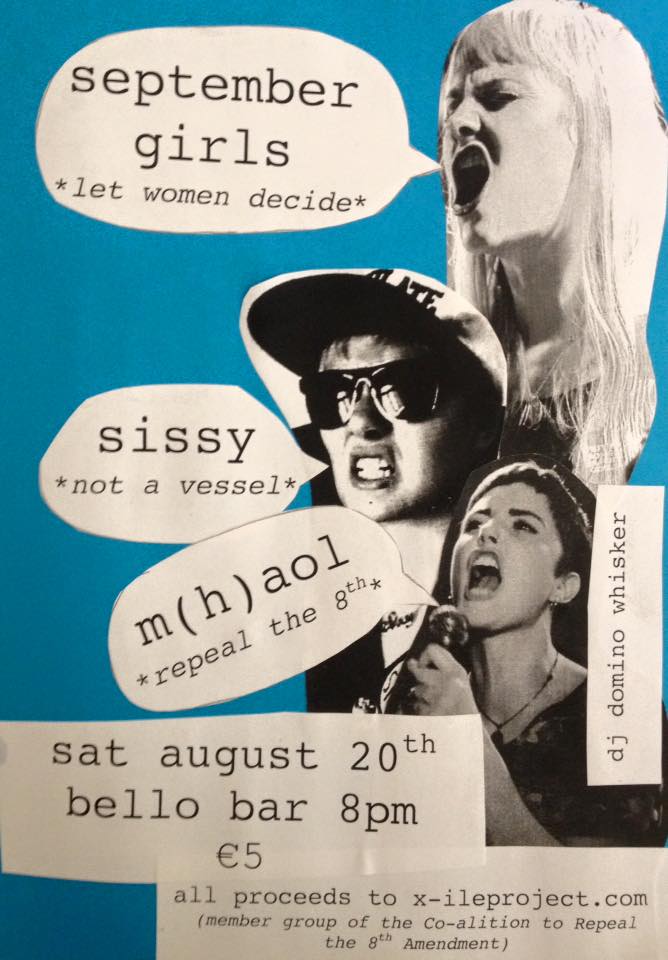 The X-ile Project:
X-ile project is an ongoing online gallery of women* who have accessed abortion services outside of Ireland and Northern Ireland. Our objective is to give a much-needed face to women* who have effectively been exiled and ignored due to unduly restrictive and oppressive abortion laws. Our gallery demonstrates that those who choose to travel to have an abortion are responsible, ordinary women and are members of our communities. They are our neighbours, friends, colleagues, mothers, daughters and partners. X-ile Project is changing the nature of conversations around abortion from the grassroots up. We believe that abortion rights and the corresponding discussions should be led by the women affected, not by politicians.

In recent times several women have come forward through various media outlets to share their abortion stories. X-ile Project builds on the important work undertaken by such women. We believe that it is vital to strengthen links between women who have travelled for abortion services, and to present such women as one cohesive group and as members of our community. Our website launched on 10 December 2015 with our first group of 11 photographs. Our second group of photographs was launched on 23 February 2016. The third group of photographs was launched on 9 June 2016. We continue to seek participants for our online gallery into the foreseeable future.
It is the time to confront the abortion issue in Ireland and Northern Ireland, and to build toward a more progressive future where women are heard, respected, valued and trusted. We are committed to the destigmatisation of abortion in Ireland. We stand firmly in support of the 160,000+ documented women who have travelled to avail of abortion services.

X-ile Project is proud to be a member of the Coalition to Repeal the 8th Amendment. Repealing the 8th Amendment is vital for all women in Ireland who require abortion services, especially women who cannot travel for various reasons including lack of means, migrant or refugee status, disability, or personal circumstances.

X-ile Project is a grassroots organisation that runs on an entirely volunteer basis and is not funded by any outside organisation.