Blog: Please vote in the referendum, because I cannot 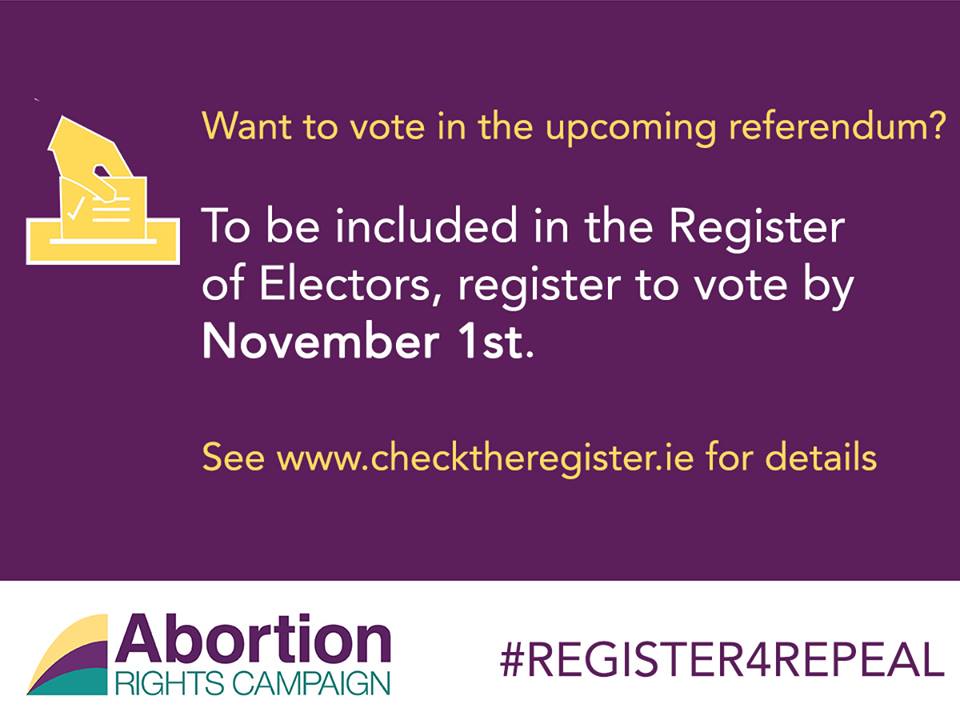 In this guest blog, Lorelei Fox-Roberts talks about how, despite living here for 26 years, she is ineligible to vote in next year’s referendum on the Eighth Amendment, and how important it is that everyone who can vote, does so. Check the register here.

The campaign to repeal the 8th amendment is one I support entirely, but I am also aware that it is a campaign which is seen by many as controversial or confusing. Given that, I have been trying to engage in discussion with those who are undecided as much as possible. With the current push to get young voters registered, this seemed like a good opportunity to highlight just how essential I believe it is that everyone exercise their right to vote.

I grew up surrounded by activism; most notably Pride marches and community events aimed at increasing awareness of and supports for the needs of the LGBTQ community- a cause which has always been close to my heart as I have gay parents. Political activism is something which I strongly believe each and every person should be involved in, on some level. However, I do recognise that for some people activism is viewed as unsettling territory that can, in some instances, seem too emotionally fraught to engage with.

Given that and the regular release of misinformation muddying the waters around what exactly would be entailed in a full repeal of the 8th, I try to be objective in discussion; but when it comes to the electorate and the numbers of people who don’t see the point in voting, I hope a personal story might have more impact for a lot of people. So, on that note…

In any vote, there are numerous concerns about factors that lead to low constituent turnout, from weather conditions to coinciding events, but I have always found the most troubling to be this idea that one vote won’t make any difference and so there’s no point. I can’t emphasise enough how significant every voice is. Every vote counts. Each one is a manifestation of a political belief as communal political change. Democracy is something long sought by many countries and while bureaucracy and corruption have undoubtedly altered the system, the fact remains that it is your right to vote, to have your say. People dedicated and lost their lives for our right to be heard and to affect change.

Despite what I have written, and stand by, I won’t be voting. I can’t. Despite having been an Irish resident for the past 26 years (since the ripe age of two), I have never been naturalised, due entirely to the cost. I meet the eligibility conditions and I have lived in Ireland for my entire working life, but simply cannot afford to undertake naturalisation and gain my right to vote. I mention working here, but I am not just a taxpayer; not just a former student – I am a member of my community, a neighbour, and a mother. Yet I find myself in this frankly frightening position of being unable to be heard, unable to affect change for myself, for my friends, for all pregnant people in Ireland, and, most painfully, for my daughter. To not be out there dropping a ballot to protect my daughter’s future is incredibly unsettling. I don’t want her to ever have to join this cause, or march to fight for her right to bodily autonomy and I can’t go out there and help ensure she doesn’t have to. But you can. Whoever is reading this, you can. You can shape this country. You can change the outcome for so many pregnant people to come. Lives can be saved and dangerous, traumatising situations can be avoided.

Please, take this opportunity to be heard. Check that you’re on the register (at www.checktheregister.ie), or get your name on it here.