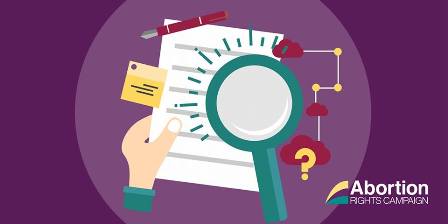 “We are pleased with the Assembly’s recommendation that the termination of pregnancy without restriction should be lawful,” said Clare Lanigan, spokesperson for the Abortion Rights Campaign on Thursday. “We also welcome, with caveats, that the recommendations for legislation allowing full abortion access for the first 12 or 22 weeks of pregnancy respectively have been upheld in the report.”

Ms Lanigan added, however, that these recommendations fall short of the “gold standard” of abortion access: complete decriminalisation and free, safe and legal access for all who need it when they need it. “While it is still a huge step forward to see legislation that respects women and pregnant people’s bodily autonomy being proposed to the Government, these kind of arbitrary limits are not medically necessary and will still cause many people to be denied the access they need.”

Ms Lanigan continued, “The Abortion Rights Campaign also welcomes the findings that the members of the Citizens’ Assembly recommend that ‘termination of pregnancy, any rights of the unborn, and any rights of the pregnant woman to be matters for the Oireachtas….to decide how to legislate on’. We don’t think that another Constitutional article is necessary to ensure this happens because we believe that the 8th Amendment must be fully repealed and not replaced.”

Linda Kavanagh of the Abortion Rights Campaign said, “We do not support the recommendation of 12 ‘grounds’ for abortion access and associated gestational limits proposed by the Assembly.”

“Exceptions-based abortion access is impracticable and discriminatory, as we explained in our submission to the Citizens’ Assembly. For example, access on grounds of fatal foetal abnormality is welcome and will go a long way to easing the years of pain inflicted on women and couples in these situations, however, it still does not address the vast majority of abortions that people in Ireland need. Similarly, abortion access based on a ‘rape clause’ is unworkable and would simply add distress to women who are already victims and facing an unwanted pregnancy by asking them to engage in the lengthy process of proving their eligibility for abortion access.”

“Access on grounds of risk to health is of course essential, but we do not believe that legislation needs to specify exactly what risks should apply in what case – this is an issue to be decided by pregnant people and medical professionals.”

Ms Kavanagh continued, “The Abortion Rights Campaign does not advocate for gestational limits, as we know they are medically unnecessary and become a barrier to access for the most vulnerable. We believe in trusting women and pregnant people, along with their doctors, to make the medical decisions they need. The best way to meet the needs of abortion seekers in Ireland and to ensure access to those who need it is to decriminalise abortion and to introduce free, safe, and legal access.”

Ms Lanigan added, “We also welcome that the ancillary recommendations of the report include improvement of standards in maternal and perinatal care, especially the recommendation that 20-week scans be provided as standard in all public hospitals. This gap in care has long been highlighted by AIMS Ireland, Midwives for Choice and other groups. The Citizens have shown a sincere depth of understanding of the full range of issues surrounding reproductive rights and justice in Ireland.”

Ms Kavanagh concluded, “The Citizens have shown us a possible vision for the future of Ireland, with more education around sex and healthcare, more supports for people whether they decide to have an abortion or continue their pregnancy and one which is more equal in its care of pregnant people. We now need the government to catch up to this vision, and call a referendum to repeal the 8th Amendment so we can have real and realistic access to abortion for everyone who needs one.”