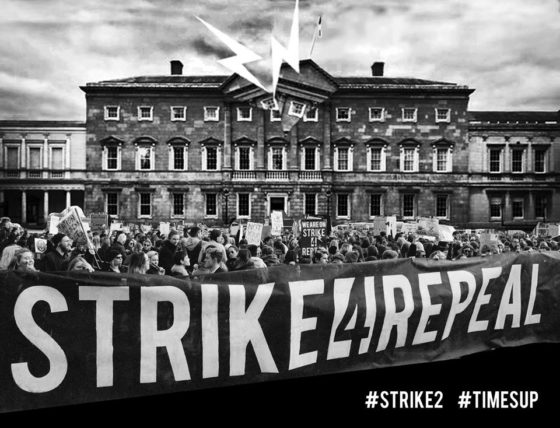 On the last day of the government debate on the 2018 referendum on the Eighth Amendment, Strike 4 Repeal will gather in front of Leinster House.

Come join Strike 4 Repeal to let our politicians know that #TimesUp, the #StrikeAssembly is watching and we won’t accept anything less than straight repeal and full abortion rights.

On Wednesday, 17 January from 5pm outside the Dáil, Strike 4 Repeal will be live streaming the debate. Make your voice heard at the Strike Assembly and let those inside the gates know that we are watching, we are organised and we won’t wait any longer for our rights.

Watch this space for more details and be ready to make your voice heard, loud and clear!

This is NOT a Strike, but a way to watch the debate as a group and to decide collectively, if the government propose to replace or restrict access to abortion, what Strike 4 Repeal’s next move should be.