Sligo Launch of Northwest Coalition To Repeal The 8th 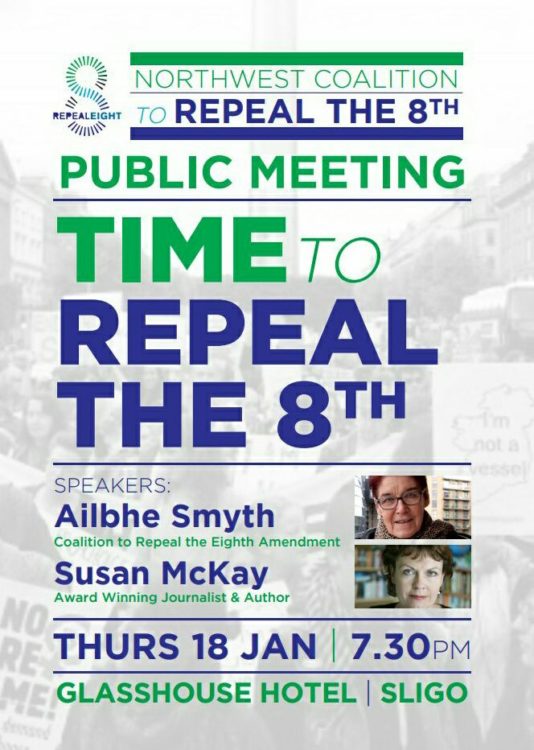 Hosted by North West Coalition to Repeal the Eighth

The North West Coalition to Repeal the Eighth consists of community activists, NGOs, Trade Unions and political representatives who have united with a shared vision to repeal the eight amendment.

The speakers on the night will be Susan McKay & Ailbhe Smyth. Susan Mckay is well known in Ireland and abroad as an award-winning journalist and writer, as well as a broadcaster and documentary maker.
Ailbhe Smyth is Convenor of Coalition to Repeal the 8th Amendment. Ailbhe is also an academic, feminist and lesbian activist. She was a founding director of the Women’s Education, Resource and Research Centre (WERRC),

With a referendum due to take place in 2018, the coalition is now calling on those who are interested in campaigning for a repeal of the eight amendment to attend the open meeting.