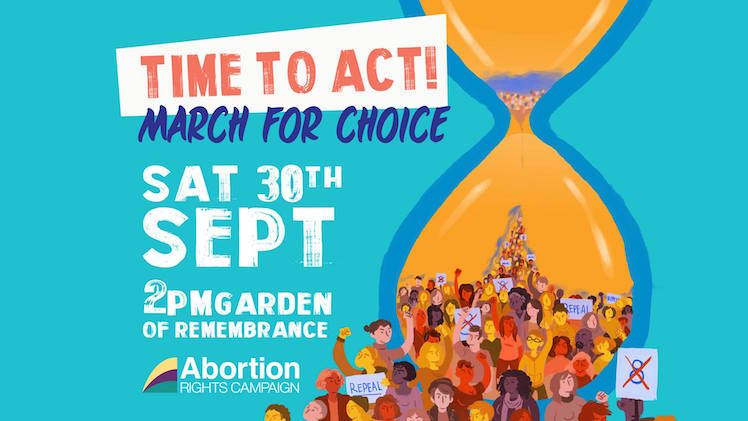 The 6th Annual March for Choice, takes place on Saturday the 30th of September, assembling at the Garden of Remembrance on Parnell Square from 1.30pm, before we march on Dáil Éireann at 2pm.

The theme of our March this year is Time to Act!

The Citizens’ Assembly report shows us the Irish people are pro-choice. We are ready for change.

The movement to repeal the 8th Amendment from the Irish constitution has gone from strength to strength. In March, Strike4Repeal saw thousands of people occupy O’Connell Bridge, and march on the Dail in the evening, with countless more on the streets in cities around Ireland and abroad, showing that the issue of abortion rights is not going away.

This year we have learned of young children sectioned under the Mental Health Act for seeking abortions, of suicidal women denied access to the abortion they’re entitled to under the Protection of Life During Pregnancy Act because their doctor doesn’t think they’re “suicidal enough”.

Meanwhile in Northern Ireland women continue to be prosecuted for procuring their own abortions, even though the push to decriminalise abortion is growing in the rest of the UK.

We need full repeal of the 8th Amendment in the Republic of Ireland, and proper legislation in Northern Ireland. We need access to free, safe and legal abortion for all who need or want it. And we need it now.

Join us on September 30th to make your pro-choice voice heard, this is your last chance before a referendum is called.

TRANSPORT TO THE MARCH
Find out all you need to know about getting to the March for Choice here. 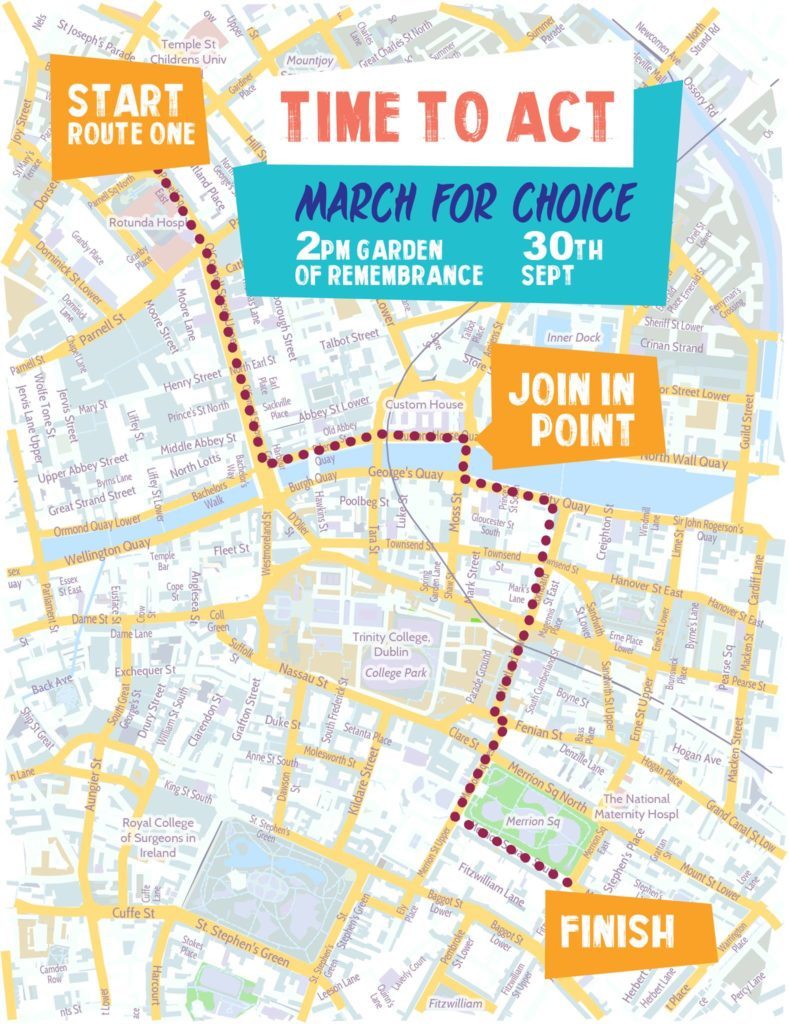