Press Release: Abortion legislation must be passed in time for January 2019 deadline 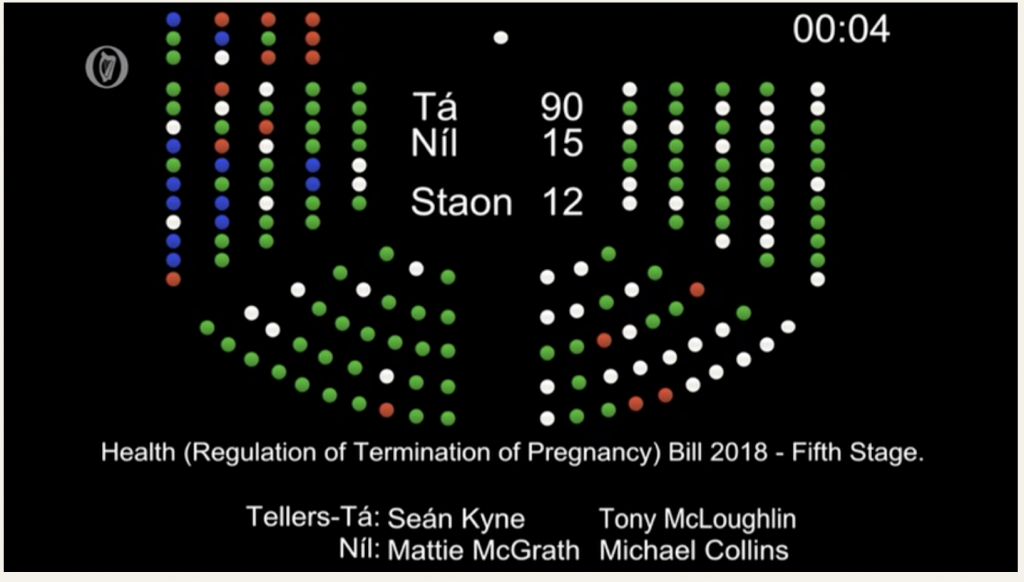 The Government has a duty to ensure that legislation is passed as soon as possible to ensure the timely provision of abortion services and stop even more pregnant people having to travel.

The Abortion Rights Campaign welcomes the passage of the Health (Regulation of Termination of Pregnancy) Bill in the Dáil. While we remain troubled at numerous provisions contained within the Bill, this is a momentous step towards achieving abortion rights in Ireland.

Linda Kavanagh, spokesperson for the Abortion Rights Campaign said “This legislation has been a long time coming. The people of Ireland have been fighting for over 35 years to access abortion at home. Since Ireland’s decisive yes vote on May 25th, more than 1,650 people have travelled overseas for an abortion and over 550 have imported safe, but illegal, abortion pills. The cruel reality of the 8th Amendment continues.”

She continued “Doctors can and must provide healthcare for their patients. We know there are many pro-choice, patient-centred doctors who are ready and willing to give pregnant people the healthcare they need.

We, as activists, have spent years fighting for accessible, accountable and evidence-based legislation to provide abortion care. We are extremely disappointed to see that so many valid improvements to the legislation were voted down, on shaky grounds, to the detriment of pregnant people across Ireland. We have steadfastly highlighted the problems with the legislation throughout this process. We will continue to fight for access to free, safe, legal and local abortion services for all those who need it on the island of Ireland.

The many politicians who celebrated the success of the YES campaign now have a duty to uphold its result and work for accessible abortion across the country. While the debates continue, there are pregnant women and people all around this country quietly awaiting basic healthcare come January. We remind our politicians that there is too much at stake in this matter, and we will not tolerate delays.”

We urge members of the public, especially those on the Seanad electoral register, to contact their Senators in advance of tomorrow’s final debate.

One thought on “Press Release: Abortion legislation must be passed in time for January 2019 deadline”