In the wake of revelations about the inhumane treatment of Ms Y, the publication of guidelines on the implementation of the Protection of Life During Pregnancy Act (PLDPA)—which, terrifyingly, include new recommendations to provide a woman asking for abortion with early induction or caesarean section—and more patronising and dismissive comments from the Minister for Health, the Abortion Rights Campaign (ARC) invites all those who support broader abortion access to join us, to speak with their feet and March for Choice on 27 September.

“This march signals a renewed vigour in pro-choice activism” said Justine Murphy of ARC. “Since the Abortion Rights Campaign was founded two years ago, there has been a marked change in public opinion. But while the country has been urging action, demanding the much-delayed guidelines, calling for a referendum and celebrating the UN Human Rights Committee findings, the best the Government has to offer us is the entirely unworkable, toothless PLDPA. That long-awaited legislation provided limited access in the rarest of circumstances and a fourteen-year prison sentence in all other circumstances. A suicidal woman was forced to comply and give birth against her wishes while in State care. It has always been clear to us that this Government drafted legislation that does not actually provide new care or legislate meaningfully for X, and with each mistake, delay tactic and dismissive statement the people in Ireland are growing tired of waiting.”

“Contrary to Minister Varadkar’s statements, and having had over 30 years to consider the matter, we know exactly what we want: a referendum to repeal the Eighth Amendment and the creation of a clear health-care pathway to abortion access. What we want is simple: real and realistic abortion access in Ireland. And we will work and march until we have it.”

Mark Murphy from Doctors for Choice stated: “The fact that Minister Varadkar implies that placing maternal health-care decisionmaking in the hands of the women affected is an ‘extreme’ position shows how far behind he and many members of this Government and previous administrations are in acknowledging public opinion on abortion. The recently released guidelines have further blurred the lines as to when abortion is permitted—and not with the addition of directives on early induction and caesarean section, two procedures with extant guidelines, both of which do not provide the patient with their requested procedure. This is condescending law and a frankly dangerous precedent of malpractice to write into law.”

Speaking today, Clare Daly TD said: “Minister Varadkar spoke of ‘a time and a place for a considered and non-ideological debate’ on abortion. The time for debate is long over: we need action. He says it ‘should not be done on foot of a tragedy or hard case’ and ‘not in the run-in to a general election’. We say: ‘Why not?’ It is precisely the failure of this Government, like previous ones, to adequately deal with the need for proper abortion rights in Ireland that has brought the issue to the door of the general election run-in and sadly led to the tragedies and ‘hard cases’ that have occurred.”

Daly continued: “Women in Ireland have a legal right to abortion through the right to travel but we cannot exercise that right at home. This is rank hypocrisy—an Irish solution to an everyday reality. The hypocrisy increases for the economically disadvantaged or migrants who cannot access the ‘right’ to travel for abortion at all. We’re marching on Saturday to demand action on abortion. Repeal the Eighth now! Legislate for free, safe, legal abortion at home.”

The Abortion Rights Campaign, joined by civil society organisations, unions, migrant groups, political parties, invites everyone to gather for a festive and proactive March through the capital city to call for the abortion rights, the bodily autonomy and the values we really want to live by in Ireland.

FREE TO USE PHOTOS: 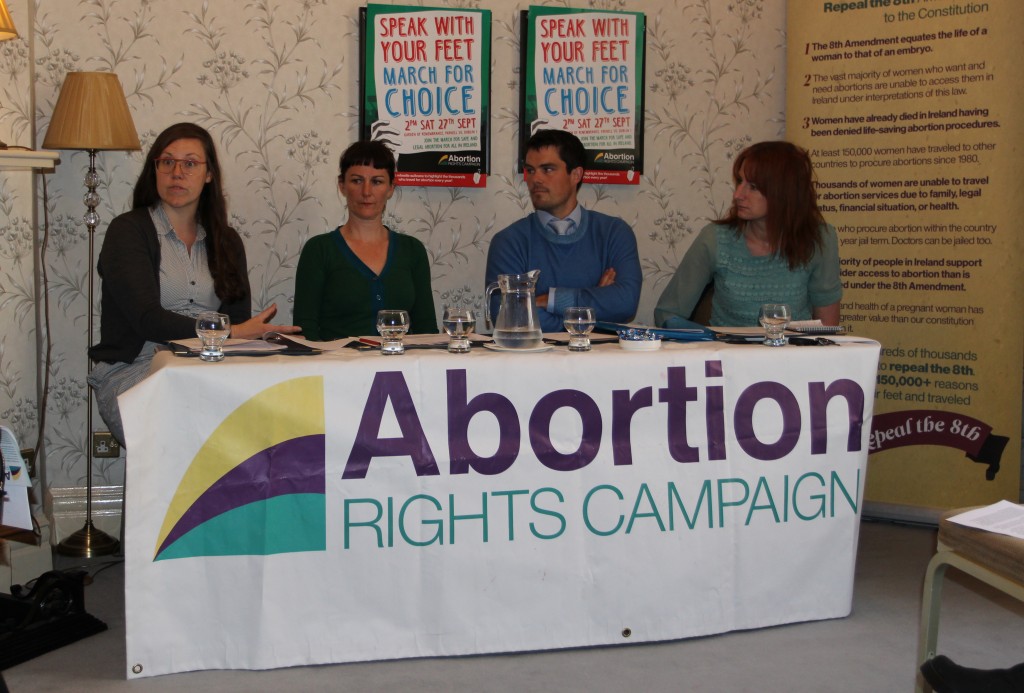 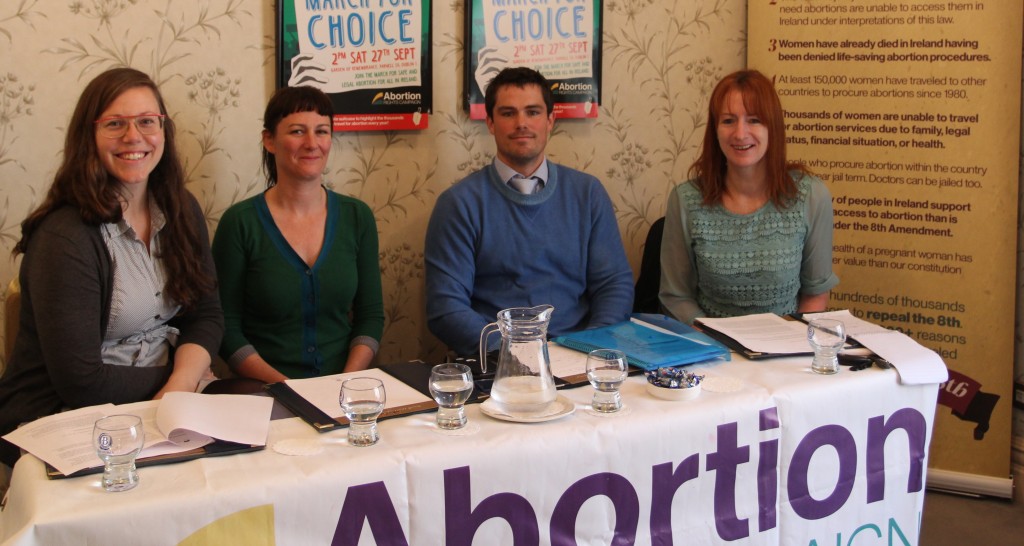 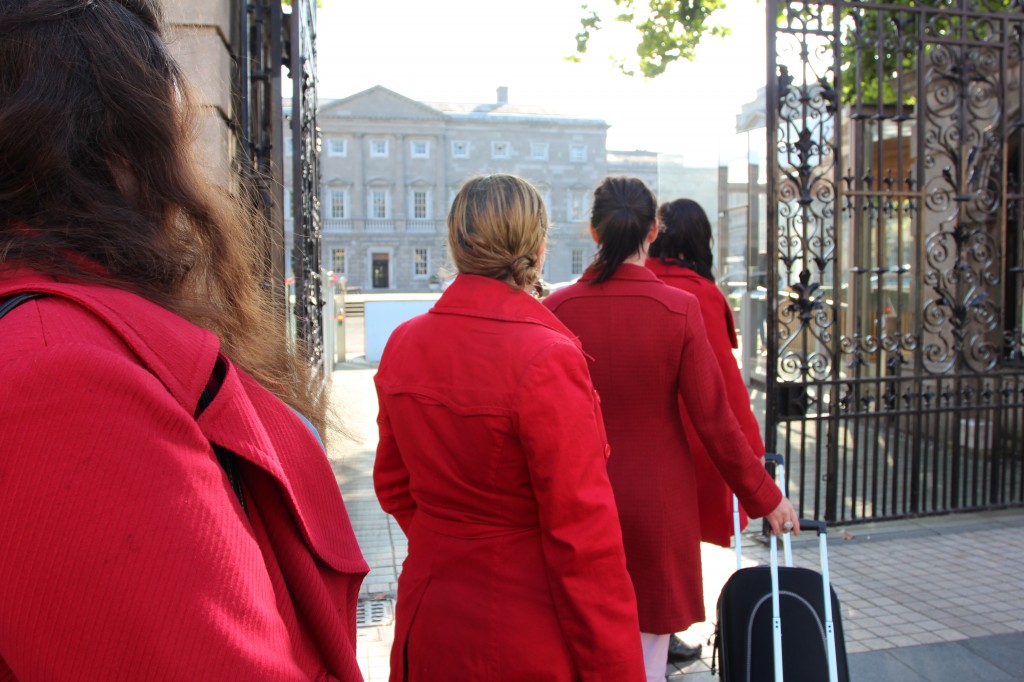 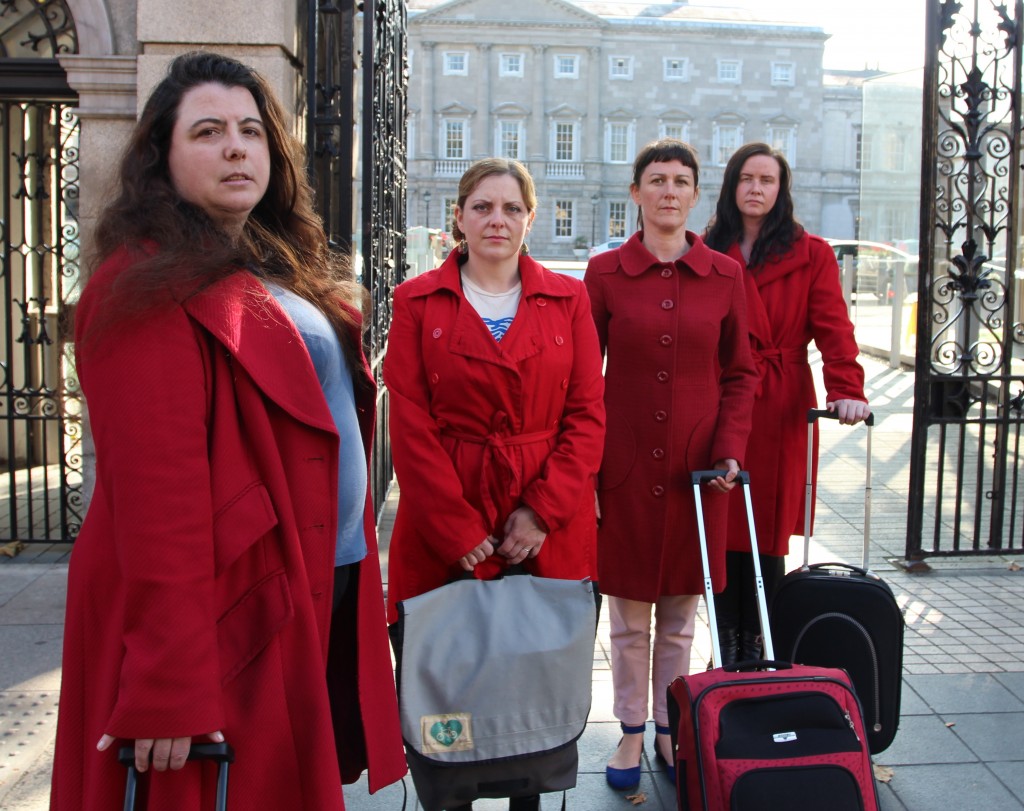